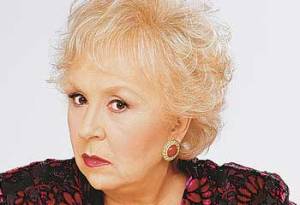 Nevada lawyer Mark Liapis decided to represent a man sued for divorce by his longtime spouse. The spouse petitioned the court to have him barred from the case, and the court agreed: Mark was, after all, representing his father against his own mother.

Marie Liapis argued that he son had an inherent conflict of interest because of split loyalties, and that she had shared confidences with him that he should be barred from using against her. She also argued that he might benefit personally from the divorce, since he was a likely beneficiary of any estate. The court of appeals reversed the lower court, saying that no legal ethics rules made this unusual representation inappropriate. [You can read the opinion here.] If she shared confidences with her son that were relevant to the divorce, she didn’t do so as a client, so the legal ethics requirement that a lawyer must not use confidences against a former client doesn’t apply. According to the law, Mark has no property at stake as a potential beneficiary, so that doesn’t constitute a conflict of interest. The rules leave it up to Mark and his father whether his loyalty to Mom will stop him from giving zealous representation: Mark obviously doesn’t think it will, and his father trusts him. Yes, this looks bad, but the American Bar Association got rid of its “appearance of impropriety” prohibition long ago. Is there any actual impropriety? Not in the framework of lawyer duties and obligations.

In short, Mark’s representation is 100% ethical according to the ethics rules of the profession, which are only concerned with lawyers fairly and honestly representing their clients, not whether doing so hurts someone else’s feelings, or whether it represents a deep family betrayal.

Is it ethical, though?

14 thoughts on “The Difference Between Legal Ethics and Ethics: A Son Takes Sides”