I suppose they just can’t help themselves, sometimes. 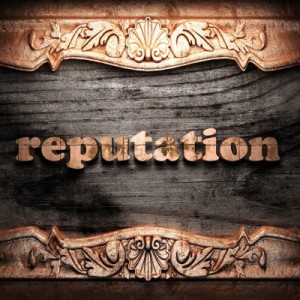 So handsome…and so foolish to mess up with partisan politics.

I support the American Civil Liberties Union because of its mission, and because it is on the correct side of issues more often than not. Still, it is stocked with left-wing ideologues, and too often is blatantly political, which damages its reputation, perceived integrity and effectiveness. Every American should be a supporter of a non-profit organization that stands for individual rights and freedoms as defined by the Constitution. Once such a group aligns itself clearly with one side of the political spectrum, however, this is impossible. At very least, the organization should refrain from partisan political attacks, which raises questions of conflict of interest, fairness, and independent judgment. The ACLU is too important to sully with political bias, but since it is run by people full of it, such taint is inevitable.*

Thus we have the embarrassing “report” by ACLU Liberty Watch. I can’t tell what the affiliation with the ACLU is; I assume that the ACLU approves and oversees an entity that leads with its name. This report attacks Mitt Romney’s running mate, Rep. Paul Ryan, as being “anti-civil liberties,” using the most dubious and extreme rationales to do so. My instant reaction: How can I trust an organization that proudly publishes such slanted trash with such obvious partisan intent to be a dispassionate watchdog on my civil liberties?

The answer: I can’t. Neither can you.

On a fifth issue, the ACLU is correct that Ryan’s opposition to equal rights for gays in the military, marriage and elsewhere is hostile to civil rights principles.  The rest? Pure, unvarnished partisan politicking, with lazy logic and unfair word games mixed in.

* I thought this passage was sufficiently clear, but apparently not, based on some of the comments below. Let me be clearer. The ACLU needs to be an absolutist defender of constitutional rights, standing for the rights themselves, regardless of who the violators are and what their reasons may be, and regardless of who the victims are. Engaging in partisanship destroys the organization’s claim to be an unbiased defender of freedom, If it shows itself more sensitive to violations of basic rights by one side of the political spectrum or against one side, while overlooking other equally egregious conduct when it is either engaged in by the other side, then any future position taken by the ACLU is vulnerable to attack on the grounds that it is based on politics rather than an unbiased fealty to the Bill of Rights. If the ACLU is not perceived as being blind to politics and ideology, then cannot be as effective, because it will have no moral authority.

It is not blind to politics. As the Ryan “report” shows, it doesn’t even attempt to be.

39 thoughts on “Ethics Dunce: The ACLU”