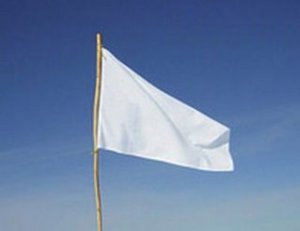 More than a week ago, one of my blogging, legal, ethics idols, Ken at Popehat, took issue with my post stating that the midnight questioning of Nakoula Basseley Nakoula (the alleged producer of “Innocence of Muslims,” the crude anti-Islam film then being blamed by the Obama administration for all the violence that erupted in the Middle East on September 11) would appear both abroad and at home to be in retaliation for his exercise of his free speech rights, and should have been avoided even if it was otherwise justified by his parole violations. Ken wrote:

“…What separates us from the mob is the rule of law. We shouldn’t ignore the rule of law by violating First Amendment principles in what Eugene Volokh correctly points out would be an utterly vain attempt to appease a mob. On the other hand, we shouldn’t hinder the rule of law to avoid the appearance of appeasement, either. That’s still letting the mob dictate our actions and our adherence to our own laws. “We would normally do X, but we mustn’t because it might enrage the mob” is just the flip side of “We would normally do X, but we mustn’t because it might embolden the mob.” Both are a sucker’s game. The mob’s actions are going to be driven by its own culture and by the people manipulating the mob for their own political gain. Jack, and others, seem to be saying that the mob will misunderstand the orderly administration of the law in this instance: but is there really any chance that the mob will ever make an honest attempt to understand, or will care, or that the forces manipulating them will react honestly? Respect the rule of law and fuck ’em if they don’t like it.”

On this blog, commenter tgt was more succinct:

“Jack’s view of law is that if you are enough of a dick, you should be immune from prosecution for any action.”

Today Nakoula was arrested. Here is how CNN’s Headline News described it as I watched: “Nakoula Basseley Nakoula, the alleged producer of the anti-Islamic film “Innocence of Muslims” which has been blamed for inciting protests and violence against American Embassies, was arrested by Federal agents. The judge said that Nakoula doesn’t deserve bail…”.  Here is the Washington Post headline, from the print addition:

More than half the article is about the film; there is one paragraph about the parole violation that is, ostensibly, the reason for the arrest.  This is Voice of America’s headline on the same story…get that? Voice of America?

This Radio Free Europe’s headline on the web:

US Man Linked To Anti-Islam Film In Custody

And there are many, many more. It is not just the mob on the Arab streets that are getting the message that the U.S. is punishing a film maker for the content of his film. That is the message Americans are getting too, and it was completely predictable that this would happen. The harm this does to free speech in the country is incalculable. I don’t know that this is the message that the Obama Administration wants to send abroad, or to Americans. I regard the administration’s commitment to free speech questionable, but I also doubt its competence: either way, I believe, as I stated before, that the wide-spread  perception that the United States government was punishing a film-maker who dared to express anti-Islam sentiments was sufficiently damaging to the nation that a responsible government would avoid it, even if it allowed a parole violator to escape legitimate sanctions. To the contrary, it seems that our  justice system has gone out of its way to encourage this perception. Why was this evocative midnight scene…

…created at the zenith of international calls for U.S. censorship of anti-Islam speech and official actions against the makers of “Innocence of Muslims”? Why did the judge say yesterday that he was withholding bail because Nakoula was “a danger to the community”? Why was Nakoula finally arrested the day after the White House’s efforts to blame his film trailer for the attack on our Libyan embassy were finally shown to be a disinformation campaign, and two days after President Obama ominously told the United Nations, “The future must not belong to those who slander the prophet of Islam”? Could the message be any clearer?

I agree with Ken that the rule of law is crucial, and that threats of violence from terrorists should not cause us to betray it. But Ken is a former prosecutor. He knows that prosecutors waive prosecution in a myriad of cases on utilitarian grounds, and that the exercise of rational prosecutorial discretion is considered a strength of the system. Sometimes prosecutors refuse to prosecute because the costs of prosecution outweigh any benefits to society, or simply because the state doesn’t think it can prevail. Sometimes they refuse to prosecute because a law is outdated, or never enforced, and rigid enforcement will diminish respect for the rule of law in the community. Sometimes they refrain from prosecuting on humanitarian grounds, as when an elderly husband kills his cancer-ridden spouse who begged him to end her pain. Criminals are spared prosecution to get their testimony against worse offenders, or have them serve as informants. It seems to me that both upholding and appearing to uphold America’s enshrinement of free speech for all, regardless of content, is as important an objective as any of these, and certainly outbalances a relentless enforcement of “the rule of law” against a parole violation by a small-time swindler like Nakoula.*

I believe the way Nakoula has been handled chills speech in this country, emboldens the advocates of “hate speech” censorship, and signals to the mob abroad that indeed their violent tactics will cause us to compromise our most cherished principles. If our rule of law is as important as Ken says, and it is, then the core principles of the document that forms the foundation for our laws is equally important.

ANCHOR (Steve Kathan): The man behind the anti-Islam video that sparked outrage in the Muslim world is still in jail in Los Angeles. It’s for a probation violation.

RAVIV: I’m Dan Raviv in Washington. The short movie posted on YouTube has had a lot of diplomatic impact. It was clearly designed to insult the Prophet Mohammed, and a senior Obama administration official told CBS News last week that no one in the Middle East seems to believe that the US government could not stop the film from getting out. Now at least Federal authorities might be able to punish the filmmaker.”

ANCHOR The Dow is down 69. This is CBS News.

[All of this notwithstanding, Ken is doing his usual superb job of covering this topic, with a recent posts here, and an earlier one here. ]

* ASIDE:  I also find the nature of Nakoula’s parole violation troubling in context. Nakoula was ordered, as part of his parole, not to misrepresent his identity. His chosen speech, however, protected by the Constitution, predictably made him a target of Muslim vengeance, making an alias a matter of survival. Should a technical parole violation that is reasonably necessary to protect a parolee’s life and safety as he engages in legal and constitutionally protected activity be just cause for his arrest and imprisonment?

31 thoughts on “Nakoula’s Arrest and Imprisonment: The Big Chill [UPDATED]”