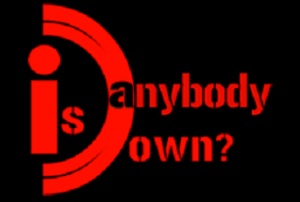 First Amendment lawyer Marc Randazza is a genuine Ethics Hero. I speak from personal experience: when a cyber-bully was trying to use a threatened libel lawsuit to force me to remove a posted opinion he didn’t like, Marc (thoughtfully referred by Ken at Popehat), generously offered his time and advice…and Marc does this all the time. Right now he has a different mission: exposing a revolting cyberscam and hounding the perpetrators into retreat. His target is the website “Is Anybody Down,” and a more disgusting web enterprise would be hard to imagine, and its parasitic creation, the “Takedown Lawyer.”

I’ll let Marc explain why he has “Is Anybody Down” on his hit list:

So now how do you “profit?” Well, openly saying “I’ll take down the photo for $250,” would probably create some legal issues for you. So, instead, you create a fake lawyer persona and say “I am an internet lawyer, named David Blade, III, and I’ll get your pics down for $250.”

Get the idea? This site solicits nude photos from vengeful spouses, cruel boyfriends, and mean-spirited jerks who either want to humiliate the individuals in the pictures or who just don’t care what damage they are doing or to whom. Then, right on the website, a “take down” service is offered to the victims, promising to get a photo removed for the economical price of only $250. The supposed champion is “David Blade,” who claims to be “The Takedown Lawyer.” Marc can’t find any evidence of a licensed attorney by that name, and there is strong evidence that he may be the operator of the site.

Marc Randazza contacted “David Blade” and announced that he was about to expose him as a fraud and a scammer. “Blade,” who admits that his name is a fake (which itself is an ethics violation, or would be if he were a real lawyer), has a roll-on-the-floor hilarious exchange with Marc, during which “Blade” makes statements that not only prove that he couldn’t possibly be  a lawyer, but also that he hasn’t even watched many lawyer TV shows. He is, however, furious that his little scheme has been discovered by someone with the skill and determination to kill it.

Randazza ends his expose with an offer:

“If anyone out there has been scammed by these crooks, contact me. I will represent you pro bono. If you’re not in one of my states of licensure (AZ, CA, FL, MA, NV) then contact me anyhow, and I’ll get you in touch with someone in your state“

He means it, too.

You can read more details on Marc’s excellent ( and often hilarious) blog, The Legal Satyricon, and also in the post by Ken at Popehat.

The “Takedown Lawyer’s” scam is especially flagrant, and yet flagrant scams on the internet regularly do immense harm because nobody with the knowledge and dedication to stop them makes a concerted effort to do so. Marc Randazza (and I should include Ken in this as well, since he also gallops to the rescue with regularity)  qualifies as an ethics hero because he uses his legal acumen, time and passion to right wrongs, not because it is lucrative, but because he can, and because he doesn’t want people hurt. This is the spirit that caused the practice of law to be called a profession centuries ago. Too many lawyers today have forgotten what that signified, but Ken and Marc remember, and they give us hope that a noble tradition isn’t dead yet.

UPDATE: For a disturbing and amusing examination of how twisted the scammer (s) really are, see Ken’s follow-up post here.

6 thoughts on “Ethics Hero Vs. Unethical Website and Scammer: Marc Randazza Takes Aim At The Contemptible “Is Anybody Down” and “The Takedown Lawyer””