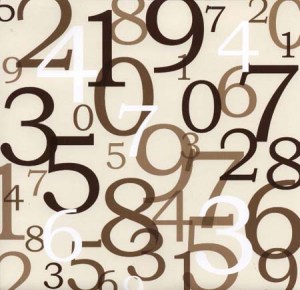 I have wrestled with whether to write this post for about a month now. I am not in the election predicting business, which is a fool’s game, and this is tangential to ethics at best. On the other hand, leadership and American culture are among the subjects frequently explored here. Nate Silver’s analysis of the Presidential election on his New York Times blog has been at once fascinating and aggravating for me, though it has been a godsend to my nervous friends on the ideological left. Silver has insisted that his statistical analysis of the polls fortells an Obama victory with increasing certainty. Last I looked, his model was showing the election to be all but in the bag for the President, with, Silver calculates, an 86% chance that Romney goes down to defeat.

I don’t question Silver’s figures or formula. He’s a statistics whiz. His mistake is trying to use the tools he has used to great success on the poker table and in the world of sabermetrics to analyze the election of a President of the United States, without acknowledging or understanding the core of the process, or the culture and context in which it occurs. In many elections, most perhaps, his model would work perfectly. This time, it is going to fail. Silver won’t see his failure coming because as brilliant as he is in his chosen field, his demonstrated expertise is in economics and statistics. He really believes, apparently, that American history doesn’t matter, that what Americans think about when they choose a President is irrelevant, and that numbers purify the discussion and remove all the bias and static. He couldn’t be more wrong.

The reason is simple and straightforward, and it has nothing to do with job reports, health care or contraception policies. Americans want strong leaders, and virtually never vote for weak ones. This is why two term Presidents always get a higher percentage of the vote when they run for re-election. If they don’t, it means that they flunked their four year job probation, and the voters want to try someone else. Barack Obama is a weak leader. His supporters will deny it, to some extent because most people only sense what leadership is, and can’t define it; after all, most of us aren’t leaders. But Americans know leadership when they see it and experience it, especially Presidential leadership. They know.

This isn’t a “Vote for Romney” screed, so I’m not going to recount every instance where I think Obama has displayed his lack of leadership skills. I have expounded on some of them, but far from all, in previous posts. He came to the office with no demonstrated leadership experience, and only one outstanding leadership tool: his ability to deliver a prepared speech. A few inexperienced leaders who have moved into the White House developed impressive leadership skills over the course of their tenures—Lincoln and Truman are outstanding examples. Obama did not. Strong leaders are not heard blaming the conditions they inherited and their predecessors in office for failed policies and disappointing results; Obama has done this over the entire span of his term. Strong leaders do not stoop to personal quarrels with the media or impugn private citizens. Strong leaders do not abdicate leadership and delegate key policy initiatives to narrow agenda legislative ideologues like Harry Reid and Nancy Pelosi. Strong leaders surround themselves with competent advisors, and fire incompetent appointees like Eric Holder, no matter what color they are. Strong leaders don’t confess impotence by complaining that the other party wouldn’t cooperate; strong leaders have the persuasive skills and political ability to make them cooperate. Most of all, strong leaders do not “lead from behind.” That is a transparent euphemism for not leading at all.

In a normal scenario, the election wouldn’t be close; not with the economic mess, the gridlock on Capitol Hill, Obama’s spectacularly broken promises regarding transparency and avoiding divisiveness, and higher taxes looming. Many factors have insulated Obama from the reasonable consequences of all this. He has a large voting block that is motivated more by group loyalty than self-interest; his cynical divisiveness strategy has been partially successful as an election strategy, though it will have terrible consequences that will plague American society for years to come; the news media has distorted coverage of both the campaign and the issues to an obscene degree in order to boost the President over the goal line; and Americans are naturally reticent to admit that they made a mistake, especially when that mistake made them feel so good at the time. Most of us wanted Barack Obama to be the Jackie Robinson of Presidents, putting bigotry on the defensive by delivering a brilliant Presidency. It was always a vain hope, for unlike Robinson he had neither the training, nor the talent, nor the character to construct an iconic performance, and being President is even harder than playing second base for the Dodgers. Voting the first African-American President out of office is sad, and voters are reluctant to do it. They will, however.

They will because the American template of Presidential leadership has been forged over more than 200 years. George Washington set the standard, and it has changed very little. The President is honest, courageous,and serves at the will of the people and for their welfare, not his own desires. He is honorable and straightforward, takes responsibility for mistakes and failures and is generous with credit for success and victory. He projects power and wields it with skill, but doesn’t abuse it. And he knows how to delegate, compromise, and get others, even those who oppose him, to follow. Most of all, he leads.

The public will choose that essential quality over all others. Clinton and Nixon were dishonest; Lincoln and FDR neared dictatorship; Teddy Roosevelt and Jackson seemed unhinged; Reagan and Eisenhower infirm. Never mind: they were seen as strong leaders, and strong leaders will be re-elected unless a stronger one opposes them. That hasn’t happened very often; I could argue that it’s never happened. In 1976, one weak leader defeated another one, when Carter beat Ford. That was a freak, I think: Ford had never been elected, and after Watergate, Americans decided that it would be nice not to have a real President for a while.

All Mitt Romney had to do was project more leadership promise than Obama, and he does. If you just hate Mitt, you’ll want to argue this point. Don’t. He’s almost a stereotypical American Presidential type, and he has a record of successful executive leadership. I have no idea what he’ll be like as a national leader. The best case scenario is FDR, who was similarly non-ideological. The worst case? McKinley, I guess. Colbert King, the usually rational Washington Post columnist, actually suggested that Romney will emulate Andrew Johnson, which is pure hysteria. Andrew Johnson, born in poverty, a runaway indentured servant who didn’t learn to read until he was married, alcoholic and becoming President with no executive experience whatsoever, may be the worst single comp for the blue-blood, Harvard-educated, teetotaling Romney in the whole Presidential line. The election isn’t about Romney, anyway. It is a vote of confidence on Barack Obama’s leadership.

Silver’s analysis presumes that none of this matters, just as the fanatical stat-head swamp in the baseball analysis world that spawned him often comes to absurd conclusions about their specialty. For example, anyone who has ever played sports knows that hot streaks and slumps exist, just as clutch play is a genuine phenomenon. Sabermetrics, however (at least the last I looked), has not developed any statistical model to confirm this, and thus the field’s majority position is that it is all just an illusion. A player’s string of game-winning hits or home runs is merely the equivalent of having a coin come up heads ten times in a row. Because psychology, character, response to pressure, determination and other human factors can’t be reduced to numbers, statisticians like Nate Silver think they are meaningless.

Presidential elections are more than numbers. They are part of a continuum, a vital tradition in our democracy when Americans reaffirm what kind of nation they live in, and sometimes judge whether a President is the kind of leader who traditionally has strengthened, inspired and  defined the United States  for two centuries Nate Silver doesn’t know, respect or care about any of that, and as a result, he is wrong about what is going to happen on Tuesday.

[You can read some different analysis of why Silver is wrong here, and here.]

156 thoughts on “Why Nate Silver Is Wrong”