“Gun owners often say they want the government to leave them alone; why then are some clamoring for Gregory to be prosecuted?” 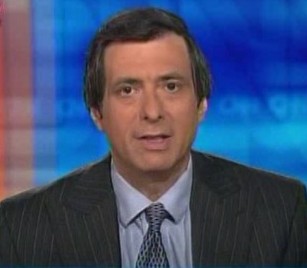 This is quite a spectacle, a real time unraveling and self-discrediting of a media ethicist because of biases he either cannot resist or doesn’t detect. Kurtz’s core ethical fallacy in ridiculing calls for Gregory to be held to account for a knowing, intentional, blatant and broadcast breach of a criminal law is so obvious it is stunning that he cannot see it. Kurtz is arguing that the law shouldn’t be enforced against law-breaking journalists “practicing journalism,” because they are special and deserve to be privileged, and because journalism is so important that it trumps the law. This is offensive to fairness, equality and justice, but because Kurtz is himself a journalist, he cannot see how intrinsically unethical his position is. He cannot see the most basic conflict of interest of all, self-interest, in himself.

In addition to being irresponsible and unethical, Kurtz’s statement is also desperately illogical. I don’t usually do this, but I’m going to turn this post completely over to law professor Ann Althouse, who exposes what is wrong with Kurtz’s quote as well as it can be done.  It also is a good opportunity to introduce you to her blog, which is routinely excellent.

3 thoughts on “Unethical Quote of the Week: Howard Kurtz”