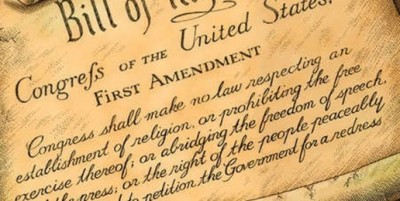 [The quote that follows is from the concurring opinion in the just-decided case of  Elaine Photography v. Willock, which challenged the proposition, discussed and endorsed on Ethics Alarms in several posts, that a business could not and ethically should not refuse service to same-sex couples.]

“On a larger scale, this case provokes reflection on what this nation is all about, its promise of fairness, liberty, equality of opportunity, and justice. At its heart, this case teaches that at some point in our lives all of us must compromise, if only a little, to accommodate the contrasting values of others. A multicultural, pluralistic society, one of our nation’s strengths, demands no less. The Huguenins are free to think, to say, to believe, as they wish; they may pray to the God of their choice and follow those commandments in their personal lives wherever they lead. The Constitution protects the Huguenins in that respect and much more. But there is a price, one that we all have to pay somewhere in our civic life.

“In the smaller, more focused world of the marketplace, of commerce, of public accommodation, the Huguenins have to channel their conduct, not their beliefs, so as to leave space for other Americans who believe something different. That compromise is part of the glue that holds us together as a nation, the tolerance that lubricates the varied moving parts of us as a people. That sense of respect we owe others, whether or not we believe as they do, illuminates this country, setting it apart from the discord that afflicts much of the rest of the world.”

——- New Mexico Supreme Court Justice Bossun, concurring with opinion in Elaine Photography v. Willock, which rejected the claim that legally requiring a photography shop to take photographs of a same-sex marriage was a violation of the First Amendment.

You can read the Volokh Conspiracy take on the case here, and here; Ken White has his usual trenchant observations at Popehat.

From an ethics perspective, however, Justice Bossuns’s words need no enhancement. I could not agree more, nor say it better.

80 thoughts on “Ethical Quote Of The Month: Justice Richard Bossun of The New Mexico Supreme Court”