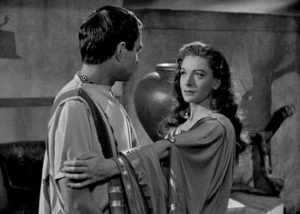 Michael Sam, an All-American defensive lineman from Missouri and the Associated Press’ SEC Defensive Player of the Year, told ESPN Sunday that he is gay. “I am an openly, proud gay man.” Sam is projected to be a mid-round draft choice for the NFL draft in May. If he is drafted and makes the team, Sam would be the first openly gay active NFL player.

We shall see. Sam’s plan, he said, was to announce his sexual orientation after the draft, which might have been wiser and more practical, though not as ethical. He said that rumors were circulating, so he decided to come out now.

However he arrived at the decision, Sam’s candor is a courageous act, and I assume he will suffer for it. No NFL team has to draft him, and many teams that might have will not, presumably, simply to avoid the distraction of media scrutiny. If they draft him and cut him, will he claim that it was out of bigotry? Will he sue? I think most teams will decide that there are other similarly talented non-gay players available, and let some other team jump into these roiling social change and political waters.

There is a reason why, when Branch Rickey  decided it was past time to end baseball’s self-imposed apartheid, he chose Jackie Robinson, a likely super-star, to be the sport’s race trailblazer. If Sam were a projected first or second round choice, the NFL teams couldn’t avoid him without being exposed individually for their bigotry. Any trailblazer, the first black baseball player, the first Jewish Supreme Court Justice, the first black President, has an unfair but unavoidable need to be Ceasar’s wife—more than just good enough, but nearly perfect, or their ground-breaking achievement will be incomplete, or even do more harm than good.

Note that pro basketball’s first self-declared gay man, reserve player Jason Collins, waited until after the end of the NBA season to come out of the closet, and no team signed him to play for it in the next season. At the time of his announcement, I speculated that the NBA would quietly make certain that he was signed by someone, for PR purposes. Nope. Nobody wanted him, and hardly anyone noticed, because he wasn’t a star.

I think Sam’s honesty is admirable in every way. My guess is that he hurt his career chances badly, and if that is the result, his courage may have the exact opposite effect that gay advocates and opponents of prejudice anticipate.