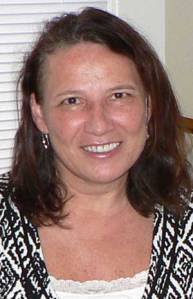 Marilyn Ringstaff, an excellent and much-admired lawyer who has friends who need to learn how to write ethical blog comments…

Marilyn Ringstaff, a 2006 graduate of John Marshall Law School, had to pay a $250 fine as a result of a minor traffic accident when she was a first year law student. She represented herself in court, challenging Abe Lincoln’s rule that “If you represent yourself you will have a fool for a client and a jack-ass for a lawyer,” and then proved Abe correct—on both counts— when she argued on appeal that her own representation was ineffective.

Ringstaff paid the fine and sent along an obnoxious note with two smiley faces, reading, “Keep the change—put into a police/judicial education fund. I can certainly say this has been an educational experience. I am now a second-year law student and can honestly relate to what a crooked and inequitable system of ‘justice’ we have.”

Georgia’s Board to Determine Fitness of Bar Applicants took offense, and recommended that she should not be allowed to take the bar exam. It cited the note and her defense tactics, along with comments Ringstaff made during an informal board interview that “every police officer lies.”

The Georgia Supreme Court rejected the board’s conclusions, and Ringstaff’s path to a legal career is unencumbered. I agree with the opinion. Her snottiness and arrogance are hardly out of character for many in the legal profession, and at least there is a chance that she will mature, improve, and learn from this close call. More likely of course, is that a profession with more than its share of jerks just embraced another one.

That doesn’t mean, however, that she won’t be a terrific lawyer for her clients. In the hierarchy of values for the legal profession, that’s what matters most.

The post is titled “The Legal Profession Welcomes Yet Another Arrogant Jerk Into the Fold” to which I appended the additional phrase, “..but not an untrustworthy arrogant jerk!”

What do we learn from the facts of the story and my commentary?

1. As a law student, Ms. Ringstaff sent an imprudent and impudent, gratuitously obnoxious note—with smiley faces, which itself should be subject to prison time—while paying a fine for her own misconduct. What she wrote is accurately reproduced, and the fact that it is the calling card of an arrogant jerk is beyond argument.

2. Georgia’s Board to Determine Fitness of Bar Applicants wanted to make an example of her, alerting other lawyer-to-be that calculated disrespect to the legal system was not the way to enter the profession.

3. The state Supreme Court felt that the Board over reacted.

4. I said that the Court was right, and that “there is a chance that she will mature, improve, and learn from this close call.”

5.  I also stated that the law is a profession with more than its share of jerks, and if Ringstaff did not reform, she would still have lots of company. I know of no lawyer, including the jerks themselves, who would dispute my assessment that lawyers are frequently arrogant and frequently jerks.

6. Finally, I pointed out, as I began, that being a jerk doesn’t mean she won’t be a terrific lawyer.

There is nothing in those conclusions that are unfair, inaccurate, or that do not follow from the published and unchallenged facts of the case.

One of the comments I got on the post was from a Christie Boyd, who wrote this:

“You have no idea of what you speak! Marilyn Ringstaff is one of the most ethical, honest people one would ever care to meet. She works very hard in our community to champion women’s health. She is a nurse/midwife and provides low cost health care to women who can’t afford to go to an OB/GYN. Just what have you done for mankind lately?”

Christie obviously didn’t read the post before reacting to it, a common practice in the blogosphere that will get your head handed to you on Ethics Alarms. I write these things to be read, thought about and debated, not to be thought about and debated without being read. Did I say anywhere that Marilyn wasn’t ethical? No. Did I suggest she was dishonest? No. Was there a word in the post that suggested that it was unlikely that she would work diligently to better society? No.

What is it then, that I have “no idea” about…what Ringstaff did and said and how the Board to Determine Fitness of Bar Applicants and the Georgia Supreme Court reacted to it? Those are matters of record, and they speak for themselves. Christie Boyd is an unfair and incompetent blog commenter, who accused me of having “no idea of what I speak” of, even as she wrote a nasty comment that suggests that she either can’t comprehend the English language or never actually read the post she is criticizing.

I don’t know what it is about Marilyn Ringstaff, but she appears to generate observationally-challenged supporters. Now, three years after the post, I get this, from another friend,  Kristen Sheeley.

“This is a hilarious article. I’ve worked with Ms. Ringstaff for 6 years–she is my mentor, my role model and my friend. The thing about Ms. Ringstaff is that she is not afraid to ask questions, speak out or call people out on their bullshit. She is not, as you propose, another arrogant jerk who lies and thrives off of the misfortune, ill health and vulnerability of individuals. She never speaks anything but the truth and all that she does is for others–with no monetary compensation in return. She pursued law school so that she could better understand our legal system surrounding health care–so that she could serve our community to the best of her ability. She is an advocate for all women in our community. How can one be an advocate without first advocating for herself? So, while your story is correct, your sarcastic depiction of Ms. Ringstaff is far from reality. Mr. Marshall, come visit our clinic next time you are in Rome, GA. Women of W.O.R.T.H., Inc. You could write some interesting stories about the serious ethics alarms happening in our healthcare and public health systems in Northwest Georgia.”

If she is referring to the fact that Ringstaff actually appealed on the basis that her own representation of herself was ineffective, yes, that is hilarious. If Kristen is implying, however, that the article was absurd in anything I wrote, she is deluded.

Nothing in my post suggests that Ringstaff  “lies and thrives off of the misfortune, ill health and vulnerability of individuals.” That is putting words into my mouth that I not only didn’t say, but didn’t think, and don’t think. Is Ringstaff an arrogant jerk today? I have no idea, as I made very clear in 2011, not being a soothsayer. Did she behave like one in 2004? The evidence isn’t in dispute, but that was ten years ago. The mature lawyer that Ringstaff is now, if accurately represented by her fan club, is not inconsistent with the lawyer I suggested Ringstaff might become. Nor was there anything sarcastic in the post. I know how to be sarcastic, as any regular visitor here knows.

This is another incompetent, misleading, badly-reasoned, and unfair comment. What it says, in essence, is “I really like and admire a lawyer whom you accurately criticized on the basis of what she really did,but I’m going to attack you anyway, regardless of the facts.” Well, I resent that. If this is what you have learned from your mentor, then she hasn’t come as far as I expected she would. In fact, I assume that Marilyn Ringstaff is thoroughly embarrassed today by the episode that got her in ethics trouble, and agrees that sending in a fine with smiley faces and the note “Keep the change—put into a police/judicial education fund. I can certainly say this has been an educational experience. I am now a second-year law student and can honestly relate to what a crooked and inequitable system of ‘justice’ we have” is not the proper standard of conduct for anyone in the justice system or preparing to enter it. If she does not agree, and still would send such a note, then she is, indeed, an arrogant jerk despite eight years of experience.

For Ms. Sheeley’s edification, here is the comment she should have written, which would have made a valid point, not misrepesented what I wrote, and also not prompted me to repost about Ringstaff’s ten-year-old indiscretion:

“I recently came upon your post from three years ago regarding Marilyn Ringstaff. To bring you up to date, I’ve worked with Ms. Ringstaff for 6 years–she is my mentor, my role model and my friend. From all available evidence, she has indeed become the excellent and trustworthy attorney you hoped she would, and your fears that she would be another arrogant jerk in a profession with a surplus of them did not come to pass.”

To which I would have replied, “Thanks for the update. I’m glad to hear it.”

20 thoughts on “On Lawyers, Jerks, and Ethics Blog Comment Malpractice”