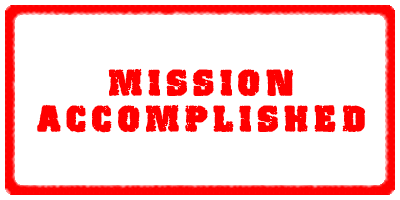 On “Face the Nation” this Sunday, host Bob Schieffer mentioned to guest Elijah Cummings (D-MD) that it was being reported that many African-Americans are worried the Secret Service would better protect a white president. “Eighty-five percent of all African-Americans that come to me mention what you just said, Cummings replied, “and I don’t agree with it.”

Well, that’s mighty big of the Congressman. He has been one of the many black elected officials who have periodically claimed that criticism of the President stems from a race-based hatred unrelated to his performance or policies. A responsible black leader would have said, not “I disagree” as if this was a matter for rational debate, but rather, “This is obviously unfair and untrue.”

I think the Congressman should have said, to be completely candid, something like this:

Eighty-five percent of all African-Americans that come to me mention what you just said,and I must say, Bob, I think Democrats, liberal pundits, Hollywood, the civil rights establishment, activists and many others like Chris Matthews—all of MSNBC, really—Bill Maher and Eric Holder, should pause to pat themselves on the back. After all, handed a shining opportunity to ease the tensions of racism with the election of a black President, we’ve managed against all odds to convert the majority of the U.S. African-American population into a paranoid, racist, fearful, whites-hating bloc that we should be able to keep voting Democratic for decades, while we convince the growing Hispanic-American population that whites hate them too. Of course, we have to appreciate the efforts of the media in painting that Trayvon Martin tragedy as a mad racist shooting  harmless child for “walking while black”—that helped a lot.

Luckily, whites don’t attribute all of the endless screw-ups of government agencies under the supervision of this black President to his hatred of them, or we might really have a race problem in this country. But that would be racist, anyway.  Actually, we could use that.”