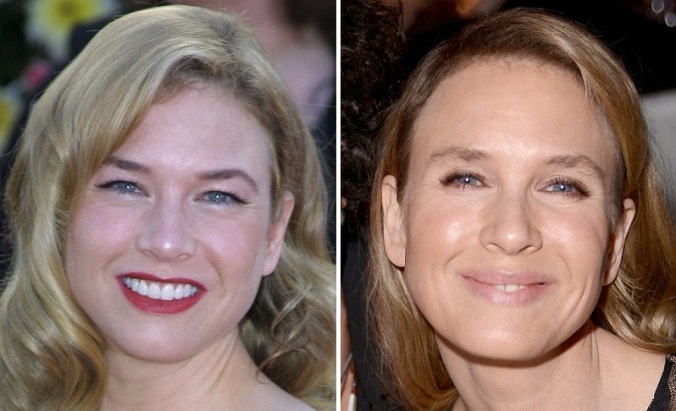 Reene Zellweger, the squinty-eyed, chipmunk-cheeked actress who achieved fame in such films as “Jerry Maguire” and “Bridget Jones’ Diary,” emerged from a period of relative seclusion this week looking like someone else entirely. The consensus was that the 45-year-old had undergone radical cosmetic surgery—not the face destroying kind that actresses like Meg Ryan or Priscilla Presley inflicted on themselves, but the “I don’t care if my mother won’t recognize me, at least I don’t look old” kind. When an actor or an actress does this, since their faces are their trademarks, it is bound to make an impression, and it has.

It is a tragic spectacle illustrating the degree to which American culture elevates looks above accomplishments, individuality, integrity and character, especially for women. Zellweger, whom I foolishly assumed was immune to this sickness since she was so unconventional looking, is obviously a victim, but now she is part of a cultural contagion. A fish doesn’t know that it is in water, and culture is like that water, completely constraining our attitudes, culture and choices without our knowledge or control. When celebrities, who have influence far beyond what their wisdom, virtues and value should rightfully support, and who are seen as being experts in the matter of appearance, send the message to the young and contemporaries that even the forfeiture of one’s identity is a fair price to pay to avoid the signs of natural aging, that pollutes our water.

And poisons the other fish.

Seeing Zellweger’s face reminded me of the “Twilight Zone” episode that disturbed and haunted me like no other. Written by Charles Beaumont, one of the series’ best writers, it is called “Number 12 Looks Just Like You.” The show portrayed a future America where everyone can be beautiful, thanks to a procedure that typically takes place in one’s teens. A smart, strong, independent girl wants to remain as she is, while everyone she knows—all model-beautiful, thanks to the procedure—try to persuade her that she is asking to be a lifetime pariah and an offense to all around her. Finally, she is coerced into conforming, and ends up looking like a clone of her pert, shapely, vapid best friend Valerie (Pamela Austin).  Worst of all, she is delighted with her transformation. “And the nicest part of all, Val,” she exclaims, admiring herself in the mirror, “I look just like you!” 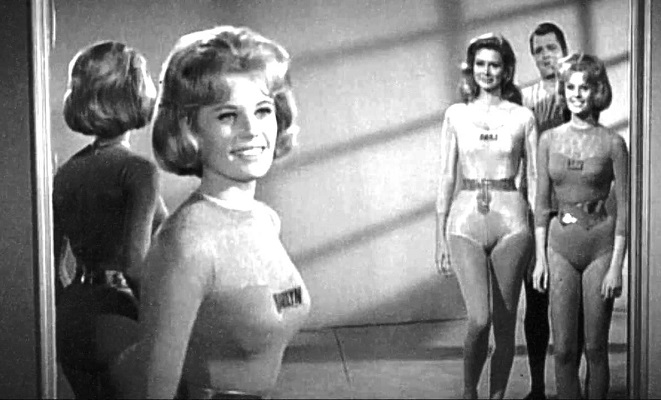 It still gives me the creeps to think about it.

Zellweger is doing her best impression of Marilyn, the tragic heroine of the episode, telling everyone that she’s glad people have noticed that she looks different, and is happy about it (though she is also lying though her teeth, denying that she had any “work” done.) The obsession the actress is intensifying in her own small way is so harmful. It warps our values and makes us confuse physical beauty with human worth. It distorts commerce and wastes time. It feed narcissism,  encourages doomed relationships based on aesthetics rather than substance, creates a class system where the wealthy have the resources to remain young-looking and beautiful while the poor do not, crushes the individuality and self-esteem of girls and young women, and makes us shallow and unhappy by creating cultural ideals that are impossible to attain. It creates idiotic and degrading role models like the Kardashians. Worst of all, perhaps, it makes us irrationally fearful of maturity and aging, which is to say, life.

Of course, Zellweger is free to do whatever she wants to her face. It is a tragedy, however, that she felt compelled to do that, and that in doing so, she brought American culture a little closer to a “Twilight Zone” nightmare.

You can view the “Twilight Zone” episode here.