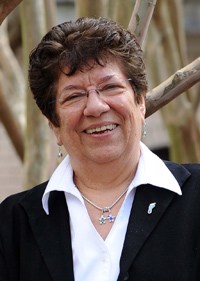 I finally completed the 6th Annual Ethics Alarms Awards for the Worst of Ethics yesterday, longer and more nauseating than its five predecessors, and also, as I realized when I awoke with a jolt at dawn this morning, more incomplete.

Somehow, I managed to omit two important and prominent awards that were in my notes but managed to elude me when I was preparing the final version. Here they are: I’ll be adding both to the official awards posts today:

Most Unethical University and Worst Academic Scandal of the Year:

The University of North Carolina and its incredible fake courses scheme that for 18 years between 1993 and 2011 allowed more than 3,100 students, 47.6 percent of them athletes, to enrolled in and receive credit for  classes that did not exist.

Prof. Jeanette M. Boxill, a philosophy professor and senior lecturer on ethics  who ran the University of North Carolina’s Parr Center for Ethics, and who somehow decided it was ethical to steer U.N.C.  into fake classes to help them maintain their eligibility with the National Collegiate Athletic Association, and actively worked to cover up the scam. Among other aspect of her participation, Boxill  helped players write papers, which the official university report on the conspiracy characterized as stepping across the line of permissible conduct.

The Chronicle of Education article about Boxill’s participation suggests that she rationalized helping the athletes graduate as “the ethics of care,” and a colleague says that she may have “often let her heart guide her.” Her heart guided her to allow students to acquire a degree that misrepresented their academic work to the world, and to perpetuate and further corrupt the already corrupt system of college athletics? Wow. For an ethics professor, she had a remarkably ignorant and unethical heart. She has,blessedly, been fired, and is appealing the decision.

I wonder on what grounds? I don’t think even The Saint’s Excuse (Rationalization #13 on the Ethics Alarms List) applies to her conduct.