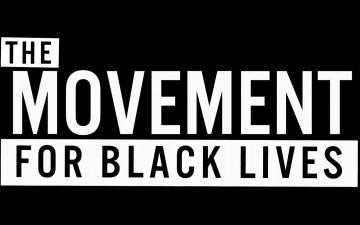 At a “Movement for Black Lives” rally at Cleveland State University, a public institution, an announcement was made to the crowd that “this is a peoples of African descent space. If you are not of African descent please go to the outside of the circle immediately.” White reporter Brandon Blackwell retreated  to the back of the crowd while being jeered by participants, as he was told by members of the crowd to stop filming, accused of being a white supremacist,  and hands were held up in front of his camera. At one point as Blackwell demanded that those blocking his view not touch his camera, a participant in the rally confronted him by saying, “I got 800 black people behind me, what the fuck you going to do?” [The video is available here .]

I have ten questions for African American activists, progressives, Democrats, BlackLivesMatter supporters, Democratic presidential candidates, liberal pundits, Cleveland State University officials and anybody else who dares to consider them:

1. How was this rally ethically distinguishable from a white supremacy or a KKK rally?

2. If Blackwell refused to “go to the back of the bus” as commanded, why would he be any less in the right than Rosa Parks?

3. If this is the developing tenor of the BlackLivesMatter movement, why shouldn’t the movement be regarded as a racist one and treated accordingly?

4. How can a university justify allowing a racially segregated event like this occurring on campus?

5. Why isn’t condemning such demonstrations a liberal and progressive obligation, and supporting such a demonstration a reactionary one, hostile to civil rights?

6. Is there an African-American leader, elected official, commentator or reporters with the courage and integrity to state that this conduct is unethical, illiberal and damaging to the social fabric of the country?

7. Are there any white ones with that courage and integrity?

8. If a rally at the University of Massachusetts demanded that all non-whites leave, this would be a major news story and pundits would be warning that a new wave of anti-black racism was on the rise on college campuses. Why didn’t this incident spark the same kind of publicity and commentary?

9. How is the sentiment, message and conduct illustrated by demonstrations such as these helpful, productive, or anything but destructive?

10. A popular and much quoted tweet, attributed to various conservative wags, is this. It is dismissed by Democrats and progressives as being an anti-Obama shot and no more. Why isn’t its underlying message undeniably true?

UPDATE: My answers here, but read the comments first.