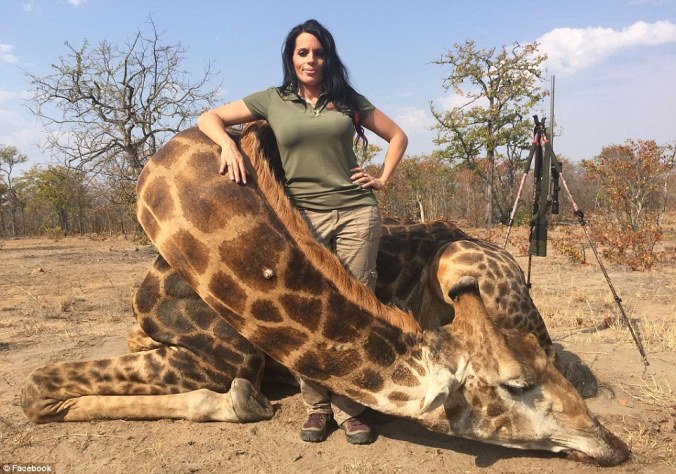 Sabrina Corgatelli, a university accountant from McCammon, Idaho, is engaging in such blatantly fickish conduct that I am tempted to change the term “fick” to “corgatelli.” I won’t, because the conduct by the felicitously named Leroy Fick (in proudly declaring to the media in 2011 that he would continue to accept public assistance from Michigan despite winning the state lottery) had no defenders at all, while Corgatelli has thousands of fans who are evidently just as warped as she is. Thus Corgatelli is a fick—an individual who not only engages in unethical conduct but who publicly brags about it—and Leroy Fick avoids the fate of being labelled a corgatelli.

I just wanted to get that bit of terminology housekeeping out of the way at the outset. I must say, however, that at least fick Fick’s motives for his fickism are traditional and comprehensible: selfishness and greed. Corgatelli pays large sums of money to travel large distances in order to kill endangered species. If forced with a crossbow to my head to play Sophie’s Choice with one fick or the other, I’ll keep Leroy.

Corgatelli has set out to taunt critics of Cecil the Lion Killer Walter Palmer by posting  serial images of herself on  social media, posing triumphantly with her big game victims, sporting captions like this one, attached to the photo above:

” I got a amazing old Giraffe. Such a amazing animal!! I couldn’t be any happier!! My emotion after getting him was a feeling I will never forget!!!’

In a Facebook post last week, she wrote: “All you haters, This is for you!! Have a great day, cuz I know I will!!'” and along with an image of a smiling Leonardo DiCaprio in his role as the Great Gatsby—wait, she hasn’t shot Leonardo, has she?? HAS SHE? OHMYGOD!-–she wrote: ‘To all the haters – stay tuned, you’re gonna have so much more to be pissed about.”