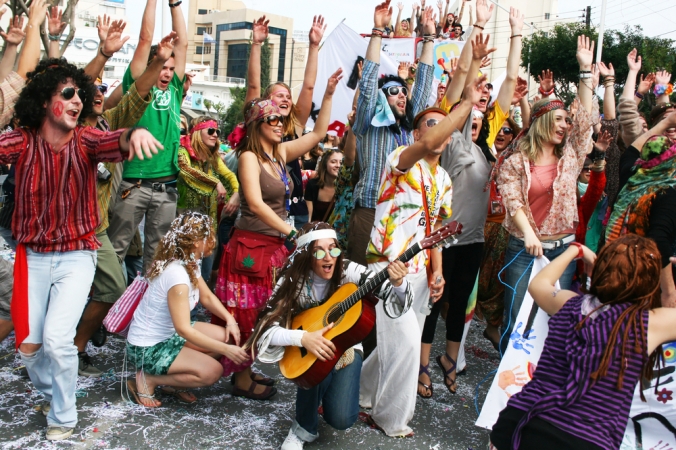 It is time—past time, really— for a another entry in the Ethics Alarms Rationalization List.

One of the most seductive and simple-minded of rationalizations, The Hippie’s License flourished in the 1960’s and still haunts us today. The theory is that that up-tight and sanctimonious moralizers drive mankind into misery, stress and insanity by denying basic human urges and instincts, and worse, declaring conduct based upon them wrong. This leads to guilt and the reduction of self-esteem. The Hippie’s License was employed in the Swinging Sixties to justify everything from promiscuity and adultery to petty theft and lawlessness,  incivility, vandalism, public defecation and poor hygiene. It was also, as it is today, wildly hypocritical: the hippies derided violence, and little is more human or natural than that.

The sad truth is that ethics are unnatural, civilization is unnatural, and the state of being human demands a greater acceptance of responsibility to others than nature has programmed into us. Ethics evolve faster than we do; while our DNA is telling men to mate with every healthy and attractive female, to fight those who challenge their status in their group and to take what we want and need whenever we want and need it, civilization, traditions, laws, societal standards, experience, knowledge, education and ethical systems instruct us otherwise for our own good Indeed, much of the task of being ethical involves recognizing natural instincts that make us do bad things, and resisting them.

Nothing, for example, is more natural than bias. Bias is a reflex emotion created by experience. We are hard-wired to be biased, because thinking takes too long in the wilderness, and by the time Natural Man or Natural Woman has examined all relevant factors in a situation rationally, they are dead. Bias is what makes us reluctant to eat strange looking foods that smell funny. In the jungle it keeps us from being poisoned; in civilization, it robs us of the joys of Brussels Sprouts. Bias aids survival, but it impedes the construction of a fair and just society where everyone can thrive and enjoy their lives. Let us stipulate that it is natural for those with power to use it, and thus to abuse it; it is natural to hate, envy, to be jealous, and selfish, and to act according to all of those natural impulses and more. That doesn’t make conduct springing from any of these natural impulses right, even if it feels good, and it often will.

Rationalization #51 has as many defenders as The Golden Rationalization, #1, “Everybody Does It.” Whole philosophies have been based on it, like Hedonism, which holds that personal pleasure is the highest human value. Ethics, however, is a practical discipline: an ethical theory that leads to societal disaster isn’t ethical. Hedonistic societies don’t work; that’s why you don’t see a lot of hippies any more, or if you do, you think of them as “inmates,” “convicts,” “incapacitated” or “the homeless.” Defending conduct as ethical because it’s natural makes as little logical sense as the converse, arguing that what isn’t natural must be wrong, otherwise known as “If God had meant us to fly, He would have given us wings.”

Sadly, it is natural to be unethical, which is why learning, thinking about  and practicing ethics are necessary and important.  It is also why coming naturally can’t possibly mean that a particular form of human conduct must be ethical. To argue that would mean that being unethical…is ethical.

I believe that we all can agree that it isn’t.