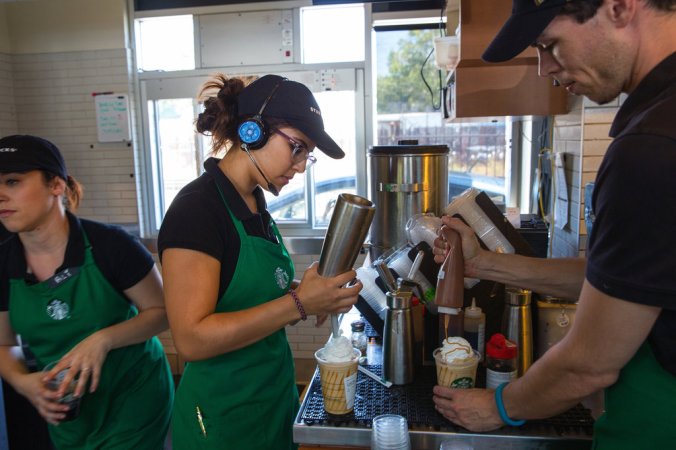 “Lady at Starbucks yelled at employee for serving old sandwiches marked 8/11. She was irate and insisted on seeing the manager. The manager told her that today was 8/11. Lady said “oh” and no apology for employee who was now in tears.”

And, apparently, nobody, including my friend, stepped in an demanded that the customer apologize.

We have a shared duty to keep up basic standards of ethics and decency. In this situation, and apology is mandatory, and if the woman, who had a valid reason to complain if she was right, didn’t have the sense, character or decency to do the right thing, she needed to be told, and even embarrassed.

Three incidents in my experiences come to mind….

I was shopping at a CVS last month and saw a two for one sale of 12 packs of Coke. When I got my sales slip, I saw I had been charged full price for two packs. I pointed it out, and the clerk checked. An expired sales slip (the date in miniscule letters) had been left under the item. “Sorry,” she said.

“You should be sorry, because you’re giving me that item at the posted price. I just happened to check the slip, which I usually don’t. That’s a bait and switch, and I don’t appreciate it,” I replied, a bit testily.

“Why are you yelling at  her? She didn’t mislabel it!” interjected another woman in line.

“She’s the representative of the store–see anyone else around?” I said. “This has happened to me before, and she should know that CVS is responsible for the listed price, expired or not. She is supposed to know that, not brush me off with “sorry.” If I yell at her, she tells her superior, and maybe this sloppy store stops doing this. Back off.”

But I should have complimented the woman in line for getting involved.

At my local 7-11, where I know all the staff, I watched a woman with a cell phone earpiece talk loudly with someone while paying for her items, barely glancing at the clerk handling the transaction. This really hacks me off.  I tapped her on the shoulder. “That’s rude and demeaning. What’s the matter with you? This employee is a human being. You look him in the eye, you stop what you  are doing, and you say “thank you.” She looked at me like I was deranged.

The clerk gave me a free bag of pretzels. (He knows my brand).

Years ago…hell, decades ago, I  bought something from a fruit stand in D.C. When I got the change, I realized that I have given the owner a twenty and only got change for a ten. I said so, and he denied it. I was adamant. I said that I knew I had a twenty dollar bill in my wallet, it was gone, and it was gone because I gave it to him. He got upset and started shouting; I made it clear that I wasn’t backing down. “Let’s get a cop,” I suggested. Other people were now listening. He gave up, gave me change for the twenty, and told me never to come back.

“Don’t worry about that,” I said as I left. About a block down the street, I found the twenty in my pocket.

I walked back, found the guy, who looked like he might hit me, and abjectly apologized. I even offered him the twenty. He just ordered me to leave.

I don’t blame him.

49 thoughts on “The Duty To Confront, Part One: A Starbucks Encounter”