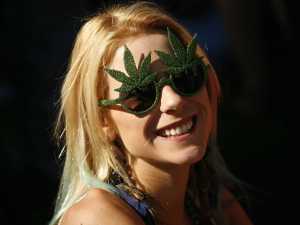 I’m probably going to stray a bit from strictly professional rhetoric here, but this really makes me angry.

According to a report released this month by the Rocky Mountain High Intensity Drug Trafficking Area, there has been a 29% increase in marijuana-related emergency room visits and a 38 % increase in pot-related hospitalizations during retail marijuana’s first year in Colorado.

[ NOTE: This is a correction. The original version of the post gave the wrong impression that hospitalizations were up: this was not my intent. Thanks to Humble Talent for being persistent. Ethics Alarms apologizes for the error. We’ll try to do better.]

Now 11% of Colorado’s 12 to 17 year-olds use pot,  56% higher than the national average.There has also been a 40% increase in drug-related suspensions and expulsions in school, primarily from marijuana.

Mercy, what a surprise! Who could have predicted that? Well me, for one, as well as others neither dedicated to getting their periodic recreational buzz nor addled by moldy Sixties cant.

Of course making pot legal and widely available for adults would cause an epidemic of use by kids, who, the evidence increasingly shows, may suffer long term adverse effects.  Of course it is causing accidents. Of course adding a third harmful legal drug to the devastating and deadly duo of alcohol and tobacco is going to make society dumber, less safe and less productive.

Diane Carlson, co-founder of Smart Colorado—a group that neither opposes nor supports pot legalization but that is dedicated to minimizing the harm due to legalization—agrees that what is going on with pot use in Colorado schools is “an epidemic.” “Kids have no idea how dangerous or harmful Colorado’s pot is,” she says. Of course they don’t: why would they? The government says it’s legal, which means it’s fine, safe, virtuous, just like the Beatles said it was. The government doesn’t make dangerous things that have no crucial purpose legal, and look! All the adults are saying how great it is to be stoned. What did Colorado expect?

Carlson blames commercialization. “Marijuana might have been legalized in our state; it did not have to mean massive commercialization and promotion of marijuana use,” she says. Of course it had to mean that. Wasn’t that one of the arguments? Let people sell it legally, so the money goes to the state in taxes and the profits don’t go to criminals! This is the United States: if a commodity is salable, there will be commercialization, and a lot of it. Not promote it??? Is she kidding? The cool people, actors, comedians, professors, liberals, artists, intellectuals, Hollywood—they have been promoting pot use for fifty years when it was against the law! You think they will stop promoting pot now that it’s legal? Wow. Smart Colorado, you say? Of course this was going to unfold this way.

All the upper-middle class whites who wanted their Rocky Mountain high refused to admit any of this, though, relying on the same lunk-headed rationalizations and false logic that have driven pot acceptance to this point. We heard one of them from Rand Paul last week: recreational drug use is a “victimless crime,” he said—except for all the children whose education is devalued and whose social skills are retarded, the families that are ripped apart, the businesses that suffer because their workers are stoned (visit a car repair place in Colorado), and the people killed in accidents. Does Paul think alcohol and tobacco abuse cause any suffering other than that of the users and abusers? None of the intellectually sluggish Republican candidates were awake enough to ask him that question, but Paul being a Paul, he probably does think that. Never let obvious facts interfere with ideology.

Or don’t let them interfere with your selfish pleasures, if you like your evening toke.  There are a lot of legal, safe, productive ways to relax and have fun that don’t require placing children and the underclass at increased risk—reading, blogging, charades, chess, watching the Rockies, having non-addled conversations with your non-stoned friends, sex, star-gazing—but never mind, damn it: these self-absorbed, arrogant brats wanted their highs, and they were determined to get them no matter how many truths they had to ignore, how many rationalizations they had to mouth or  how much society, especially the young, would suffer.

So here we are. Thank you, Colorado. Thank you for having the courage of your convictions and throwing your children’s brains to the wolves and society to the stoned. I can only hope that your state gets what you had no excuse for not knowing you were going to get good and hard, and that the results are so catastrophic and unequivocal that future states will be able to look at what happened in your schools, on your roads and in your workplaces and say, “Holy crap! The ones who said legalization was a stupid and irresponsible idea were right!”

Of course we were.

93 thoughts on “Let Us All Bow In Gratitude To Colorado For Generously Sacrificing Its Children And The Safety And Welfare of Its Citizens To Prove What Responsible People Knew Already: Pot Should Stay Illegal”