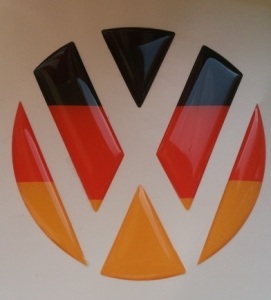 The second Comment of the Day, from prolific commenter Michael R, explores how the Volkswagen plot may have been nourished by industry-crushing over-regulation.

Here is his Comment of the Day on the post, “The VW Scandal: Huge Consequences, Simple Ethics Lessons, Ominous Implications”:

This scandal is worse that you present it. When you look at it, our government encourages such conduct. When you look at what happened, it sure looks like our wonderful Democrats hate the United States and the companies and working Americans. In 1998, the government went after US diesel manufacturers for a less-devious defeat device (it seems that it worked only when the engine was under strain and the emission controls worked at least some of the time during normal operation). They were fined and had to pay for environmental remediation to the tune of $1 billion. The software was not as essential to the running of the engines as VW’s, as the companies were able to make the engines compliant with a software fix.

Enter VW. They not only run this scam, but they market the vehicles as ‘clean diesels’ and environmentally friendly. They make the cars this way for over a dozen years. The EPA refuses to raise the emission limits on diesel cars because they say “well if VW can do it, you can too”, shutting US companies out of the market because they wouldn’t cheat. The environmental group that discovered this fraud was trying to study the VW diesels to prove that US car companies could do the same thing if they wanted to. Their premise was that the US companies are not dedicated enough and American engineers are not as smart as German engineers. What they found is that the VW diesels are horribly polluting cars. Eventually , they got the EPA to take notice. The EPA agreed not to fine VW and agreed to keep the whole thing quiet if VW would just fix the cars. Gee, why didn’t CAT and Mack get that deal? Do only foreign companies get such deals? The only reason this comes to light is because VW told them they fixed the cars and they didn’t. Despite this, it appears that VW is not going to be fined. In addition, the cars are still allowed to be on the road. They don’t meet emissions, never met emissions, can’t be made to meet emissions, but they are still allowed on the road. Those models aren’t legal to register in the US, why are the still allowed on the road. In other news, recent testing show that BMW’s fancy diesels, even with urea injection, emit well over the limit as well and the same is probably true of Mercedes’.

Why shouldn’t German companies act this way? There is no economic incentive not to. They know if THEY get caught, they won’t get fined like a US company will. VW just pushed it too far. If they had quietly recalled the cars, the EPA would have helped them cover it up. They couldn’t fix them, of course, because their engines aren’t even capable of meeting emissions and operate under load (unlike the US diesels above that got fined). We still aren’t going to fine VW (they have set aside money to deal with this and they aren’t including a US fine). We aren’t going to fine BMW. We aren’t going to fine Mercedes. Our government cares more about German companies and German jobs than ones in the US.

Another good lesson to remember, VW isn’t just a company, it is largely owned by the government. A government that likes to tout their own environmental excellence while denigrating the US. When the government owns the companies, who is going to protect you?