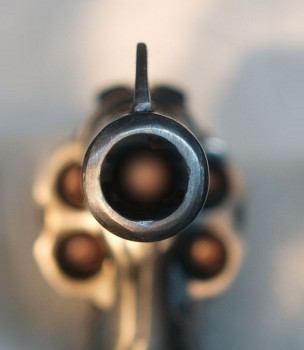 This morning on New Day, CNN’s Alisyn Camerota this morning hectored and badgered a GOP Congressman—as soon as I find the video, I’ll add his name–on the issue of gun regulations in the aftermath of the most recent mass shooting. Her fevered attitude and rhetoric, combined with the Congressman’s measured responses, should serve as a template for the commentary on future shootings.

It was an infuriating conversation, and like all recent conversations and speeches about guns, including the President’s irresponsible statement following yesterday’s shooting, it springs from an unwillingness to face facts, accept the nature of rights, and to be straightforward about what gun control proposals really mean.

The following are facts. Alisyn Camerota, like the President, and like her partner Chris Cuomo, who opined that anyone opposing gun control was “delusional,” either can’t accept them, or is unwilling to be honest and candid about their implications.

1)  Rights, if they exist and are upheld by the government, will always be abused by some people.

2) The only way to stop people from abusing rights is to end the rights.

4) As a result, they are biased and untrustworthy advocates on the topic of limiting those rights.

5) Abuse of the right to bear arms, since it necessarily involves a misuse of weapons, will always cause more harm and societal pain that the abuse of other rights. That does not diminish the value of the right itself, or the obligation of the state to respect and protect it.

6) When an anti-gun advocate says that we must prevent guns from falling into the hands of unhinged people, the only possible alternatives are locking up anyone who demonstrates any tendencies toward anxiety, emotionalism, irrationality, depression or poor impulse control, which is pre-crime and unconstitutional, and.or banning guns entirely…which is unconstitutional. No measures short of these will prevent a citizen demonstrating that he or she is too dangerous to own a gun by the act of shooting someone for the first time.

7) Liberal and progressives championed court decisions that ruled that non-violent citizens, no matter how disturbed, should not be confined in institutions against their wills. This protected the right of Americans to be free until they posed a clear danger to themselves or others, and was a principled policy change. It also has led to many deaths as a price for respecting our individual liberties.

8) Despite Camerota insistently asking the Congressman why something couldn’t be done to identify potentially dangerous crazy people before they do something crazy and dangerous, the answer is obvious. It’s impossible, without constricting the rights of innocent, non-criminal, non-dangerous citizens in order to try to stop the deadly ones.

A member of my extended family, in a group therapy session, was urged repeatedly by a psychologist to open up and express her thoughts. She said that in the past, after a series of misfortunes, she briefly thought about suicide. She had earlier noted that she owned a shotgun gun for Skeet shooting, legally. She was immediately put in a car and confined in a state facility, placed on a 48 hour suicide watch, and declared a danger to herself, which she was not. The family had to hire a lawyer and threaten law suits to get her out. This is already excessive state action.

Camerota, we could gather from her comments, believes that someone like my family member should not be able to exercise her right to own a firearm because a single hysterical, litigation averse government bureaucrat over-reacted…you know, just to be on the safe side. What her policies would mean, of course, is that communications between patients and mental health professionals would no longer be confidential, which would mean that these sessions would no longer be candid or therapeutic.

9) The right to protect one’s home, family, possessions, person and liberty with firearms remains a bulwark of the American ideal of independence and personal freedom. The statements from the President, Camerota, and others that only the U.S. has a problem with gun violence is irrelevant to the discussion unless the objective is to ban guns or lock up eccentrics and depressives before they do anything that justifies confinement. No other country shares the U.S.’s commitment to individual liberty.Obviously we are the only country with this problem. And????

10) Unless they are not thinking about the implications of their words, anyone who makes this observation is admitting that he or she does not value the American commitment to individual freedom as much as supporters of the Second Amendment.

My solution? I think it’s unethical to just leave an ethics discussion by saying that “you can’t get there from here,’ so here is what I think can be done, and that may help.

If more people are snapping and killing people, then the way to address the problem is to find out why, not to strip away important rights. I suspect that many people decide to start killing people when they feel like they have less liberty, that they cannot control their own fate, and that their last option to assert their independence is to lash out against society and civilization. I suspect that increasingly, due to technology, due to the proliferation of laws, due to the din of polarized political discourse and hateful rhetoric, and due to the fact that it is more difficult to function in our society without wealth, intelligence and knowledge than ever before, Americans are becoming lonely, desperate, cynical and hopeless. The answer, whatever it is, cannot involve taking their core rights and liberties away.

The answer, whatever it is, must involve making those rights more meaningful, and permitting more individual liberty, not less.

238 thoughts on “Regarding Gun Violence, CNN’s Alisyn Camerota Can’t Handle The Truth…and She’s Not The Only One.”