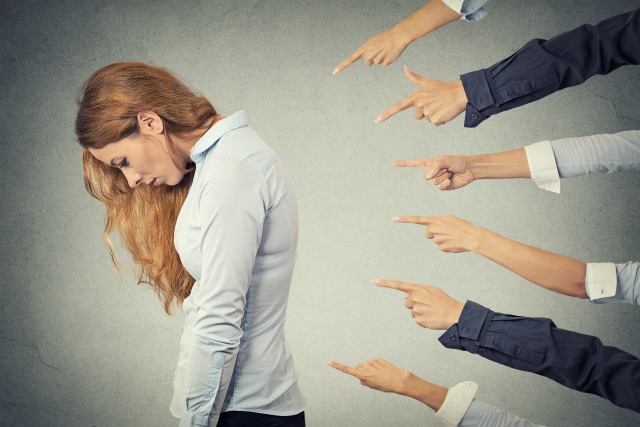 Senga Services, a Canadian cable company, recently web-shamed some of its  customers who were behind in their cable fees by listing their names and amount owed on Facebook. Of course, “it wasn’t the worst thing”—the company could have put up wanted posters

Naturally, the company had an excuse: Rationalization 2A, Sicilian Ethics.* “We always got excuses from everybody,” a rep for Senga told the CBC about the decision to publicly humiliate customers. “Promissory notes and everything, and it never arrives. So we found the most effective way is to publicly post the names.”

Effective, maybe. Ethical, never. Employing the threat of using humiliation to extract funds is indistinguishable from extortion. Yes, lawyers do it all the time, and mostly get away with it. It’s still wrong. It is particularly wrong when consumers have reason to believe that they are dealing with a business entity that respects their privacy and understands that their dealings, amicable or not, are not to be shared with the public. This is a dirty tactic, and in the U.S., an illegal one.  Section 551(c) of the Cable Communications Policy Act specifically prohibits cable companies from disclosing “personally identifiable information concerning any subscriber without the prior written or electronic consent of the subscriber concerned.” The Office of the Privacy Commissioner of Canada maintains that Canadian law only “allows organizations to use or disclose people’s personal information only for the purpose for which they gave consent,” meaning that there ” is also an over-arching clause that personal information may only be collected, used and disclosed for purposes that a reasonable person would consider appropriate under the circumstances.” Senga, not knowing ethics from a tree frog, feels that public shaming for amounts as small as a hundred dollars is appropriate. Nonetheless, Senga agreed to pull the shaming posts.

Ban them from cable service, take them to court, work out a payment plan, charge interest…all of that is fair and reasonable. Using private information as a reputation-wrecking weapon, however, isn’t.

I think the debts of every Senga customer who the company treated this way should be cancelled.