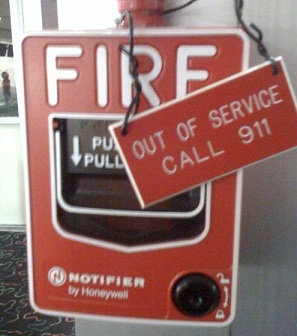 I mention this briefly, to illustrate my point that Donald Trump will keep testing the limits of human tolerance, even that of stupid, crude, bigoted, hateful and ignorant humans, until he exceeds it. This is a certainty.

Someone had thrown a tomato at Trump at a previous event, so at his Monday rally in Cedar Rapids, Trump told the crowd,

“So if you see somebody getting ready to throw a tomato, knock the crap out of them. I will pay for the legal fees. I promise.”

So we have now escalated from Trump kicking out protesters while directing that his thugs keep their coats, so they freeze, and thowing out reporters he doesn’t like, to directing the crowd to beat people up. This last would be enough for most decent, fair, civilized people, none of whom attend Trump rallies. What will make these people say, “Oh-oh! I don’t want to be associated with this guy!,” I wonder?

When he has the protester brought up the podium, says, “Stand him up!’ and breaks his jaw, like Captain McCluskey does to Michael Corleone? No? Not bad enough?

How about setting a protester on fire? How’s that?

It is certain, certain, that eventually Trump will go too far, because he has no ethics alarms.

29 thoughts on “So is THIS The Tipping Point For Trump Fans? Because One Is Coming….”