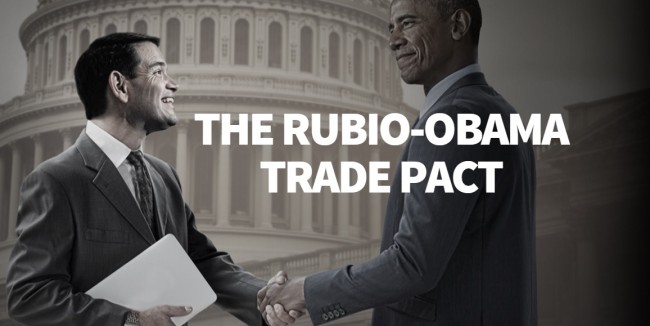 It’s time once again to examine the latest ethics escapades of our four front-runners to be the next President of the United States:

Well, what do you know? Despite turning the last Republican debate into a “Bush lied, people died” bloodbath of accusations right out of Move-On.org and asserting that his judgment is superior because he opposed the Iraq invasion “from the start,” Donald Trump in fact did support the war “from the start.” Newly re-discovered tapes from the Howard Stern show reveal the shock jock asking Trump, “Are you for invading Iraq?” and Trump replying, “Yeah, I guess so.” Asked at town hall forum by CNN moderator Anderson Cooper about the statement,  Trump responded: “I could have said that.”

Well, it’s on tape, Donald; you did say that.

Trump then insisted that his past support for the war did not matter because “by the time the war started I was against it.”

Oh, after the war started you were against it! 1) Prove it. 2) If someone makes public statements on all sides of controversies, does that allow them to pick whichever one turns out to be correct after the fact? Or does it just mean that the individual is an untrustworthy, dishonest, feckless hack?

Trump blew up the last debate and wounded his entire party based on a misrepresentation.

What utter scum this man is!

Sanders’ entire claim to foreign policy expertise is based on his vote against invading Iraq 14 years ago. That’s it. That’s the most current asset he has in that part of the debate regarding Presidential qualifications. Yet a far left commentary publication points out that Bernie had previously been an anti-Iraq hawk:

“Bernie Sanders himself voted twice in support of regime change in Iraq. In 1998 Sanders voted in favor of the Iraq Liberation Act of 1998, which said: “It should be the policy of the United States to support efforts to remove the regime headed by Saddam Hussein from power in Iraq and to promote the emergence of a democratic government to replace that regime.”

Later that same year, Sanders also backed a resolution that stated: “Congress reaffirms that it should be the policy of the United States to support efforts to remove the regime headed by Saddam Hussein from power in Iraq and to promote the emergence of a democratic  government to replace that regime.” These measures gave congressional backing for the CIA’s covert plan to overthrow the Hussein regime in Baghdad, as well as the tightening of an economic sanctions regime that may have killed as many as 500,000 Iraqi children. The resolution also gave the green light to Operation Desert Fox, a four-day long bombing campaign striking 100 targets throughout Iraq. The operation featured more than 300 bombing sorties and 350 ground-launched Tomahawk cruise missiles, several targeting Saddam Hussein himself.”

Boy, wouldn’t it be great if there was some competent, trustworthy institution in the U.S. that contained objective investigators who would check on these thing, report them to the public and ask candidates about them?

The latest slimy Cruz campaign strategem is a photoshopped image of a smiling Marco Rubio shaking the hand of President Obama with text that reads: “After more than seven years of the destructive policies of President Obama, we shouldn’t replace him with his Republican clone.” The faked photo (under the headline above) appears on the website, TheRealRubioRecord.com, which is paid for by Cruz’s campaign.  Cruz’s slimy staff initially denied that it would ever do such a thing, insisting the photo must be genuine. Unfortunately, this eliminates what I thought would be their planned response, which is “Oh, come on, that’s obviously a metaphorical photo: nobody would think it’s real. The wash? The left-handed handshake?” That response, the old “if the lie is so ridiculous nobody believes it, it’s not a lie” trick, is more typical of Cruz and his campaign. But no: they actually denied it…and the photo used for the fake is a matter or record:

You can see how Rubio and Obama ended up shaking hands with each other lefty.

I can only repeat what I wrote about one of Cruz’s other cheats:

…Cruz lied because he thought it would work. There is no recovery from this. Apologies don’t mean anything: Cruz is in his forties, and if his ethics alarms don’t sound… I really don’t care if he’s sorry after it blows up in his face.

This is signature significance for a dishonest, untrustworthy man, unworthy of high office.

Hillary Clinton, since she has been speaking, has been lying.

During an interview with CBS News, Hillary was asked about her honesty.

The episode was like that famous conundrum about the village with two races: the Truth-tellers, who always are truthful,  and Liars, who always lie. If you ask the question, “Are you a truth-teller?” you will get the same answer from members of either group.

Hillary has uttered obvious  lies recently, including her answer to Pelley. For example, Clinton’s  answer to Anderson Cooper’s question about her decision to accept $675,000 in speaking fees from Goldman Sachs was,“That’s what they offered.” It wasn’t what they offered. It was what she demanded: $225,000 is her standard speaking fee. She spoke three times, and they paid what she requested. You know, I have a standard fee too: my typical three hour legal ethics seminar costs $4000. That’s the price I cite them: it isn’t their “offer.” They accept my price, just as as Goldman Sachs accepted Hillary’s.

She lied then, and of course she lied when she said she never lies.