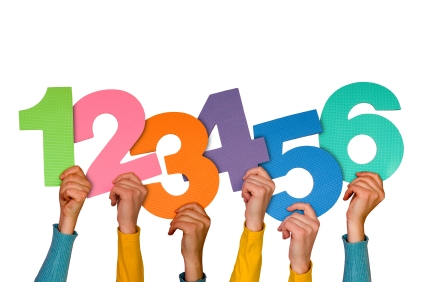 Apparently “Anti-Trump Sunday” is going to bleed into Monday. Sorry. Can’t be helped.

I have been—all right, the term is trolling—some sites and blogs where Trump supporters hang out to try to get one of them to articulate a single rational, substantive reason to support him for President of the United States of America. They can’t. I am still searching, and I have put out a challenge, but still no takers. I doubt one exists.

Radio talk show host Hugh Hewitt wrote a piece for the Examiner today called “Six reasons Trump is still better than Clinton,” which isn’t exactly my quest: I can give you six reasons why waterboarding is better than flaying, too. Still, it is as close as I’ve seen to an honest effort to justify voting for Trump, even though setting the only alternative as Hillary makes it a very low bar. Personally I think Hewitt is a knee-jerk hack and favored by CNN and others as the official “Right Wing Guy” because he makes conservatives look bad, but never mind: it’s an honest effort.

It is still a failure, however. He begins by destroyng his own credibility by excusing Trump’s insults and attacks on journalists:

“Bottom line: Insults of journalists don’t matter. Short of insulting my family, it simply doesn’t matter what Donald says to me or any reporters and pundits.”

Very, very, wrong. Presidents and national leaders undermine democracy by attacking the news media and specific journalists. Leaders who do that are sliding into censorship and autocracy, and devaluing the First Amendment. Obama has already started that process; it’s unethical, irresponsible and unprofessional, as well as unpresidential and an abuse of pwoer. Before Obama, the last President who made a habit of attacking the press was Richard Nixon. Are you surprised?

After that beginning, proving to me that  Hewitt really doesn’t comprehend the vital role a President has in upholding our democratic values, I’m not that interested in his analysis, but still, here are his “six reasons”:

The first three are the existing and probable two additional Supreme Court nominations he will get to make. Judges Diane Sykes and Bill Pryor are two fine judges that Trump has mentioned as possible nominees and he made the right commitment on religious liberty to me on stage Thursday night. He won’t screw these up. More precisely, it is a lock that Clinton would screw them up and at least a fighting chance he wouldn’t.

Hugh signals his desperation at the opening gun. The Supreme Court is one reason, not three. There is no reason at all to believe that Trump will appoint Judges Diane Sykes and Bill Pryor (they are mediocre jurists, by the way), or anyone else. He’s not obligated to, and he is irrational and arrogant enough to appoint his sister, or Chris Christie, or Omarosa. It is foolish to trust an unstable, untrustworthy man with wielding great power. Maybe he’ll appoint David Duke! We can’t be sure. Trump isn’t a lawyer, and those who say that he’ll appoint “great people” haven’t been paying attention to his spokespeople, who are all buffoons. I can trust Hillary to appoint a judge. It’s a low bar, but so it Hewitt’s task.

“Fourth, Trump’s an honest-to-God builder and he will rebuild the Navy, which must be done. Soon.”

Before or after he builds “the wall”? I see no reason to believe that Hillary will continue to let the Navy rot, nor that Trump will make this his priority. Again, he is a loose cannon, and completely untrustworthy. Why does Hewitt trust him to do this?

“Fifth, Vladimir Putin and Xi Jinping will at least think twice before crossing him.”

Wait, the question isn’t “how would Trump be better than Obama?” Does anyone really think Hillary is someone to cross lightly? If your argument for Trump as President is “There are some respects in which he will meet the bare minimum requirement of the office, like showing up for meetings, filling vacancies, etc,”, then my thesis is proven. No foreign despot should be able to “cross” the United States with impunity. That many have under President Obama shows how disgracefully he has served the nation, but that does not create a new standard, or turn fulfilling a basic job requirement into a virtue.

And straining for #6, Hewitt actually stoops to…

“And, finally, sixth: Donald’s daughter and Svengali Ivanka is a smart, smart, smart lady with an extraordinary intellect and influence on her father. We get the GOP’s own Valerie Jarrett, only this one with a sense of America’s role in the world and the same resolve to succeed as Jarrett possesses.”

Well, all I can say to this is KABOOM! My brain exploded. Ivanka has no government experience, and has no experience or qualifications to advise a President.  She runs a jewelry and handbag business! She managed to graduate from the same schools Trump did, which proves only that he contributed a lot of money to those institutions. There is no evidence that she is a “smart lady with an extraordinary intellect.” Why would anyone responsible want a GOP Valerie Jarrett, whose advice has been generally terrible and whose influence over Obama has been destructive?  He is one of the most incompetently advised Presidents in memory.

There you have it: not six reasons but four, one of which is ridiculous on its face (the last); one that applies with equal force to Hillary as well an any competent or incompetent President except our current one; one that is pure speculation, and that three-headed first one, the presumption that Trump’s Supreme Court appointments won’t be as reckless as everything else he does.

Nice try, Hugh. Actually, it wasn’t a nice try, it was pathetic.

32 thoughts on “Hugh Hewitt Bravely Takes Up The Challenge Of Identifying Substantive Reasons To Vote For Trump, And Fails Miserably”