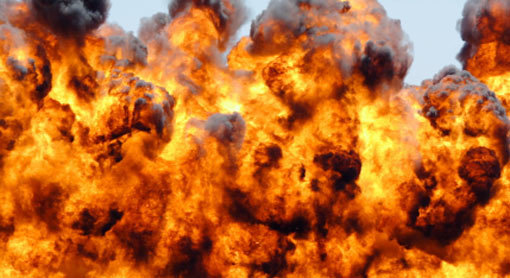 When last we visited Kelly Ripa, erstwhile star of ABC’s “Kelly and Michael Live!,” she was engaging in a wildcat strike against her employer, her staff and her audience because she had her pert little nose out of joint over her co-star being snapped up to host “Good Morning America” without her blessing. Her hissy-fit ended today, and she delivered a scripted announcement to begin her show.

To say it was awful is an insult to the word “awful.” The statement not only displays unethical values, it celebrates them. Let me provide the text here—I honestly got so agitated watching the video that I had to turn it off, as I was awash with disgust—with my ethics commentary in bold. I will color it “vomit,” however, because that’s what Ripa’s arrogant, smug,  unethical grand-standing deserves.

Our long national nightmare is over. [ Is this self deprecating? I don’t think so. It is simultaneously obnoxious, as if Kelly Ripa’s absence  can be spoken in the same sentence with the national tragedy of Watergate and a constitutional crisis, and dismissive, mocking anyone believing that a 20 million dollar employee isn’t setting new lows in unprofessional behavior by calling in sick to punish those who dared displease her.] Please be seated. [ Yes, we give standing ovations when over-paid blather-artists deign to show up to work now.]  I am going to be completely honest. I’m fairly certain that there are trained professional snipers with tranquilizer darts in case I drift too far off message. [ “I’m going to be completely honest” followed by an obvious falsehood. Nice.] I first want to honestly, sincerely thank you for welcoming me back to this show. The love, the show of support through this bizarre time has been really overwhelming. I really needed a couple of days to gather my thoughts. After 26 years with the company, I earned the right [ Rationalization #11. (a) “I deserve this!” or “Just this once!” No, you don’t earn the right to act like a spoiled ass and throw your organization into turmoil.]— and let’s be honest, I know half of us called in sick to be here today, so we get each other. [ Kelly Ripa thinks its fine to skip work, using lies. Did all of the audience “earn the right” too?]

“In that time, I gained some perspective. I always speak from the heart, I didn’t want to come out here and say something I might regret. [ Now we know Kelly doesn’t regret revealing herself as an ethics-free, entitled, untrustworthy jerk.] So what transpired though over the course of a few days has been extraordinary, in the sense that it started a much greater conversation about communication, and consideration, and most importantly, respect in the workplace. [ So it worked out for the best! Kelly did us a favor! The ends justify the means! GAG! YUCK! ACK! CHOKE! YECHH! Seldom are so many rationalizations arrogantly and smugly packed into so few words: #2 A. Sicilian Ethics, or “They had it coming”; #3. Consequentialism, or  “It Worked Out for the Best”; #8. The Trivial Trap  (“No harm no foul!”); #13. The Saint’s Excuse: “It’s for a good cause”; #14. Self-validating Virtue; #17. Ethical Vigilantism; #29. The Altruistic Switcheroo: “It’s for his own good” …I’m sure there are more.]

And since we’re being honest, [There is nothing honest about this despicable, self-serving speech.] I don’t consider this just a workplace — this is my second home. This is a place that I’ve devoted myself to not just because of you, our loyal viewers but because of all of the producers and incredible crew who work on this show. We have an incredible team completely devoted to one another. We are family. [ And when Kelly has a disagreement with her family, she runs out on them, too!] Apologies have been made [ By whom? Note that Ripa, who is the one whose conduct was inexcusable, goes out of her way not to apologize.] and the best thing to come from all of this, you guys, is that our parent company has assured me that ‘Live’ is a priority. (Guys, calm down, they didn’t say anything about Christmas bonuses.) But there is a commitment to this show and the people who work here and to you, the viewers, who have watched us every day for 30 years. [What is she saying? That extortion works? What does “a priority” mean?]

I am thrilled for Michael, I am thrilled for you. This is a tremendous opportunity and I couldn’t be and we couldn’t be prouder of you and everything we’ve accomplished together. [ Boilerplate, and an obvious lie. If she was really thrilled, she would have said so when she heard about his promotion…wait…I guess it’s a demotion now, since her show is the “priority.”] So back to the show. This is entertainment. it’s supposed to be entertaining, so let’s get back to what we do best and start the show.

“Incidentally, I just want to say one thing: My dad, who was a bus driver for 30 years, thinks that we’re all crazy, and I think he’s right.” [ If you think he’s right, and that so-called “talent” that gets paid more in a week than he made in a year driving a bus shouldn’t boycott work because management made a decision it had every right to make without letting you know, then why aren’t you apologizing?]

I would rip out my eyes like Oedipus before anything would move me to watch this abysmal narcissist again. She is walking, talking, virulent and contagious ethics rot.