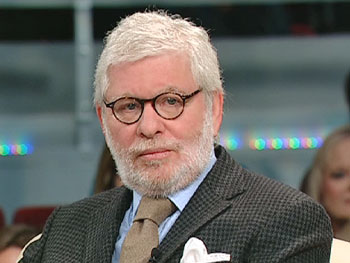 “Trump could win. He could become president, commander in chief, ruler of the Justice Department and head of the IRS. In other words, the American people could elect someone who has not the slightest appreciation for the Constitution or American tradition. When Trump insisted that he could compel a military officer to obey an illegal order, I heard the echo of jackboots on cobblestone…. It does no good to argue that Trump is just doing a shtick, that he means little of what he says, that he is all swagger and bluff. Trouble is, his supporters do not see him that way. They take him at his word.

History nags. It admonishes. “American exceptionalism” is a phrase that refers to the past, not necessarily the future. Nothing is guaranteed. I’d like to think that Americans really are exceptional, that we have an exceptional faith in democracy and the rule of law. I now have some doubt. I always knew who Trump was. It’s the American people who have come as a surprise.”

—— Eccentric liberal  political columnist Richard Cohen in his essay, “Trump has taught me to fear my fellow Americans”

Richard Cohen is an odd duck in the world of liberal punditry. He is often emotional rather than rational; he wears his biases on his sleeve, and his ethical quirks are legion: for example, he is an infamous apologist for sexual harassment, and therefore Bill Clinton. He is not unperceptive, however, and I feel obligated to recognize him for one of the few times I have been in total agreement with his analysis.

I may have to start a new category called “Ethical Quotes About Donald Trump.” I promise if I ever encounter an ethical that is positive about The Donald’s divisive and dangerous candidacy, you’ll be among the first to learn about it. My assumption is that never the twain shall meet.

20 thoughts on “Ethical Quote Of The Day: Columnist Richard Cohen”