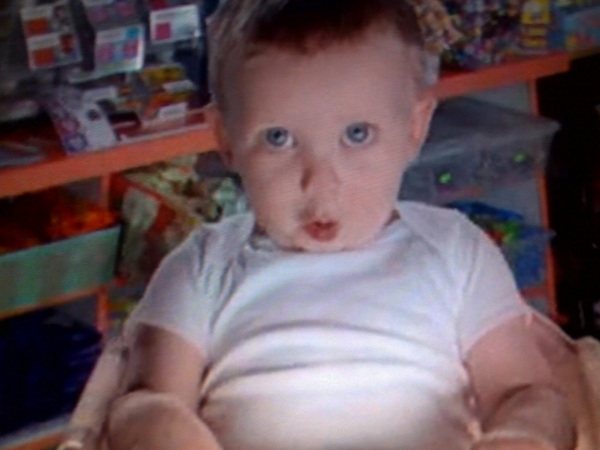 This is about two posts too many about Donald Trump’s trophy wife for a month, never mind a day, but it’s got to be relayed.

The Huffington Post reveals that Melania’s claim that she was awarded “a degree in design” appears to be a lie.

Despite Melania Trump’s professional biography  that includes this… 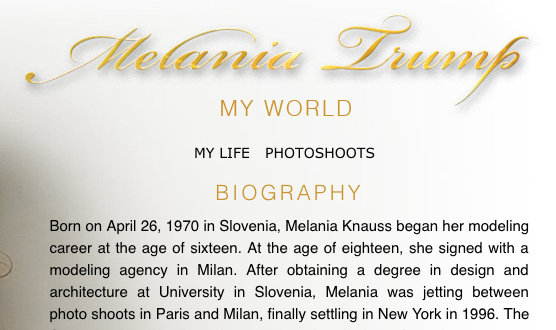 The Huffington Post did some digging after the plagiarized speech last night. You see, this is the danger in betraying trust: once people know you are faking something, they wonder if you are faking everything. (I would say that being married to Donald Trump is evidence, all by itself,  enough to prompt suspicion.) They found that Slovenian journalists Bojan Pozar and Igor Omerza wrote in their published biography of the former fashion model—yes, she has a book written about her, and its called “Melania Trump ― The Inside Story: From a Slovenian Communist Village to the White House”— that she “became and remained a college dropout” after leaving the University of Ljubljana’s architecture school following her freshman year.

In her freshman year, the 19-year old Melania Knauss attended lectures on the following subjects: elements of architecture, fine arts, fundamentals of technical mechanics, architectural construction, descriptive geometry, mathematics, and an ideological (read “communist”) elective credit called “General Partisan Resistance and Social Self-protection”. Melania would have made it to her sophomore year, even having failed 2 exams, but she was supposed to have gotten and held a 1-month internship and kept a journal about it….Later, in America, after meeting Donald Trump and officially becoming his partner, Melania Knauss told the media that she got her degree in architecture and design. This was almost certainly done in consultation with Trump and his advisors, as they were desperate to give off the impression that the Slovenian model was not just beautiful, but also smart and well-educated.

How long will it take for people to wise up to Donald Trump? Nothing about him is trustworthy—not his words, not his wealth, not his claims of success, not his university, not his steaks, and not even his wife.

Donald Trump IS a lie.

31 thoughts on “This Is My Shocked Face: Now It Looks Like Melania Trump Lied About Graduating From College, Too”