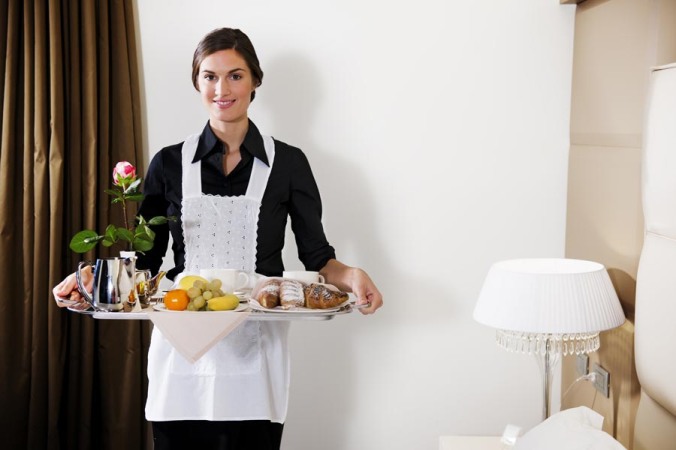 I don’t know why these ethics conundrums always attack when I’m on the road, but they do.

Today I am briefly in Atlantic City on business, and last night, just prior to a terrible night’s sleep, I put out one of those door-hangers with a breakfast order on it, to be delivered at 7:30 AM. The room’s pen didn’t work until I wrote over my room number a few times: I thought the 7 in “702” looked a little funky, but it was definitely a seven. Or so I thought: 7:30, then 7:45 rolled around the next morning, and no breakfast.  When I called Room Service, they explained that they thought I had written 4o2, hence no room service.

What? First of all, it didn’t look like a 4. Second, my name was still on the thing: if there was any question about the room, why wouldn’t they check using my name?

After giving Room Service some well-deserved grief, I was told that my order would be up “in a minute.” A minute turned out to be 20 minutes, but a nice young woman eventually arrived with my coffee and pancakes, and told me that management was paying for breakfast.

Hmmm…did this mean she lost her tip? It seemed churlish to ask her, so I said, “Well, they won’t be paying your tip (though for all I know they would), so here…” and I dug into my wallet for a few dollars. But I didn’t have a few dollars. I had a one, a ten, and a bunch of twenties. Giving her a one would look cheap (though it well might have been a tip on top of the one she would get from my order anyway), and a ten was excessive. I gave her the ten.

Now I’m wondering: can I get reimbursed for that? My client is paying for the room, and the comped breakfast actually was a gift to him, not me. The ten dollar tip, though, was entirely discretionary on my part, and I usually don’t ask for travel reimbursements for expenses like that.  So the comped breakfast is going to benefit my server, unjustly enrich my client, and cost me an extra ten bucks.

It doesn’t seem fair, somehow. Well, my server’s smile when I gave her the ten dollar bill was almost worth it.