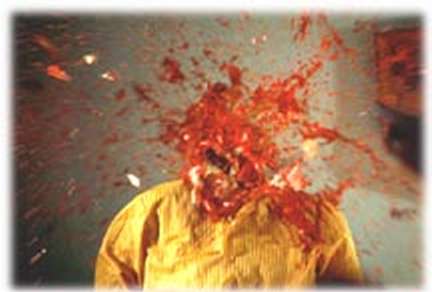 If your head doesn’t blow over this one, it’s missing something.

Richard Keenan, 65, the former mayor of Hubbard, Ohio from 2010-2011 and a self-proclaimed devout Christian, confessed in a group therapy session to having sex with a little girl over three years beginning when she was four. He’s now facing life imprisonment for rape, if his statements are admissible.

Prof Jonathan Turley discusses the legal issues involved with using admissions made in a clinical setting, and you can read about them here. I am posting to commemorate the ex-mayor’s other defense position, which is why my head is on the ceiling and walls of my office. Are you ready?

Keenan says that the sex was consensual, because the four/five/ six /seven-year old was a“willing participant, ” and..

I think that’s all I want to write about this now, or ever.

I’ve also got to go get an armful of paper towels.

30 thoughts on “KABOOM! Most Unethical Defense For Child Rape Ever…”