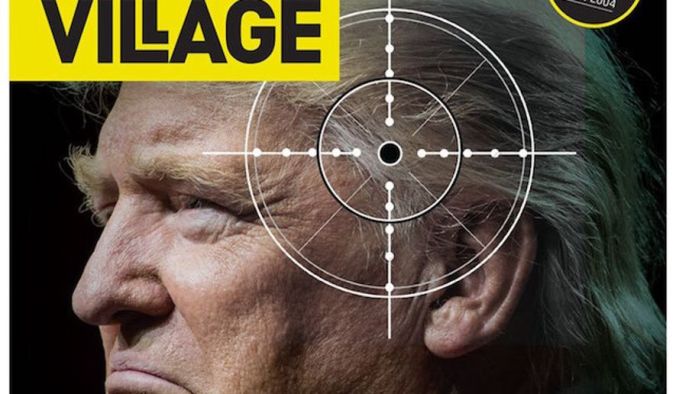 The post about Kurt Schlicter’s warning and call to arms against a progressive establishment that he regards as having declared war on “normal” citizens attracted approximately the range of comments I expected, though I find the inclination of otherwise rational liberals to deny that the current progressive freak-out is unusual, unwarranted or worthy of alarm discouraging.

Here is Zoltar Speaks! reflecting on Schlicter’s rant  in his Comment of the Day on the post, From The Ethics Alarms ‘For Each And Every Unethical Action, There Is An Equal And Opposite Unethical Reaction’ Files: Kurt Schlicter’s Irresponsible Column.

I’m going to set aside some of the hyperbole and focus on a few points made by Kurt.

I agree with this part.

Kurt Schlicter wrote, ”Once you get that, everything that is happening now will make sense.”

“Make sense;” that’s just ridiculous! Only if you choose to think like they are thinking can it “make sense”.

Kurt Schlicter wrote, ”They hate you.”

I agree that hate is taking over. This is a real problem for the left because the left has taken their attack the messenger to new levels and true hate is directed at the people they oppose NOT the ideological differences. The path of true hate usually has one end, violence.

Kurt Schlicter wrote, ”You are normal, and therefore a heretic.”

From their point of view that’s completely false; you are a heretic because you disagree with them, therefore you are abnormal.

Kurt Schlicter wrote, ”Understand that when they call Donald Trump “illegitimate,” what they are really saying is that our desire to govern ourselves is illegitimate.”

False. Illegitimate to the left is anything they disagree with. Liberal Purity Test it has nothing to do with the desire to govern ourselves.

Kurt Schlicter wrote, ”Their beef isn’t with him – it’s with us, the normal people who dared rise up and demand their right to participate in the rule of this country and this culture.“

Please allow me to fix that sentence; Their beef is with the abnormal people who dared rise up in opposition to their ideology. Remember how Liberal Critical Thinking works.

Kurt Schlicter wrote, ”They hate you, because by defying them you have prevented them from living up to the dictates of their false religion.”

A simpler version of that is; They hate you, because you openly defy them and will not let them have their way. Period. They are suffering from Traumatic Political Stress Disorder.

Kurt Schlicter wrote, ”The first step is to end the denial. Open your eyes. See what is happening.”

I agree, accept that there is a problem. Think about raising children for a moment; when a child has a temper tantrum what do you do? Do you feed the tantrum beast and exponentially increase the probability of additional tantrums by “rewarding” the tantrum and give the child what they want just to shut them up because you are publicly embarrassed or tired of the noise; if that’s what you do then you are part of the problem. The political left has been and is currently playing a psychological game and their expectations are that you will fold under the pressure like the embarrassed or tired parent above; they think that’s what you will do because that’s what’s been done for the last 25 years and especially over the last 8 years. They have seen the pattern, they have expectations based on those patterns, and they will not change their tactic until they learn that the tactic is no longer productive to achieve their goals.

Kurt Schlicter wrote, ”Their religion tells them we are greedy, racist, sexist, homophobe morons who hate science and love Hitler.”

Then we need to change their perception and be reasonably prepared in case they choose a different path.

Kurt Schlicter wrote, ”So the only outcome is that one side wins and the other loses.”

Kurt Schlicter wrote, ”How to we respond?”

That is the trillion dollar question and if there was one clear answer to that question then the next step might not be easy but at least you would know exactly where you have to place your foot, but it doesn’t end there.

Again; Kurt Schlicter wrote, ”The first step is to end the denial. Open your eyes. See what is happening.”

Accepting that there is a problem of a Liberal Hive Minded temper tantrum, is the first step for some. How do you respond to that temper tantrum is the second step, not so easy.

A wise man once said, If we want change in our lives the change must begin in us.

1. In my opinion; societal containment is the answer, not physically, but figuratively. You do not feed the tantrums, reaction gives them more reason to increase their tantrums and gives them a perception of “power”, you contain the tantrum. All actions have consequences.

2. You protect the public from the criminal element within the left choosing anarchy as their means of tantrum and you prosecute each and every one of them to the full extent of the law, and punish them accordingly, no politically correct pandering! Make public examples of each one of them.

3. Right now a huge portion of the political left feels powerless much like a cornered animal and they are lashing out at all those that confront them. Give the ones that are not being uncivil some room to breathe. Find ways of making them feel less powerless and less cornered but be firm on ethics and morals. Encourage civil discourse while encouraging them take 100% responsibility for the uncivil hate and the actions associated with that hate that are being used to support the political left with ends justify the means behavior. Changing in the behavior of the left must be encouraged but for change to be effective and long term it must be their choice, change from within.

4. Ignore the “civil” tantrums and drive on with policy and we must shut down any hateful nonsense from both sides. The hate must be shut down with actual facts, logical arguments, and ethical behavior; let morals be a source of strength. Be seen as the “moderate” adult in the room but do not under any circumstances tolerate hateful behavior, threats, or violence of any kind from anyone regardless if they are on your side. Impose that the ends DOES NOT justify the on everyone in your path that believes otherwise.

62 thoughts on “Comment Of The Day: “From The Ethics Alarms ‘For Each And Every Unethical Action, There Is An Equal And Opposite Unethical Reaction’ Files: Kurt Schlicter’s Irresponsible Column””