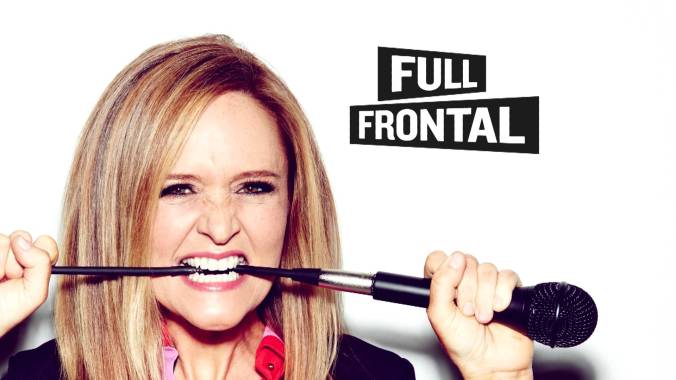 “There is a lot of bravado in this series about how comics are society’s truth-tellers. As Keegan-Michael Key puts it: “The comic has become the person who pulls back the curtain to show the world that: ‘Do you see that this is happening? We didn’t make this up.’”Of course, we’ve just been through a period in which comedians of all sorts joked about one possible outcome of the American presidential election as if it could never actually come to be, and it came to be anyway. Now, the comics holding that curtain may be realizing that, sometimes, the world isn’t listening or doesn’t care.”

—New York Times TV reviewer Neil Genzlinger, in his conclusion to the review of CNN’s documentary on the history of television comedy.

The reason, Neil, that the world “isn’t listening or doesn’t care” is that with very, very rare exceptions, the political pronouncements of comedians are simple-minded, ignorant, juvenile or worse. Unfortunately, comics are increasingly laboring under the delusion that their junior college degrees, narrow life experiences and success at making drunks cackle imbues them with some genuine authority to pass judgments on complex policy issues. This is manifestly untrue. The clowns are on TV because they are, or were, allegedly funny, not because they have anything more sophisticated to offer regarding foreign policy or tax reform than the average guy on a barstool.

I have now seen an ad for Samantha Bee’s comedy show “Full Frontal” approximately a million times, or so it seems. If she is really this  ignorant, her show should be banned by the NEA. All of her featured riff is about how horrible the President is—well, at least that’s original—and it ends with her statement, complete with “any idiot should know this” facial mugging, that “lawyers call” Trump’s temporary immigration halt from seven nations “unconstitutional.”

No, you smug ignoramus, “lawyers” don’t. Most actual lawyers who have a passing knowledge of the Constitution know that foreign citizens not currently within the U.S. or previously approved to come here have no constitutional rights whatsoever. They do have human rights, as stated in the Declaration of Independence, which is why summarily droning foreigners we don’t like is problematical, but that was the last President, not this one, and I bet you think he was wonderful. The right to practice the religion of their choice  extends to everyone within the U.S., but nobody out of it who never  here of belonged here in the first place, so your snotty assertion of what “lawyers think” as an attack on the President is not funny, nor is it enlightening. It is just false. It is is exactly like saying “lawyers think” the Affordable Care Act is unconstitutional.

We keep being told that millennials and others look to Bee, John Oliver, Bill Maher, Trevor Noah and other conservative-hating comedians to get their news, and Bee’s recent pronouncements are just one more example of how this makes as much sense as asking your mail carrier to do your taxes. These are entertainers with unwarranted faith in their own acuity and wisdom, and nobody—nobody—should listen to or care what they say ever unless the objective is to get a giggle or two before you put the revolver to your temple. The bias and incompetence of journalists is awful, but the reliability of comedians for substantive information on legislation, governance, economics, science, the humanities, medicine and law is infinitely worse.

By the way, this afternoon I heard  my third news reporter today state that the Ninth Circuit was deliberating whether the Executive Order in question was constitutional. That is 100% false. It is not the issue being determined, and never was. The Ninth Circuit has decided the narrow issue of whether the national TRO leveled on the order, stopping it from going into effect, should be lifted (NO!), on the Government’s theory that not doing so poses a risk to the safety of the U.S. public. Whether the Executive Order is unconstitutional—which only some lawyers claim, and not very convincingly—is very much in doubt.  One problem, which Bee wouldn’t understand (what are the odds that she has personally read the order? My guess: about the same odds as Elizabeth Warren sucking face with Betsy DeVos on Valentines Day), is that the rollout of the order was so confused that there is still serious uncertainty  regarding what it is meant to do.

Hence today’s decision by the 9th Circuit, which upheld the TRO, while suggesting that the Government’s shifting interpretations of the Executive Order have not been satisfactorily resolved, since “the White House counsel is not the President, and he is not known to be in the chain of command for any of the Executive Departments.” This seems to say, says Will Baude at Volokh, that before the White House Counsel’s post EO description of what the Executive Order means is going to be taken as fact, the order needs to be amended.

None of which is explicated by goo-goo cheap shots like Bee’s.Unfortunately, the media, which, as I already noted,  is only slightly more trustworthy than she is, works to credential Bee and her ilk. The Atlantic actually just described her as a “public intellectual,” which is like describing Colin Kaepernick as a professor of black studies.  Here’s another example of Bee’s intellectualism: yesterday, she–again smugly, because she says everything smugly, and I confess, listening people saying stupid things smugly in public is right down there with licking roadkill among my least favorite experiences—defended, intellectually of course, sanctuary cities, saying they are not merely places “where artists and the LGBTQ community seek sanctuary from the red states where they were born,”(intellectuals know that citizens in “red states” are not fit for human consort) but urban paradises where “undocumented people don’t have to live like animals.” Bee explained that in such cities  local police won’t detain people who are undocumented simply because they’re in the country illegal.

“If that sounds reasonable and compassionate to you,” Bee said, “congratulations, you haven’t been watching Fox News for the past five years.”

If police officers encouraging non-citizen law breakers to keep breaking laws out of “compassion” sounds reasonable to you, get help, since you  have somehow absorbed one of the most irresponsible and cynical bad ideas ever to come out of partisan politics.

And no, that doesn’t make you an intellectual. Far from it.

The Times critic’s suggestion that the public should ever listen to or care what American comedians say is good leadership or sound policy is formula for an even dumber populace than we already have.

UPDATE: Regarding the 9th Circuit’s non-review of the constitutionality of the Middle East travel order: the opinion makes perfect sense to me. If nothing else, the opinion sends the clear message that the Ted Mack Amateur Hour is no way to manage immigration, and an administration too confused and sloppy to make it clear to all what it is doing deserves to be slowed down, embarrassed and have its knuckles rapped. This lawyer agrees that no Executive Order should have to be interpreted according to what incompetent “advisors” like Rudy Giuliani babble in an interview, and the order is a good place for the President’s legal experts to get their act together.

But even Rudy deserves  to be listened to more than a stand-up comic.