As any Gilbert and Sullivan fan knows, February 29 is the troublesome birthday of Frederick, the dim and conflicted hero of “The Pirates of Penzance.” (He doesn’t get a birthday this year.)  Apprenticed to a pirate as a child by mistake (his nurse heard “pirate” rather than “pilot”),  the lad was bound to serve as a cutthroat until his 21st birthday, and thinking that the terms specified his obligation to reach until his 21st year, quits the pirate band that raised him and joins the police, who are  seeking to put his old comrades behind bars, or worse. But poor Frederick  learns that because he would only be free of his obligations until his 21st birthday, and since he was born–Oh, horror!—on Leap Year,  he is technically only five (“and a little bit over”), and won’t be 21 by the terms of his apprenticeship until he is 84 years old. His beloved, the equally dim Mabel, vows to wait for him. Meanwhile Frederick, declaring himself a “slave of duty,” joins the pirates again, as they prepare to murder Mabel’s father.

W.S. Gilbert, who wrote this famously nutty plot, was satirizing the substitution of duty (and legal contracts) for reason, morality, ethics, and sanity. The latest addition to the Rationalizations List,  Frederick’s Compulsion is a sub-rationalization of #25. The Coercion Myth: “I have no choice!” Frederick believes that the existence of a contract creates a duty that he must obey without question, regardless of the consequences. He would have made a fine Nazi soldier. He would have shined in the Nixon White House.

Duty is seldom as simple, or simple-minded, as Frederick thinks. We all have competing duties; that’s what makes ethics difficult. He has a duty to the pirates (I would say that his stated determination to “wipe them off the face of the earth” is also unethical, given their treatment of him. He is, or should be conflicted. How ungrateful can you get? He has a duty to Mabel, the old “don’t murder your girl friend’s dad” duty. He, like all citizens, has a duty to obey the law, and once he has joined the police, he has a duty to fulfill his commitment. Duty is important as an ethical guideline, but it is not absolute. Even in the U.S. army, soldiers have a duty to obey orders and a duty not to obey illegal ones, despite the fact that it is their superiors, not them, who are charged with knowing the difference.

Ethics requires that when performing a duty will unquestionably result in injustice and harm to others, some consideration and balancing must be applied, followed by making one or more difficult choices.  Duty itself is not enough to dictate those choices, and ethics may, and often does, dictate that a duty must be superseded by other priorities. 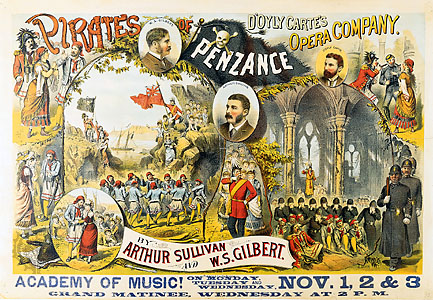