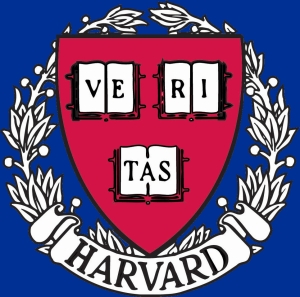 Harvard University police say that an investigation revealed that former Harvard Law School administrators Meg DeMarco, 33, and Darris Saylors, 32, stole about $110,000  from a university account that exists to  to assist  students with disabilities.

The investigation commenced in November 2013 when a new budget manager at the law school noticed some accounting discrepancies.  DeMarco and Saylors then resigned from their positions at the Dean of Students office. The ensuing inquiry revealed that the two had taken money out of the  fund to  buy dozens of laptops, iPads, iPods and other electronics, which police traced to  DeMarco’s home and Saylors’ apartment, but also to the homes of Saylors’ friends and family in California, Washington and Tennessee.  DeMarco used a mobile card reader to deposit school money directly into her banking account. In addition to the electronics, Saylors used Amazon to buy purses, clothing, jewelry, and even sex toys.

The Law School announced that “As a result of this matter, the Law School implemented additional layers of controls governing the use of its credit accounts and purchasing protocols.”

What a good idea!

The news media confronted  DeMarco as she arrived for work at a Babson College administrator, and let’s have a shout-out for Babson, which hired an ex-university administrator who had left her previous job while a criminal investigation of her conduct was underway!

“It was a big job and I made mistakes,” DeMarco told Boston’s WBZ. “I never intended to harm the university. I’m very sorry and will do everything in my power to rectify the situation.”

What a terrific example of a statement by someone who couldn’t spell “ethics” if you spotted her “eth”!

“It was a big job.”  Right off the bat, a ridiculous excuse.  Meg, the remedies for being overwhelmed in a big job are 1) work harder 2) resign before you do real harm 3) get help.

“Start embezzling and buying sex toys” isn’t on the list.

“I made mistakes.” Wait, you accidentally bought all the stuff from Amazon? Would you be calling these crimes “mistakes” if you hadn’t been caught? My guess is that you’d still be stealing from the disabled students. You see, crimes are not mistakes unless you didn’t mean to commit them, or you somehow grew to adulthood without learning that crime is wrong—in which case YOU would have a disability.

“I never intended to harm the university.” No, you intended to profit from money that wasn’t yours, by taking it from special needs students, who you didn’t give a damn about.  But again, since you presumably know that when you steal from someone, they are harmed, all this statement means is that you didn’t consider or care about the necessary consequences of your conduct. It means, in essence, “I am an idiot.”

True, but not just an idiot. A really mean, selfish, greedy idiot.

“….and will do everything in my power to rectify the situation.” Yes, because you have no choice.

On the Ethics Alarms Apology Scale, this is the bottom of the barrel:

#10. An insincere and dishonest apology designed to allow the wrongdoer to escape accountability cheaply, and to deceive his or her victims into forgiveness and trust, so they are vulnerable to future wrongdoing.

Saylors and DeMarco were arraigned in Cambridge District Court yesterday.

5 thoughts on “Now THESE Are Unethical University Administrators…”