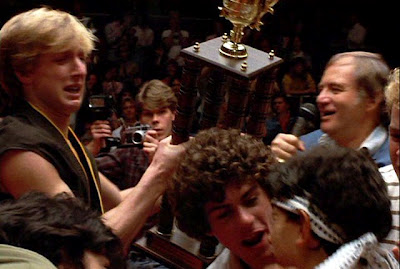 To be fair, we see so little of either now that many may no longer be able to recognize the two traits any more.

Manchin’s attendance marked an about-face for the Democrat, who attempted to block Ross’s cabinet appointment.

In February, Manchin said he could not “in good conscience … give Wilbur Ross a promotion.” The senator credited Ross’s career as a billionaire investor—which earned him the nickname ” King of Bankruptcy”—and his involvement in the West Virginia mining industry for his decision to oppose the appointment along with Senate Minority Leader Chuck Schumer.

“Following my extensive vetting, meeting with him, watching his nomination and reaching out to West Virginians who have worked with him directly, I cannot in good conscience look the families of the fallen Sago miners or the Weirton Steel workers who lost their jobs in the eye knowing I voted to give Wilbur Ross a promotion,” Manchin said in a statement at the time….

Steven Law, president of the GOP Senate Leadership Fund, criticized his attendance as a sign of “Washington hypocrisy.” “Apparently Joe Manchin’s ‘good conscience’ waits in the car while he stops in for cocktails on the Washington D.C. party circuit,” Law said in a statement. “Senate Leadership Manchin thinks he can fool West Virginia voters with his Washington hypocrisy, but we believe they are catching on to Manchin’s worn-out act.”

Do Republicans think before they make statements like this?

The only hypocrisy here is the about face by Senator Manshin’s critics, who are knocking him for doing the right thing, and the only thing that will restore comity, cooperation and functionality to our national government.

Professionals, you see, and adults, really, don’t take professional disputes personally. You win or lose, then respect the system, shake hands with the victor and move on. Is it hypocrisy when the Karate Kid’s tormentor, after the bully has been beaten in a tournament by his former victim, insists on handing him the first place trophy and says, “You’re all right” ? The old Perry Mason TV show used to frequently end episodes showing the famous defense attorney having drinks with the poor district attorney that he beat every single week. Should Hamilton Berger (Ham Berger to his friends) have told Perry to stick his martini where the sun doesn’t shine? Was it hypocrisy for the prosecutor not to carry the case over into personal animus out of court?? Are pettiness, inflexibility, rudeness and holding grudges the values conservatives now champion?

It would seem so.

Senator Manshin’s gesture was ethical, professional and smart. There is nothing hypocritical about resolving to work with an appointee you have opposed, and being cordial, respectful and friendly is how work between adversaries gets done. Washington, D.C. used to know this. Somewhere along the way it got lost, and we are all suffering for it.

It’ is really amazing, isn’t it?  The Republicans see a Democrat who behaves professionally, and exactly unlike the hyper-partisans they criticized for boycotting the Inauguration and behaving like brats at Trump’s speech to Congress, and they attack him anyway.

5 thoughts on “No, A Democratic Senator Attending A Party In Honor Of A Trump Appointee He Opposed Isn’t “Hypocrisy”…It’s Called “Statesmanship,” “Sportsmanship,” And “Professionalism””