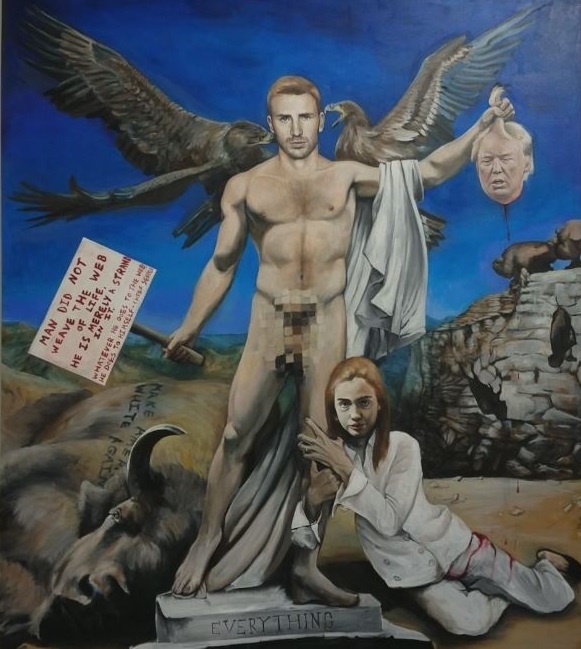 While we’re on the topic of  “hate speech”…how about “hate paintings”? At public universities? Painted by faculty members?

An art gallery at the University of Alaska-Anchorage this month displayed the painting above, depicting actor Chris Evans as Captain America and holding  the severed head of President Trump while Hillary Clinton grasps Cap’s  legs like she is a slave girl and he is Conan the Barabarian.  The artist is UAA Painting Professor Thomas Chung, who  created the masterpiece as part of a faculty art program. Naturally it was accepted, just as it would have been if he had painted Thor holding up President Obama’s severed head. Of course it would have been accepted. After all, art is art. Academic freedom. Right?

Chung explains the artwork as something he chose to paint because he was upset at the results of the 2016 election. “I spent days just weeping,” he has said. Campus Reform quotes him  explaining his decision:

“I was really torn about putting this piece up at a faculty show, because I would never talk about my own political beliefs to my students. But I realized that I feel very strongly about this, and I think even students that might be pro-Trump supporters could benefit from having a conversation with me about why I feel this way—why I painted this.”

(By the way, the actual painting shows Evans/Captain America’s sex organs. None of the versions on the web do, though. Sorry!)

Random ethics observations, since I fear that painting may have caused some brain damage and I can’t seem to organize a coherent paragraph:

1. Wow, that’s some painting professor you have there, University of Alaska! I know a teacher doesn’t have to be personally adept at what he teaches, but if that’s this professor’s idea of a painting of sufficient quality to be exhibited, there is a prima facie case for incompetence. Why should any student take seriously the pearls of wisdom about art from a professor who proudly displays an embarrassing piece of crap like this?

2. Double standard alert! Does anyone seriously believe that the equivalent painting using Obama’s head would be displayed at a university? Is there any justification for the double standard? No: both are Presidents of the United States, and both paintings would be an expression of violence, disrespect and hate toward the President.

3. Displaying a political painting like this would be entirely defensible in a college  campus gallery—as long as the double standard noted in #2 was not at play. This is First Amendment protected speech and expression, no matter what Howard Dean says. Wait—no, Dean wouldn’t think this painting was hate speech. Showing a beheaded Republican President isn’t hateful in Howard’s world. It’s optimism.

Sorry. I was confused.

4. A faculty member, however, is not just another artist. A faculty member should be wary of engaging in extreme speech designed to make one set of students feel estranged from the campus community. Advocating the murder of the President is not responsible speech from a professor, and the university happily displaying it as if it was a painting of kittens sends a troubling message to students–gasp!—who think that citizens owe duly elected POTUS’s some modicum of respect.

5. UAA Chancellor Tom Case sent an e-mail to the community arguing that the painting  has “sparked spirited discussions on the appropriateness of displaying a piece of art such as this” but that it is protected expression. Sure it is, but this ducks the issue of whether in this place, a college campus, it is responsible expression when endorsed by a professor and the school. Pieces of art showing slavery on other campuses have been taken down for turning the campuses into hostile environments. Artwork showing bare-breasted women have been removed for making co-eds feel uncomfortable. Harvard just removed a reference to “Pilgrims” from its anthem “Fair Harvard” on the grounds that the lyrics needed to be more ‘inclusive.” Case wrote:

“We understand that some may not support this exhibit, but universities–including UAA–are a place for free exchange of ideas, diversity of thoughts and of opinions, and ideally, a place for conversation to occur around our differences and similarities.”

Okay, but then I want assurances that political speech that makes the majority of students and faculty feel uncomfortable (aka “unsafe”) will be similarly regarded. I want assurances that a professor who paints Donald Trump holding Hillary Clinton’s head in one hand and Obama’s head in the other will also be hung in a place of prominence so students can engage in enlightened debate, and that the professor won’t be ostracized and attacked by the rest of the faculty.

6. This doesn’t have to be difficult. The institution itself should make every effort to have a neutral environment free from ideological indoctrination and real or de facto discrimination for or against any groups. It should also avoid caving to hyper-sensitivity—freaking out over a reference to Pilgrims in a 181-year old song is hypersensitivity—but also be sensitive to symbols and expressions that legitimately undermine a student’s experience. If I were a black student, I wouldn’t want to walk by artwork depicting slaves being auctioned or toiling in the fields every day. At the same time, a university shouldn’t discourage expressions of opinions that are controversial or unpopular.

7. Taking all of this into consideration, the ethics verdicts about the painting are:

“Honestly, if I were a college kid again, I don’t know if I’d want to start a “conversation” with someone who had just painted a picture of my president’s decapitation. I’d be desperately trying to transfer out of the sick freak’s class.”

Anyone who thinks the paint’s display  does not embody a double standard should never buy a used car alone.

8. Finally, is the Trump-hate really sufficient to make students and faculty ignore the outrageously sexist portrayal of Hillary Clinton in Chung’s painting? Really? This a popular comic book trope ( that is. it is designed to appeal to adolescent boys) that highlights male dominance and female submissiveness, as in these examples… 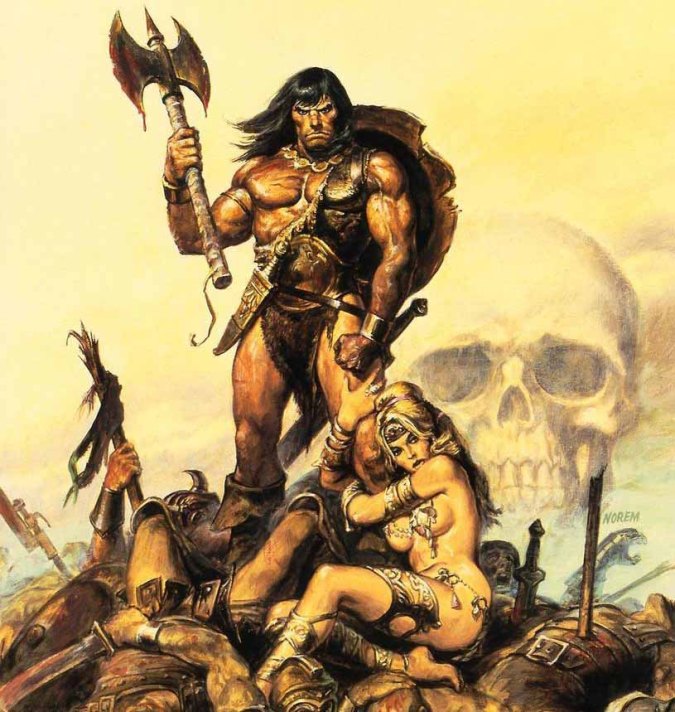 This is called a “Leg Cling”:

“A Film Poster Trope that has ties to old pulp comics or adventure book covers. It depicts a muscle-bound man in a dominant pose, with an attractive woman literally clinging to one of his legs. After all, Men Are Strong, Women Are Pretty. The man is always a Hunk (handsome and manly), and very often is depicted shirtless (or with his shirt torn open), to reinforce how tough he is, with a cocky expression on his face and a Phallic Weapon on one hand, even maybe stabbing the sky. Very often he’s Atop a Mountain of Corpses, or viewed from a low angle atop a throne to make him look even more intimidating than he already is. Meanwhile, the woman is almost always half-naked in a sexualized manner, with a helpless expression and posture that reinforce her submissiveness. The contrast between the male and female characters alludes to the notion that men are defined by their actions and women by their passiveness. Sometimes it’s more than just one woman at the man’s feet, invoking A Lady on Each Arm trope. Given gender double standards about dominance and submissiveness, it is almost always (if not all of the time) a man who’s standing tall, and a woman at his feet.” 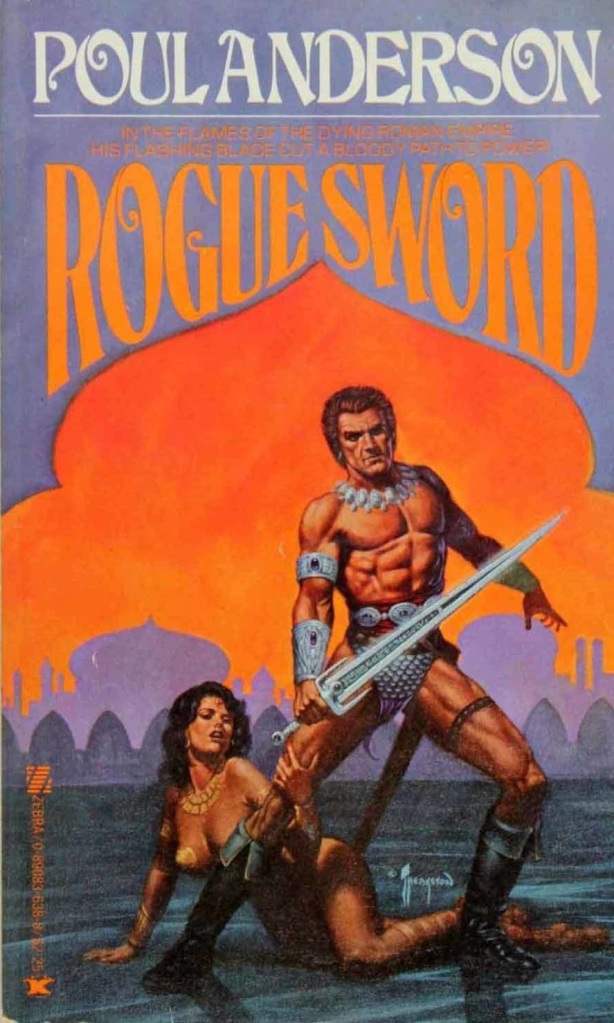 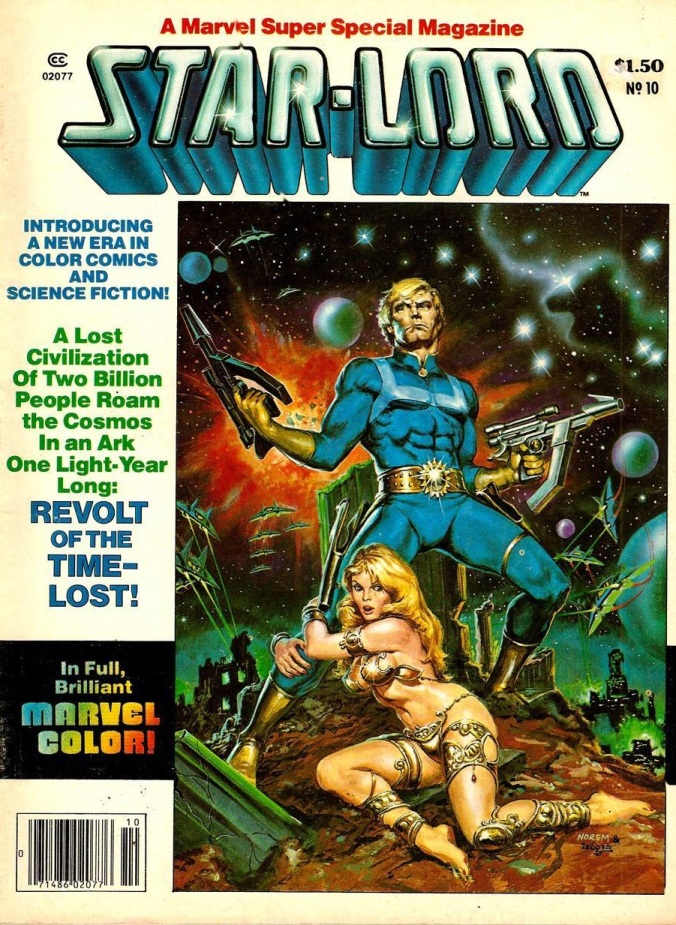 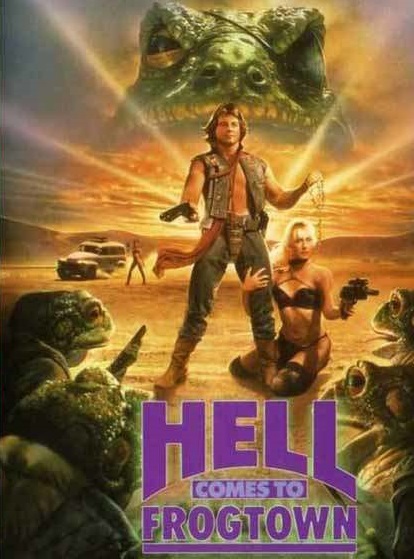 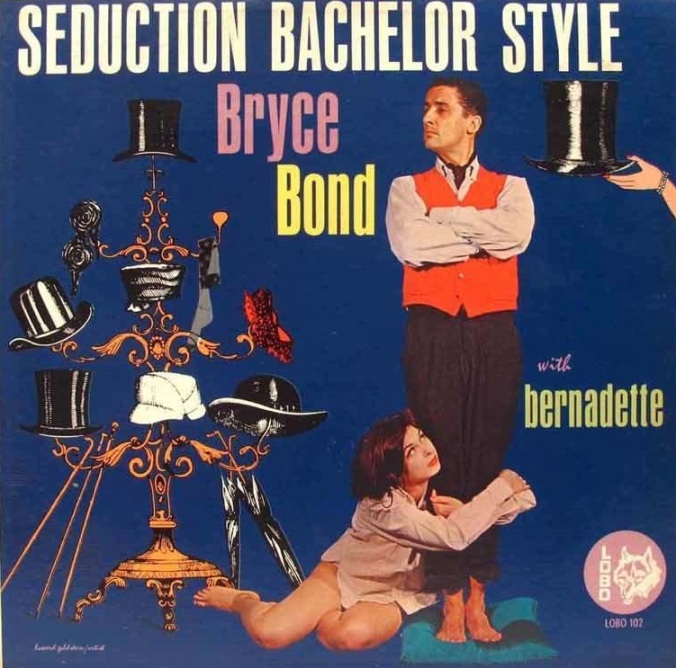 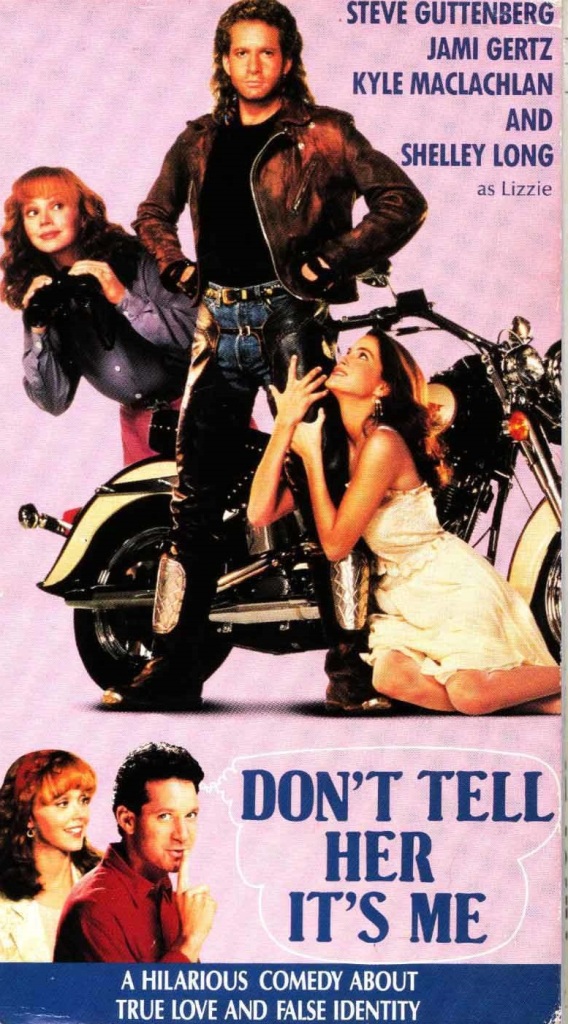 And of course, the “National Lampoon’s Vacation” poster… 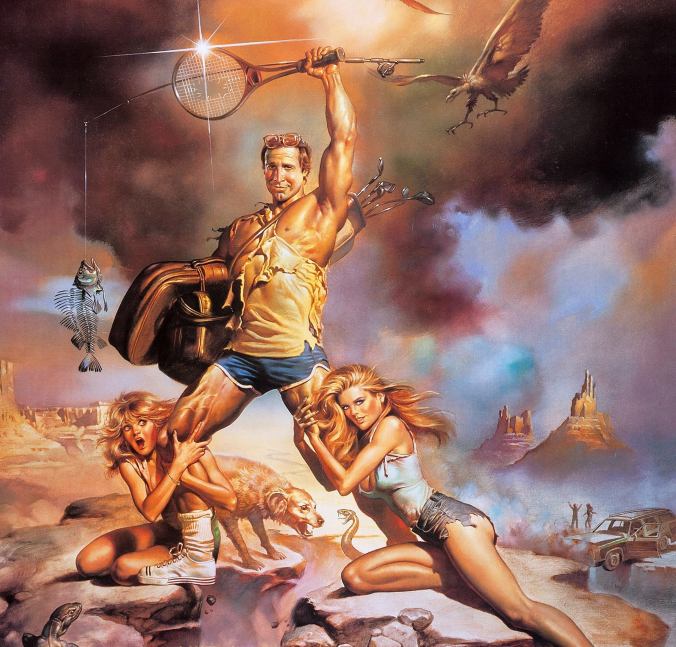