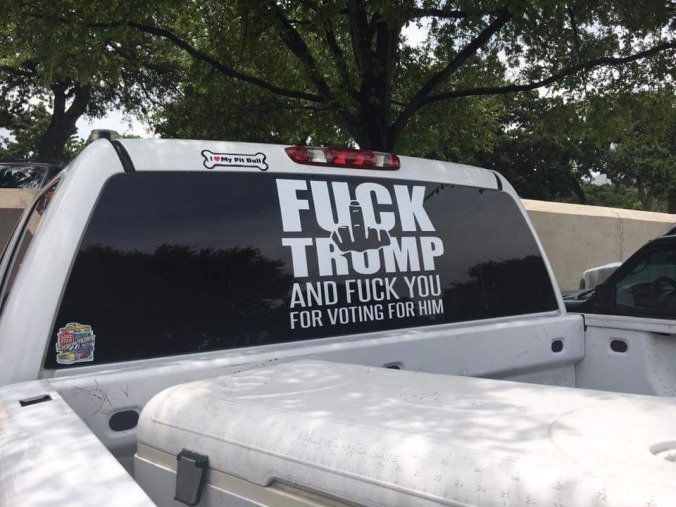 Just because we have free speech and any company can peddle uncivil, hateful and divisive political stickers, decals and T-shirts doesn’t mean doing so is right, responsible, or good citizenship. [NOTE: In the original post, I represented that Redbubble made or designed this merchandise. That was mistaken (thanks to Alexander Cheezem for the correction.]

Above is a sample of what this site sells to encourage juvenile, inarticulate and boorish Americans to breach manners and standards of appropriate political speech, so they can  make our neighborhoods as ugly, angry and divided as possible. There is a lot more.

People like those running Redbubble (and the creators of the merchandise, of course) are the political equivalent of professional arsonists. They profit from making the country and the culture worse.

Is “I’m just giving people what they want” on the Rationalizations List yet? I don’t think so.

I better fix that.

39 thoughts on “Unethical Website Of The Month: Redbubble [UPDATED]”