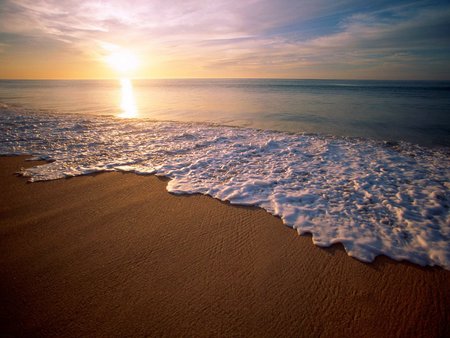 1. Not a single comment on yesterday’s sole warm-up topic, the propriety of complimenting someone’s physical appearance or features? That’s fascinating.

2. I had to wrestle my fingers to the ground yesterday to avoid writing a full post on this editorial by the New York Times editors. I know everyone is sick of Ethics Alarms pointing out the relentless, unprofessional anti-Trump bias in the news media, because I’m sick of  writing about it. This may have been a new low, however. In the wake of Sean Spicer’s resignation as White House press secretary, the Times unleashed the equivalent of a mean playground taunt.  To read it, one would never guess that the Times had ever experienced any other press secretaries, especially President Obama’s trio of Robert Gibbs, Jay Carney and Josh Earnest , who were uniformly dishonest with disgraceful regularity. Spicer was a “four Pinocchio” spokesman? The standrad term her for Obama’s press lackies was “paid liars,” and the description was fair. Yet the Times didn’t greet the news of any of their withdrawals for the post with “Nyah nyah nyah you suck!” editorials, because the New York Times accepted that President’s lies and deceptions as designed for the greater good.

Of course, it was exactly this unethical journalistic bias that caused Spicer to adopt the attitude that most prompted the Times to attack him personally on his way out the door. He believed that journalists who don’t behave like journalists need not he respected as journalists, and he was absolutely correct in this. Indeed, no newspaper that isn’t able to discern that an editorial like the one yesterday regrading Spicer makes it look like a partisan hackery shop should be respected at all. Spicer was a really bad spokesman—inarticulate, inept, dishonest and not very bright. Nonetheless, he was trying to do a difficult job, did his best, and was no more nor less awful at it than all but a few Presidential press secretaries over the last half century or so. Only Spicer, however, was deemed deserving of such insults at the end, not even Ron Ziegler, Nixon’s complicit press secretary who looked and sounded like a half-successful laboratory clone of his boss. That is because the Times’ editorial was personal, based on emotion and anger, and an ethics alarms void.

3. This story from Canada reads like it was designed to illustrate the folly of giving government more power over our lives rather than less.

Adi Astl, a retiree living  in Toronto, had joined with others in his neighborhood to ask the city to build a flight of stairs on a precarious slope leading from a sidewalk to a local park. The existing path was steep and dangerous, and there had been injuries to pedestrians trying to navigate it. The city’s delay was in part a budget issue: the various bidders on the job had cited an expense of between $65,000 to $150, 000. You know, kick backs, red tape, and all of that.Finally Astl got tired of waiting, and built the stairs himself, hiring a homeless man to help him, at a cost of $550.  Industry! Initiative! Self-sufficiency!

Can’t have that: the city tore down the steps. Not up to code. That dangerous, stairless slope, however, meets all government requirements for dangerous slopes.

This is how government bureaucracies think and operate, yet not just Canadians, Americans too are increasingly willing to turn over the keys to their safety, health,  autonomy and lives to them. Amazing.

4. The CBS legal show “Doubt” included some legal ethics poison and cultural pollution last night. One of the series leads was representing an illegal immigrant who had committed a drug offense. She had arranged a plea deal that would save him from any jail time (by lying to the prosecutor, which was represented as standard procedure  by the show: “now you really are a lawyer,” said a colleague in admiration), but her client rejected it because, he informed her, he was an illegal immigrants and a guilty plea would send him back to Guatamala (where he belongs). Our perky heroine then blurted out to the jury that her client was a) illegal b) had a family, and c) that his children would suffer if he was deported. Thus the good jurors used nullification to find him innocent of one crime, so he could continue to benefit from another. And the judge, seeing what was going on, let this travesty occur because he was “woke,” or something.  Nice.

This is the ethics rot Hollywood embraces, and is attempting use to indoctrinate the culture  by representing wrongful conduct as right. Unethical client, unethical lawyer, unethical jury, unethical defense, and unethical judge: isn’t it wonderful?

I won’t be watching “Doubt” again.