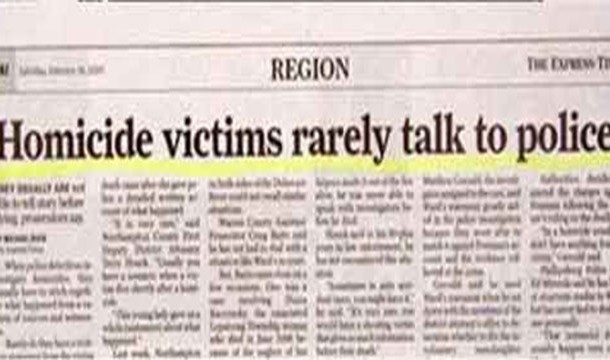 Find another occupation where your stupidity and incompetence doesn’t make the public stupid and ignorant.

“Court Admits DNC and Wasserman Schultz Rigged Primary Against Sanders,” screamed the headline of the Washington Observor, and other sources, including conservative blogs, followed the theme. This was the essence of Fake News, and like most fake news, the result of bias and incompetence, plus unprofessional editors.

In June of 2016, a class action lawsuit was filed against the Democratic National Committee and former DNC Chair Debbie Wasserman Schultz for rigging the Democratic presidential primaries for Hillary Clinton and against Bernie Sanders. The plaintiff class was made up of Sanders donors and other, and immediately smelled like a publicity stunt. The theory was that the DNC violated its own charter, but the likelihood of prevailing was virtually nil from the start. I didn’t read a single authority who thought it had a prayer.

Sure enough, the lawsuit was dismissed last week in federal court on the grounds that the plaintiffs lacked standing and the suit was a guaranteed loser. Federal Judge William Zloch, dismissed the lawsuit, saying,

“In evaluating Plaintiffs’ claims at this stage, the Court assumes their allegations are true—that the DNC and Wasserman Schultz held a palpable bias in favor Clinton and sought to propel her ahead of her Democratic opponent.”

That means that for the purpose of the decision whether to allow the lawsuit to proceed, the judge assumed that everything the plaintiffs claim was true. It doesn’t mean that they had proved their case, or that the judge has ruled that the DNC and Debbie Wasserman Schultz did what is alleged. Law professor Jonathan Turley explains,

“Since this was a motion for dismissal on standing and other grounds, a court will assume all facts in favor of the non-moving party. In other words, a court will say that “even if you were to prove all of these allegations, you would still not have a case.” Thus, the key in the above referenced line is “in evaluating Plaintiffs’ claims at this stage.” The Court was not making a finding of fact that indeed the DNC rigged the primary….The Court was saying that, even if it accepted all of these allegations are provable and proven, the plaintiffs would still lose.”

It would be competent and educational for the various news sources to explain this as well and as clearly as Turley did, rather than completely misrepresent what happened and what the judge ruled. Nah! Who would want to read that?

14 thoughts on “No, You Lazy Conservative Journalists, A Court Did NOT Rule That The DNC AND Wasserman Schultz Rigged The Nomination Against Bernie”