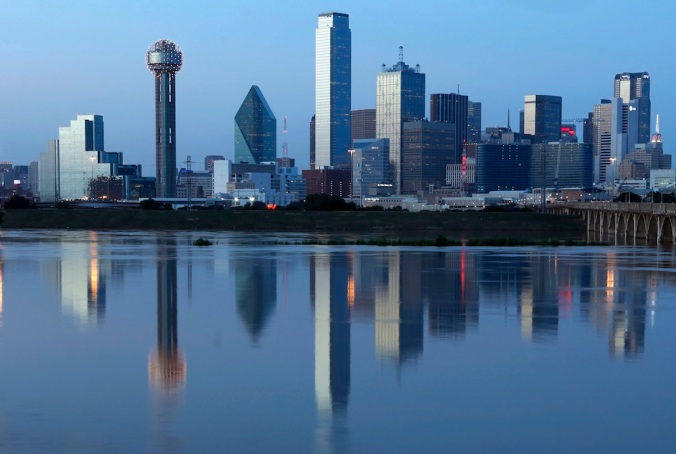 1 The New York Times and the rest of the mainstream news media, it is a relief to know, unethically and deceptively slants its news reporting in favor of Republicans when even worse Republicans are involved. Since the Ethics Alarms post about the horrible Strange-Moore run-off, I’ve been reading several articles about the issues involved. So far, I have yet to read any that mention the corrupt manner in which Sen. Strange got his seat. They all mention Moore’s problems, like the fact that he’s a theocrat who doesn’t believe in the Rule of Law.

And now your NFL Anthem Protest Ethics Train Wreck update, because it can’t be avoided, unfortunately…

2. The sports weenies of the year have to be the Dallas Cowboys, who didn’t have either the courage to play it straight and let the silly NFL Anthem Protest Train Wreck miss a stop, or the fortitude to climb right on. On Monday Night Football’s game this week, the Cowboys, owner Jerry Jones, Coach Jason Garrett and other coaches and front office executives kneeled in unison before the anthem, then rose and locked arms as it was being performed. What did it all mean? “Our players wanted to make a statement about unity and we wanted to make a statement about equality,” Jones said at a post game news conference. “They were very much aware that statement, when made or when attempted to be made in and a part of the recognition of our flag, cannot only lead to criticism but also controversy. It was real easy for everybody in our organization to see that the message of unity, the message of equality was getting, if you will, pushed aside or diminished by the controversy. We even had the circumstances that it was being made into a controversy.”

That’s clear as mud, as my dad liked to say.

Here was another theory: Cowboys wide receiver Dez Bryant told the news media that the decision “was a team thing” that was a direct response to comments and tweets by President Trump over the weekend.

“I feel like that’s the true definition of unity.Trump can’t divide this. I think sports show the perfect example of unity. It’s not just black NFL players, it’s different races. I feel like that was a clear shot at Trump, sitting on that knee like that because you just can’t do that [What Trump said was] super disrespectful. We showed great unity tonight. That’s what that was for. I feel like that was needed. … We’re not going to let a guy like that tear us apart. Not just us but this whole entire league. We’re a prime example of positive people. … He should have never said that. It was a clear punch in the face. I feel like we made up for that.”

Wait, so now this is an anti-Trump protest? What happened to protesting officers getting paid while cop-involved shootings were being investigated—you know, what Colin Kaepernick said?

The Cowboys’ whatever it was was naked, cynical virtue-signalling that ended up being stupidity-signalling.

3. Meanwhile, Pittsburgh Steeler Alejandro Villanueva  has been bullied into decrying his own decision to come onto the field and  stand for the anthem as his team protested by hiding in the locker room. “Unfortunately I threw my teammates under the bus, unintentionally,” Villanueva said. “Every single time I see that picture of me standing by myself I feel embarrassed.”

Wait: Kaepernick kneeling all by himself during the anthem while his teammates stood is a proud moment of free expression, but Villanueva doing what his conscience dictates while his team mates embarrassed  themselves is now wrong? Someone needs to explain that to me, or better yet, ask Jerry Jones, Kaepernick, Rep. Lee or any of the other “protesting” geniuses to explain it. Oh: here is Villanueva’s theory about what the protest is about:

Now this is a mass protest because there are some injustices in America! Funny, I thought it was about the nation’s cruel oppression of blacks. Now, if the NFL is protesting because qualified Asian students get rejected from elite colleges so affirmative action quotas of  black students can be met by admitting less accomplished African American applicants, or that candidates can narrowly win elections because jurisdictions refuse to ensure that voter fraud isn’t taking place, or that illegal immigrants are allowed to break our laws with impunity, or that we no longer have an objective, trustworthy journalism profession that justly reports facts rather than partisan narratives and distortions…what’s that? The protest isn’t about those injustices?

4. Ugh. Rep. Sheila Jackson Lee (D-Texas) took a knee on the floor of the House tonight during a special order by the Congressional Black Caucus focused on rooting out racism and defending the First Amendment. Isn’t it nice of the NFL to give “the resistance” another way to protest the fact that Trump beat Hillary? Lee said. as part of her typical blather, “There is no basis in the First Amendment that says you cannot kneel on the National Anthem or in front of the flag.”

This is a straw man, just as almost all the claims and complaints about the NFL’s mass nonsense is a straw man. Nobody has suggested that the First Amendment allows the government to outlaw kneeling during the National Anthem, or spitting, cursing, doing handsprings or singing the “Catalina Magdalena Hoopensteiner Wallendiner Hogan Logan Bogan Song. ” The question is whether fans and ticket buyers should be forced to endure half-wit political grandstanding with their football, and whether it is fair, responsible and right to  subject them to such on-field propagands. That’s the only issue.

The same would be true if my supermarket made me listen to a partisan rant while I was checking out my groceries. A responsible business doesn’t allow its employees to impose on its customers that way. That’s the issue. It isn’t even a partisan issue: it doesn’t matter whether the political message being broadcast is valid or not. Shut up and play, shut up and sing, shut up and take your bows after “Hamilton,” shut up and check groceries.

Try a political protest in court if you are a lawyer, and prepare to be held in contempt. You have all the opportunity in the world in this country to make your political views known (unless the antifa objects, and then you risk getting beat up while the press argues that you had it coming).  Your employers just shouldn’t allow you to do it on my dime, during my down-time, when I am paying to have you do something else.

Why is this so hard to grasp?

5. In case you were wondering, one baseball player, a white rookie reserve catcher for the Oakland A’s, has emulated the NFL’s dolts. Oakland Athletics rookie catcher Bruce Maxwell became the first Major League Baseball player to kneel during the national anthem over the weekend. He dropped to a knee and pressed his cap against his chest just outside Oakland’s dugout during the anthem. This figures, in a way: It’s Oakland, right next door to Nancy Pelosi’s empire by the Bay, where values are muddled beyond recognition, and where Kaepernick first began Kaepernicking. The A’s are so far out of contention that they can’t see the play-offs with a telescope, and their California fan base all probably think that Hillary was elected President and the Electoral College is a Russian plot. Maxwell’s prolix explanation:

“The point of my kneeling is not to disrespect our military, it’s not to disrespect our Constitution, it’s not to disrespect this country. … My hand over my heart symbolizes the fact that I am and I’ll forever be an American citizen, and I’m more than grateful to be here. But my kneeling is what is getting the attention because I’m kneeling for the people that don’t have a voice. And this goes beyond the black community, and this goes beyond the Hispanic community, because right now we’re having an indifference and a racial divide in all types of people. It’s being practiced from the highest power that we have in this country, and it’s basically saying that it’s OK to treat people differently. My kneeling, the way I did it, was to symbolize that I’m kneeling for a cause, but I’m in no way or form disrespecting my country or my flag.”

The President has never said or suggested that “it’s OK to treat people differently,” and whatever divisions there are are exacerbated, not assuaged, by stunts like Maxwell’s, as well as ignorant and factually false justifications for it.

6. Then there is the President, over-playing an inherently winning hand. He’s still tweeting about this foolishness, as if the fact that the crazy North Korea dictator is claiming that the US has declared war and that a U.S. territory is devastated are secondary to what the NFL is doing. Irresponsible, incompetent, and, again, stupid, even though it may end up being politically beneficial. A President should not get involved in such matters, shouldn’t interfere in private businesses, shouldn’t comment on the speech and conduct of citizens, even prominent ones, and should be a role model in the culture wars, not a combatant. It is an abuse of power and position.