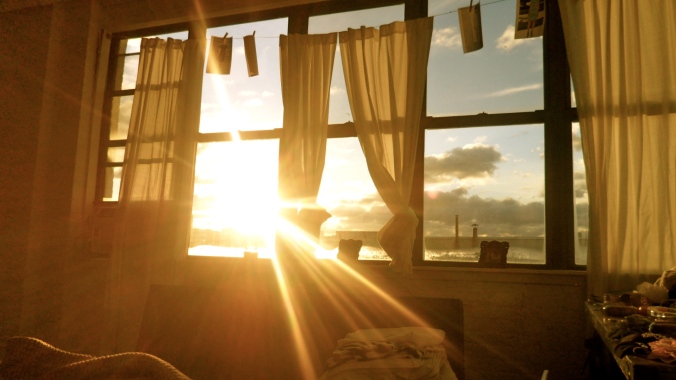 1 Today I’m going to have to waste several hours responding to a vexatious and retaliatory lawsuit by an Ethics Alarms commenter. It’s remarkable I’ve been able to avoid this annoyance for so long, I suppose, but annoyance it is. I’ve been threatened with a few lawsuits, and served once before, in that case by a lawyer who was angry that I described his ridiculous law suit against a Hollywood film as ridiculous.

The misuse of the legal system to harass and extort is an expensive price we all pay for living in a democracy that agrees with Clarence Darrow that in order to have enough liberty it is necessary to have too much. Our prices are higher, our medical expenses are inflated, and other rights, like freedom of expression, are constrained by the nation’s commitment to let common people, and often common people with unethical motives, have easy access to the courts to address their grievances, real, imagined or manufactured. I support this without reservation, , but it is no fun being the victim of it.

2.  It is a common refrain in resistance circles and the social media echo chambers that President Trump “isn’t doing anything.” That is hardly the case, and like a lot of anti-Trump rhetoric, is intentional disinformation. Since the anti-Trump collective spends all of its time trying to devise ways to somehow un-elect him—the 25th Amendment nonsense in back in the news—-while focusing on his tweets, his boorishness,  his feuds, and what he hasn’t done, they ignore the fact that Trump’s administration has been remarkably productive in addressing the issues that helped elect him. The U.S. is no longer wink-winking about illegal immigration. It is undoing the Obama policy of issuing restrictive energy regulations to signal concern over climate change that won’t have any measurable effect on climate change. The disastrous “Dear Colleague” please start assuming all male college students accused of sexual assault are guilty letter is gone and unlamented. We are not being bullied by little North Korea any more. Regulations of all kinds are being cut back. He is remaking the judiciary, pointing it away from judicial activism. Consumer confidence is high, and the stock market is soaring.

All of this has taken place in less than a year. The wisdom of many of these measures can be debated, and progressives hate all of it, but that’s irrelevant. There is much to criticize President Trump for, and much to deplore about his long and short-term effects on his office and the culture. Not accomplishing his stated goals, however, is not one of his flaws.

3. The Washington Nationals, who have morphed into the post 1986 Boston Red Sox as the team that always finds a way to miss winning the World Series, were eliminated in the National League Division Series with the assistance of many flukey plays that went against them. Particularly galling was when an 8th inning Nats rally was cut short in the fifth and decisive game against the Chicago Cubs because Washington’s second-string catcher was picked off first base with the potential game-tying run in scoring position. Jose Lobaton—now a name that will live in D.C. infamy–looked safe on TV and was called safe by the umpire when a snap throw to first by Cubs catcher Wilson Contreras caught him taking too big a lead. A slow motion review of the instant replay, however, showed that Lobaton’s  foot came off the first base bag for a nanosecond while Cubs first baseman Anthony Rizzo still had the tag on him. The naked eye would never have caught it. Still, if a runner is tagged while not on a base, he’s out.

On the NBC Sports website, blogger Bill Baer argued that this was a misuse of instant replay, writing in part,

“I]t feels unfair to use replay review in this manner. Both teams’ success or failure hinged on Lobaton’s foot coming off of the bag for one-sixteenth of a second. It’s a technicality, like coming back to your car at 10:01 only to see the meter maid walking away and a ticket on your windshield.

The spirit of replay review wasn’t about microscopic technicalities, it was about getting certain calls right: home run/not a home run, fair/foul, safe/out (in other areas, obviously, given this argument). Major League Baseball should greatly consider amending the rules to make it so that a player simply returning to the bag is grounds to be called safe, ending the pedantry of these types of reviews.”

This reminds me to add “It’s just a technicality” to the rationalizations I haven’t gotten around to adding to the Ethics Alarms list. (This makes four.)  It may feel unfair to enforce the rules, just like it feels unfair when you flunk the written test to get a license by one question, or get a ticket when you were driving just a little over the speed limit, or win the popular vote and still don’t get to be President because of the Electoral College. The “spirit of replay review” was to get calls right based on what really happens, not based on what the umpire saw or what he thought happened. Not “certain calls”: there’s no virtue in a wrong call that was just a little wrong. The difference between safe and out isn’t small or technical in baseball. It is everything. Lobaton was out, and it isn’t anything but a benefit to the integrity of baseball that he was finally called out.

4. Readers always get upset when Ethics Alarms condemns the public school system, but I must ask them how any system that permits something like this is anything but untrustworthy and disgraceful.

Francis Blake has not held a permanent position in a New York City public school in at least five years. At his last job, in a Bronx elementary school, records show he was disciplined for incompetence, insubordination and neglect of duties — he had been caught sleeping in a classroom when he was supposed to be helping with dismissal.

Felicia Alterescu, a special-education teacher, has been without a permanent post since 2010, despite high demand for special education teachers. According to records, in addition to getting a string of unsatisfactory ratings, she was disciplined for calling in sick when she actually went to a family reunion. She also did not tell the Education Department that she had been arrested on harassment charges.

This month, Mr. Blake, Ms. Alterescu and hundreds of other teachers who are part of a pool known as the Absent Teacher Reserve could be permanently back in classrooms, as the city’s Education Department places them in jobs at city schools.

The reserve is essentially a parking lot for staff members who have lost their positions,…but cannot be fired. It grew significantly as a result of a 2005 deal between the Bloomberg administration, which wanted to give principals control over hiring, and the teachers’ union. Since then, the union has fiercely protected the jobs of teachers in the reserve, resisting attempts to put a time limit on how long a teacher can remain there. Until now, the teachers in the reserve have rotated through schools for a month at a time, serving as substitutes or, in some cases, sitting in the teachers’ lounge.

And being paid the whole time.

5. Want a silver lining to the Harvey Weinstein cloud?  It is raining on a lot of phony Hollywood “good guys” who are being caught in the act of hypocrisy and virtue-signalling. We already discussed Ben Affleck. Now George Clooney has been caught in the downpour. After Clooney intoned that what Weinstein had done was “indefensible,” but of course he knew nothing about it. This prompted Vanessa Marquez, an actress who played a nurse on ER for three years to tweet,

“Clooney helped blacklist me when I spoke up abt harassment on ER.’women who dont play the game lose career’I did”

“I had no idea Vanessa was blacklisted. I take her at her word. I was not a writer or a producer or a director on that show. I had nothing to do with casting. I was an actor and only an actor. If she was told I was involved in any decision about her career then she was lied to. The fact that I couldn’t affect her career is only surpassed by the fact that I wouldn’t. “

In “All The President’s Men,” this was called a “non-denial denial.” What Marquez was saying is that sexual harassment was rampant on the set of Clooney’s TV show, and he did nothing about it, despite being the star.

23 thoughts on “Morning Ethics Warm-Up, 10/14/17: Too Much Liberty, Too Much Precision, Too Much Success, Too Much Posturing, And More”