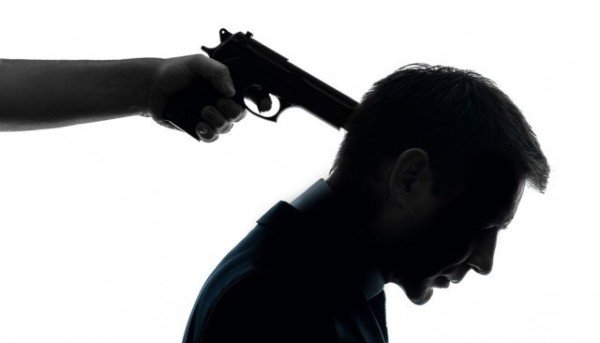 “Nice little airline you got there. Too bad if anything were to happen to it…”

The NAACP has hit on a new, unethical and brilliant extortion tactic. The venerable civil rights group issued an advisory warning calling for black travelers to be cautious about flying on American Airlines. This prompted the airline’s chairman, in response, to announce that the company does not “and will not tolerate discrimination of any kind.” In a previous advisory, the organization told African-Americans to stay out of Missouri. Next, it will tell them not to watch Fox News.

The NAACP attributed its warning to what it called “a pattern of disturbing incidents reported by African-American passengers, specific to American Airlines.”  It cited four incidents  as examples that “suggest a corporate culture of racial insensitivity and possible racial bias on the part of American Airlines.” Four incidents, of course, do not suggest a corporate culture or a pattern. How many white or Asian flyers have had similar confrontations? The NAACP doesn’t care, and I doubt it bothered to find out. The man who was dragged off a United flight in April was Asian. The female passenger who was allegedly struck by an American flight attendant earlier this year was white.  I consider myself abused by every airline I fly. Unfortunately, since I’m a Greek American, my only recourse is to conclude that the reason for my discomfort is that the industry is callous and incompetent, and its employees are poorly trained and supervised. If I were black, I would know my treatment was based on race.

The NAACP did not ask American to supply its side of the alleged racist incidents. As with the police shootings narrative, all that matters is the race of those involved: if a black passenger was ejected from a flight, that’s prima facie evidence of racism. The tactic is a boon for black passengers who feel like being difficult: is there any doubt that American will issue a memo telling its employees to be extra-tolerant and especially patient when black passengers misbehave? The result will be a racial double standard favoring African Americans. That, and the inevitable corporate contribution to the NAACP by American to show they are trying, is the real motivation behind the “advisory.”

Writes Isaac Bailey, a black CNN reporter, in a weird and self-contradictory piece:

It’s hard to be alarmed by the advisory, given the paucity of evidence the revered civil rights organization has so far presented..

Actually its easy to be alarmed by a civil rights organization calling your company racist. Who is he kidding?

And then Bailey goes on to make this the center of an “It’s not the worst thing” argument.

— and because we are living in volatile times during which profound questions about racial and other forms of inequality are popping up everywhere.

Naturally, he cites the fact that Colin Kaepernick isn’t employed, and that football fans don’t appreciate having to watch millionaire athletes turn the games they are paid to play  into agitprop for vague social justice complaints. Among other things, Bailey is also troubled that the FBI has created the term “black identity extremists,” as if everyone, including him, doesn’t know exactly what that refers to, and that is an accurate and useful description.

“I reached out to the NAACP to see if there was a compelling reason for the advisory I hadn’t thought of,” he writes, ” or if they had more evidence of a broader pattern of discrimination, but I didn’t hear back.” Bailey’s point appears to be that America is relentlessly racist, but focusing on the airlines is trivial.

It won’t seem trivial when an extorted corporation has the guts to sue the NAACP for disparagement and slander, as the organization deserves.

37 thoughts on “Playing The Race Card For Intimidation, Power, And Profit”