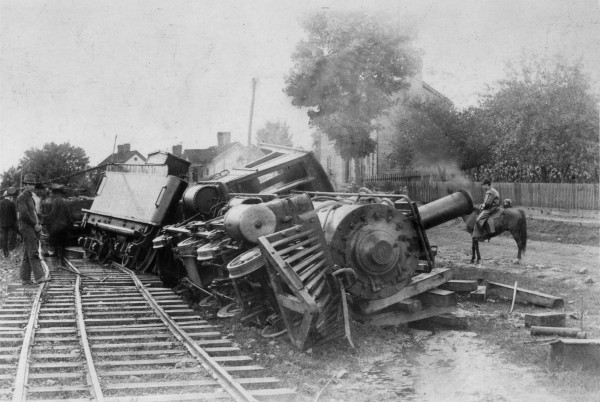 “Republicans in Washington seemed near panic Thursday in the light of a news report in which four women said Roy S. Moore, the Republican nominee for a United States Senate seat in Alabama and an evangelical Christian, had made sexual or romantic overtures to them when they were teenagers and he was in his 30s. Senator Mitch McConnell of Kentucky, the Republican majority leader, said Mr. Moore should step aside ahead of the Dec. 12 special election if the allegations were true.”

“Sexual or romantic overtures,” eh? We are now officially entering the Witch Hunt Zone. Bill Cosby has been accused of drugging and sexually assaulting women. Harvey Weinstein has been accused of sexually harassing many women in the workplace, as well as committing sexual assault and rape. Kevin Spacey was first accused of throwing a 14-year old boy onto a bed,and laying on top of him until the boy managed to get away—30 years ago. Now a controversial politician—he’s controversial because so many Republicans somehow think he is qualified to be an elected official when he clearly isn’t, and the only controversy is over whether they have no scruples, or are merely too dumb to be let outside without a leash—is being accused of “pursuing” three girls ranging in age between 16 and 18 and one girl who was 14 almost 40 years ago, when he was in his early thirties.

Unlike in the cases of Weinstein, James Toback, and most (I haven’t waded through all of them) of the Hollywood types now riding the Weinstein Ethics Train Wreck, only one crime is being claimed against Moore. It is also worth considering that the age of legal consent in Alabama is 16. A thirty year-old hitting on teens that young is certainly creepy, but it’s not illegal, and if Alabama says its legal, it is also saying it isn’t so creepy that the State wants to discourage it.

Thus we are left with just one accuser, Leigh Corfman, whose accusation involves alleged wrongdoing by Moore.. She  says she was 14 years old in 1979 when  Roy Moore introduced himself to her and her mother as they were sitting outside an Alabama courthouse. Moore was a 32-year-old assistant district attorney at the time. He  offered to watch the girl while her mother went inside for a child custody hearing.  Alone with her, Moore asked Corfman for her phone number, and later asked her out on a date. (We do not know if he asked her age.) On the first date, Corfman says, Moore drove her to his home  about 30 minutes away, told her how pretty she was and kissed her. On the second and final date, she says, he took off her shirt and pants and removed his clothes. He touched her over her bra and underpants, she says, and guided her hand to touch him over his underwear. Corfman says she then asked Moore to take her home, and he did.

Except for the ages of the two people involved, that sequence of events is neither noteworthy nor remarkably different from the first two dates in millions of relationships since 1979. According to current Alabama law, however, it could be criminal for an adult to touch a child in the way described.  Of the four women, the youngest at the time of her involvement with Moore was Corfman, and she is the only one who says she had physical contact with Moore that went beyond kissing.

With this attack on Moore, we are officially there.

Why, for example, does the Post show a photo from 1979 that it says shows Corfman when she was “about” 14? The story is about age. Was she thirteen? Fifteen? Is that a fair image to convey how she looked to Moore when he met her, or is it like the photos the media liked to publish of Trayvon Martin and Mike Brown, making them appear younger than they were when the events at issue occurred?

The statute of limitations for the alleged sex crime with the 14-year old is past the statute of limitations by, oh, 37 years, and that’s assuming that the law then was as prohibitive as it is now. There’s a reason for such statutes: bring charges when so much time has passed that memories play tricks and evidence has evaporated is unfair to the accused.

“There are some communities under Sharia law right now in our country…Up in Illinois….I understand that there are some.”

Moore also  suggests that a lack of faith in God may have played a role in the 9/11 attacks. In one speech, he quoted a passage from the book of Isaiah describing how when God’s message is rejected, sin will come like a high wall that suddenly collapses.“Sounds a little bit like the Pentagon, whose breaking came suddenly at an instance, doesn’t it?” Moore said. Then he referenced a later verse that alludes to slaughters and towers falling. “Think that’s coincidence?” he asked. “You know, we’ve suffered a lot in this country. Maybe, just maybe, because we’ve distanced ourselves from the one that has it within his hands to heal this land.” Moore said that God may be upset because “we legitimize sodomy” and “legitimize abortion.”

Moore has proven himself to be, beyond a shadow of a doubt, an untrustworthy zealot who has no respect for the rule of law and the United States Constitution, but Mitch McConnell thinks that’s just fine for a GOP backed U.S. Senate candidate. Those two dates with that 14-year-old 40 years ago, though…Mitch won’t stand for that.

If it’s true? How would anyone but Moore and his accuser know it’s true? Why would Moore admit that he molested a 14-year-0ld? McConnell’s comment is meaningless.

However, they still deserve the same fair treatment anyone would want, and an ambush during an election with a 40 year old allegation that can’t be proven is unfair.

There are so many reasons Roy Moore shouldn’t get a single vote in the Alabama Senate race before we get within miles of his dating history. I suppose the important thing is that he lose, and that voters punish the party that is so cynical and irresponsible that it nominated someone like him. Still, if he loses because of the Corfman story, it will make the already embarrassing saga of Roy Moore even more absurd than it already was, something I once thought was impossible.

This episode shows these late and unprovable accusations of sexual misconduct are becoming a serious ethics problem. Far better people than Roy Moore–a low bar, I know— will be unjustly destroyed before the Harvey Weinstein Ethics Train Wreck runs its course.

[This article has been revised to reflect the fact that Moore’s alleged conduct with the 14-year-old would indeed violate current Alabama Child Molestation Laws.  The commenters on the original post helped me figure out how to get the story right, and Ethics Alarms is grateful for their assistance.]

127 thoughts on “Fun With Witch Hunts! If The Harvey Weinstein Ethics Train Wreck Has To Run Over Someone, Roy Moore Is A Great Choice, But Still…[UPDATED!]”