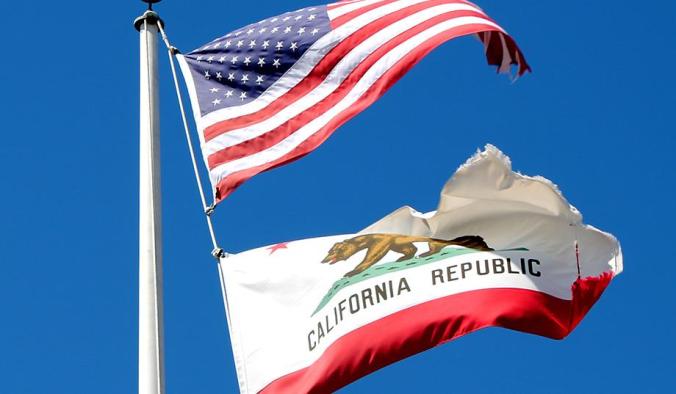 This is the prevailing culture in the state Hillary Clinton won so overwhelmingly that she was able to claim that she really “won” the election. You don’t want to live in that culture. It opposes the Freedom of Speech.

Opposing free speech is unethical. It also is undemocratic. But Californians are increasingly incapable of seeing this. It is a case study in how a culture rots. Some recent examples of how the rot is proceeding.

In 2016, Mark Feigin posted five insulting comments on the Islamic Center of Southern California’s Facebook page. Among them:

As a result, California is prosecuting him for allegedly violating Cal. Penal Code § 653m(b):

A First Year law student of reasonable mental acuity could tell you in a trice that this was unconstitutional—that is, she could if she hadn’t been marinated in the anti-democratic culture that is 21st Century California. It is also an unethical and intellectually dishonest effort to use an ill-fitting law to punish “hate speach.” Here, in part, is the analysis of Prof. Volokh, a constitutional law specialist:

This can’t possibly be consistent with the First Amendment; indeed, in U.S. v. Popa (D.C. Cir. 1999), the D.C. Circuit set aside a telephone harassment conviction of someone who left seven racist messages on the voicemail of then-U.S.-Attorney Eric Holder; and the court focused on the “political message” of the speech, and not on Holder’s status as a government official. Given that insults targeted to a particular person, related to a political message, are thus constitutionally protected, so are more general insults aimed at an ideology and all its adherents, whether that ideology is Islam, Scientology, conservatism, gun rights, or anything else. Laws aimed at preventing unwanted repeated messages to particular private citizens shouldn’t be applied to messages sent to ideological organizations (or to public officials). And this is especially so when it comes to annoying Facebook posts, which the organization can simply block.

…I hope the court indeed promptly throws them out as unjustified under the statute, forbidden by the First Amendment, or both. But if the courts accept such charges, expect to see many more people, left, right, and otherwise, prosecuted for posting insulting messages on many groups’ web pages.

II. No free speech on campus without permission!

Here is another example of The FIRE fighting the leftist totalitarianism creeping into U.S. colleges and universities…especially in California.

Last October, Skyline College student Eric Corgas, President of its Young Americans for Liberty chapter, was distributing copies of the Constitution from a “small folding table” while he distributed America’s founding document. He was accosted by a school administrator who told Corgas that the school was “okay with you guys doing free speech,” and  if“it probably… were, like, not disruptive, it wouldn’t be an issue,” but first the group needed to fill out a “free speech permit” for approval. The student, correctly, refused.

A FIRE lawyer sent the school a letter explaining—why should any college have to be told why it must respect free speech? Oh, right…California—that a requirement for prior approval to express a political position violates local standards  that say its campuses cannot stop expressive activity “solely because” the expressive group doesn’t get permission.  FIRE attorney Brynne Madway told Skyline President Regina Stanback Stroud also informed the college thata 2012 decision by the 9th U.S. Circuit Court of Appeals held that Oregon State University could not restrict off-campus newspapers more than  on-campus papers because the campus is “at least a designated public forum” under state regulations.

“The outdoor areas of Skyline’s campus are, accordingly, at minimum a designated public forum,” Madway wrote. The free-speech permit itself, which includes a “check box” for Cariadus’s department to sign, invites the school to discriminate against students by viewpoint and content because they have to disclose their “topic or issue” and what will be “displayed or distributed” during their activities.Thus requiring a permit to engage in such expression “without narrow, objective, and definite standards” is an unconstitutional prior restraint.

Then she pointed out that the school’s censorious ways were likely to be expensive. That got their attention. Skyline charged its policies, and there are no more “free speech permits.” That doesn’t mean that the campus isn’t still hostile to the Constitution, or that the state culture that infects isn’t still in the process of rejecting core American values in pursuit of  misguided hard-left agendas.

The Democrat  Party appears to be confident that it can reject core American principles and that the voting public will just quietly assent. It  is increasingly moving Westward and Leftward, rejecting the Constitution with every step. California has rejected the rule of law by becoming a “sanctuary state.” A California Congresswoman and the California Democratic Party are advocating impeachment without the requirement laid out by the Founders. The national party’s leader in the House, Nancy Pelosi, supported jettisoning the principle of due process of law, even to the extent of forcing a Democratic Senator, Al Franken to resign despite claiming innocence of accusations against him.  California’s universities, such as the University of California, has tacitly sanctioned the use of violence to silence unpopular opinions and speakers on campus.

Perhaps Democrats are counting on news media embargos on the truth keeping the public in the dark until after election day. But California is awfully big, and lurching toward liberal fascism at an increasing pace. I think–I hope—that they underestimate the public’s commitment to liberty.