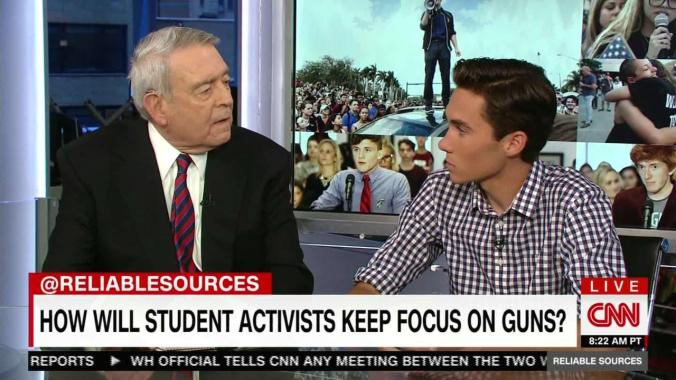 1. Let us begin with this. The National Rifle Association is an advocacy organization. Advocacy organizations operate exactly like lawyer representing clients, and their ethical obligations are similar. They must be loyal to the interests of the object of the representation. They must be zealous, honest, and they must avoid conflicts of interest. In this regard all advocacy organizations, regardless of where they land on the ideological or partisan spectrum, are the same. They have a mission, and a job, and a duty to do it well. The ACLU exists to be an advocate for absolute integrity of the Bill of Rights, particularly the First, Fourth, Fifth, Sixth, Eighth and Ninth. The NRA has a similar mission regarding the Second Amendment, because the ACLU has never been zealous about that one. FIRE advocates for free speech on college campuses, which is often not a First Amendment issue.

NARAL is a zealous advocate for abortion rights, in absolute terms. Most advocacy groups adopt absolute positions which often seem unreasonable to moderates. The U.S. Chamber of Commerce is an advocacy group for business—I once worked for them—and opposed government regulations. The Association for Justice—I worked for them too–is an advocacy group for plaintiff’s trial lawyers, and fights any efforts at reforming the tort system, such as capping damages or punishing frivolous lawsuits. All of these and more take the extreme position on one side of a controversy to balance other advocacy groups that take extreme positions in opposition. In this they are very much like opposing lawyers in a trial, except the public is the jury. This is how democracy works, and it is the only way democracy can work.

Condemning and demonizing an advocacy organization because one does not agree with or dislikes the position it advocates is, in my view, exactly like condemning a lawyer for effectively representing an unpopular client—and a lot of ignorant Americans do that, too. Citizens have a right to have an effective organization promote their views and opinions in the court of public opinion, just as citizens have a right to have a competent attorney to represent their interests in a court of law. Attacks on this principle are unsustainable, unethical, and undermine democracy.

2. CNN, and other segments of the news media but especially CNN, has been aggressively attacking this principle since February 14, when Nicholas Cruz opened fire. CNN is NOT an advocacy organization, or is not supposed to be. It is a news organization, and its job and duty is to present facts to the “jury” without trying to influence it one way or the other. On the gun issue, CNN has completely abandoned objectify and its duty to inform, in an unethical effort to advocate for anti-gun interests antithetical to journalism standards.

3. Here is a stunning admission by the New York Times, which has been almost as shrill in its call for gun bans as CNN, in a front page story (Bolding mine):

To many of its opponents, that decades-long string of victories is proof that the N.R.A. has bought its political support. But the numbers tell a more complicated story: The organization’s political action committee over the last decade has not made a single direct contribution to any current member of the Florida House or Senate, according to campaign finance records.

In Florida and other states across the country, as well as on Capitol Hill, the N.R.A. derives its political influence instead from a muscular electioneering machine, fueled by tens of millions of dollars’ worth of campaign ads and voter-guide mailings, that scrutinizes candidates for their views on guns and propels members to the polls.

“It’s really not the contributions,” said Cleta Mitchell, a former N.R.A. board member. “It’s the ability of the N.R.A. to tell its members: Here’s who’s good on the Second Amendment.”

Wait, what? If this is true, and it is, then why did CNN anchor Don Lemon and guest Joan Walsh keep describing the NRA—not its individual members, but the advocacy organization, as essentially bribing Paul Ryan with “millions of dollars” (And why did pro-Second Amendment advocate Rich Lowry never clarify what the Times did? My guess: He didn’t have the facts himself. Incompetent advocacy.) And why did moderator Jake Tapper allow a Democratic Congressman to falsely announce to the audience in CNN’s “town hall” that “No matter how much money the NRA spends on political campaigns, millions and millions of dollars spent trying to convince people that representing the interests of gun companies is more important than standing up for the safety of the people of America..”? The suggestion that the NRA funds “political campaigns” is at best deceit that an ethical, neutral, informed moderator would be obligated to correct.

And why was Tapper silent when one student hectored Marco Rubio, saying, ” So Senator Rubio, can you tell me right now that you will not accept a single donation from the NRA in the future?” and “in the name of 17 people, you cannot ask the NRA to keep their money out of your campaign?” Rubio receives no “NRA money.” Of course, Senator Rubio, had he not been the proven incompetent under pressure that we know him to be, could have specifically debunked the falsehood himself instead of vaguely speaking about how “people who agree with his policies supporting the Second Amendment’ contribute to his campaign.”  That is where the donations come from: not the NRA but individuals.

But there’s a much bigger problem in Washington where they say they want — here’s what Dana has been saying as a spokesperson for the NRA. She wants to continue to pass laws, she wants people in Congress to pass laws that help out with mental health and things like that and she says she can’t do that. Are you kidding me? You own these politicians. You’ve passed legislation that enables these bump stocks, which by the way aren’t allowed at NRA shooting ranges because they’re too dangerous, that’s how bad they are. But continuing on with my point. She wants Congress to take action and says that they won’t. Are you kidding me? She owns these congressmen. She can get them to do things, it’s just she doesn’t care about these children’s lives….I agree that the Second Amendment is important, but I think we should have limitations on it in the same way that we have limitations on the First Amendment. For example, I’m still allowed to speak here today, I’m allowed to speak to the press, but I can’t yell fire in a crowd theater in the same way you shouldn’t be able to get an AR-15 if you’re mentally unstable 19-year-old.

Stelter, who continues to debase the concept of media ethics watchdog with every show—this one began with Dan Rather as a guest…Dan Rather on a program called “reliable Sources.” Think about that, did correct Hogg earlier, when he said that Dana Loesch was the CEO of the National Rifle Association, but he didn’t have the wit or integrity to correct…

Oh, I know, he’s just a kid. It’s unfair to expect him to comprehend such nuances and details—except that he’s being used by CNN to attack the NRA with bad facts and false analogies.

5.  Saving the most despicable for last, I give you CNN commentator Van Jones, who argued last week  that a “whole generation of young people”  regards the NRA as the equivalent of the Klu Klux Klan because the organization  “has played a net destructive role for people who are trying to solve this problem,”  adding,

“There is a sense of fear and terror among people who are in elected office that if they even entertain certain notions that the NRA is going to drop a ton of bricks on them…we haven’t had the kind of innovation, experimentation, trying of things—I don’t know of any of the things being proposed would make any difference at all yet, but we should know more than we know right now. We should have been able to try things and we haven’t been able to….You have a whole generation of young people who essentially see the NRA as their enemy…To them the NRA is like the KKK; it’s just some hostile force that is against them, that’s risking their lives.”

Jones is a handsome, charming, articulate and reasonable sounding race-baiter that no ethical news source should employ.  Here, he is guilty of…

CNN is contrast, is a journalism and news organization behaving as an advocacy group…an unusually dishonest one.

44 thoughts on “CNN Vs. The NRA: Ethically, It’s No Contest”