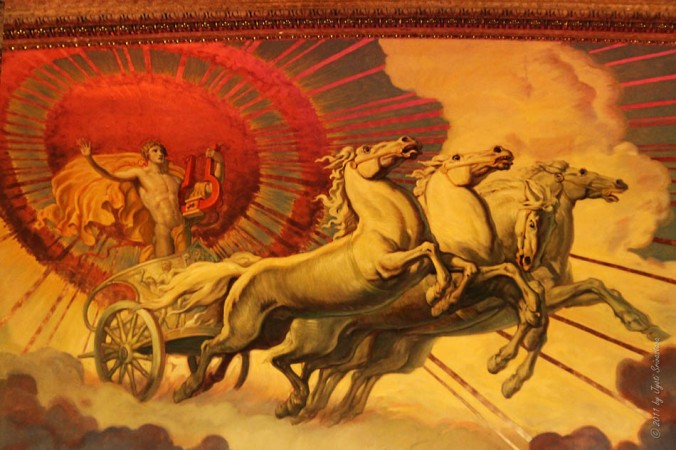 How many of you never realized that people like Comey and Brennan kept their clearances after leaving their jobs? I didn’t, and what a dumb and irresponsible rule that is. Apparently Senator Rand Paul sparked the move by tweeting that Brennan’s ridiculous “treason” accusation warranted a loss of clearance. I’d go further: the demonstrable determination of all of the named former official to assist “the resistance” and oppose the policies and very existence of the Trump administration makes ending their access to classified information mandatory.

If someone has a non-partisan, reasonable argument why the President shouldn’t just do this immediately, I’d love to hear it, especially as it applies to Comey and McCabe, who were fired.

Unequivocally bad, as in irresponsible, incompetent, undignified, unprofessional  and self-destructive, was Trump’s all-caps tweet threatening Iran after another one of that nation’s “mother of all wars” statements. Diplomacy by tweet is per se ridiculous and reckless, so saber-rattling by tweet is obviously worse. If there is a serious message to be sent, then the President should send it formally and in a professional manner. Since all-caps communications are annoying and offensive no matter where they appear, they are doubly so coming from a nation’s leadership. There is no way to interpret that Trump tweet in a way that is complimentary to the President.

2. This is one more reason my wife just told a GOP Congressional Committee fund-raising caller to never darken our phone-lines again: I really thought this story was a hoax, but unfortunately it is not. In the second episode of Showtime’s Who Is America?, Sacha Baron Cohen’s unethical “let’s humiliate people Democrats don’t like by tricking them” TV show, Cohen persuaded Jason Spencer, a Republican state representative from Georgia who apparently has the IQ of a sea sponge, to pull down his pants and scream “Nigger!” on camera.

Georgians must be so proud.

Cohen claimed to be an Israeli terrorism expert named Col. Erran Morad, and recruited Spencer for a training video on how elected officials can protect themselves from terrorists. Cohen as Morad asked Spencer to act like a Chinese tourist in order to take selfie-stick photos up a suspected terrorist’s burka, so he did.  Cohen asked  Spencer to scream the “N-word” because using the “forbidden” word would help ward off terrorists, so the idiot legislator did, and with alarming gusto. (Then Baron Cohen said, “Are you crazy? The ‘N-word’ is “noony,” not this word, this word is disgusting!”)  Morad told Spencer that terrorists are so afraid of gay people that they think they will become homosexual if you touch them with  bare buttocks, so Spencer obediently took off his pants and pressed his hindquarters against his Israeli trainer, shouting, “‘Murica!”

Not surprisingly, there are calls for Spencer to resign; he has already lost his primary. Of course he should resign; an idiot like him should never have been allowed to run as a Republican in the first place, nor should such dolts have won an election, and he won two. What Cohen does is unethical, but it does have its compensations. Spencer, for his part, whined that “It is clear the makers of this film intended to deceive me in an attempt to undermine the American conservative political movement.”

No, you irredeemable fool, idiots like you undermine the American conservative political movement, and always have.

3. The ethical values are diligence and competence, Gary. More baseball ethics! The New York Yankees lost a crucial game last night when their young, talented and perplexing young catcher, Gary Sanchez, twice appeared to loaf on the field, allowing one run to score (by the Tampa Bay Rays) that should not have, and preventing his team’s tying run from scoring in the 9th inning. Failing to hustle is a cardinal sin in baseball, and is a particularly obnoxious trait in players earning millions of dollars, though the same ethical offense would attach if they were earning peanuts, The life equivalent is not trying, shrugging off one’s duties, and treating existence with a muttered “whatever” no matter how much others depend on you.

Particularly galling was when Sanchez, getting thrown out at first for the final out of a 7-6 Yankees loss (the tying run would have crossed the plat if he had been safe), blew a bubble as he crossed the bag…

4.  True: a growing power within the Democratic Party is hostile to free speech. Rep. Keith Ellison (D-MN), the deputy chair of the Democratic National Committee, wrote to Jeff Bezos, Amazon CEO and publisher of the Washington Post, and asked,

I am writing to you with my concerns about the amount of money Amazon has made from the sale of literature and music published by entities identified as “hate groups” by the Southern Poverty Law Center (SPLC)….Will Amazon stop publishing physical and digital materials from SPLC-identified hate groups in the next three months?

The SPLC is a blatantly partisan group that recently had to pay damages and apologize for falsely labeling an organization a “hate group.” Amazon is the most prominent and powerful book publisher in the U.S.: Ellison was directly asking that the company pull books that progressives disagree with in the months running up to the November elections. This is signature significance. A party that believes in and respects the Bill of Rights doesn’t seek to win elections this way, or have people like Ellison in leadership positions.

Interestingly, once the link was published by conservative media to the page on Ellison’s House website where the letter’s text was available, Ellison took down the page. Now that link leads to this.