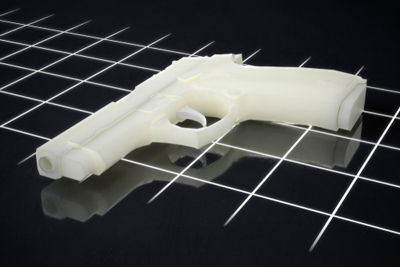 “The Court declines to wade through these issues based on the limited record before it and instead presumes that the private defendants have a First Amend ment right to disseminate the CAD files. That right is currently abridged, but it has not been abrogated. Regulation under the AECA means that the files cannot be uploaded to the internet, b ut they can be emailed, mailed, securely transmitted, or otherwise published within the United States. The Court finds that the irreparable burdens on the private defendants’ First Amendment rights are dwarfed by the irreparable harms the States are likely to suffer if the existing restrictions are withdrawn and that, overall, the public interest strongly supports maintaining the status quo through the pendency of this litigation.”

The injunction will stand until final resolution of the multi-state lawsuit seeking to keep the blueprints offline. Lasnik had issued a temporary restraining order in the case July 31, prompting this post, which states the Ethics Alarms position still:

“It sure sounds like prior restraint to me, and I suspect, when this gets to the Supreme Court, which it inevitably will, that will be the conclusion.

This began as one more example of the Obama Administration playing fast and loose with the Bill of Rights. Now, it may well be, as the suit by the states alleges, that the Trump Administration didn’t handle its legal U-turn properly, it being, after all, the Trump Administration. Nonetheless, the government blocking the online publication of information, which is what a blueprint is, when no copyrights, patents or trademarks are being violated or national secrets revealed, seems like a pretty clear First Amendment violation.”

If Lasnik’s langauge about “abridged, but it has not been abrogated” doesn’t send chills down your spine, I guess that means you’re a typical progressive or Democrat these days. The First Amendment says that “Congress shall make no law…abridging the freedom of speech,” meaning that the judge here admits that his ruling and the law suit are efforts to cut another chunk out of our core national values. But hey, it’s all cool! The ends justify the means, and we all know that guns are bad. That Second Amendment thingy? Once we take down the First, the Second will be a piece of cake.

As was discussed at length in the excellent thread on the previous post, it’s a long, long way, not just from May to December, but also from having the blueprint of a #-D printable gun and actually having a gun. Does the judge full comprehend that? I doubt it very much. If there is one theme that runs through judicial decisions and opinion involving rapidly evolving technology, it is that most judges and too many lawyers don’t understand the technology well-enough to regulate it or make coherent policy.

I still think this is such an obvious example of prior restraint that the Supreme Court will knock it down, especially after Kavanaugh joins the Court, and I hope I am wrong that the anti-Second Amendment liberal wing will unite in dissent, but I believe that is likely.

Ought I to say this? What the hell….

I am increasingly coming to believe that what is really at stake in the upcoming elections is the Bill of Rights, and perhaps our democracy itself.  The “resistance’s” attempt to undo the election of President Trump is just part of a long-term, concerted assault on our institutions, by a growing faction that believes that freedom and liberty are too dangerous to be left in the wrong hands, and must be constrained—abridged, so to speak—by those who know best.