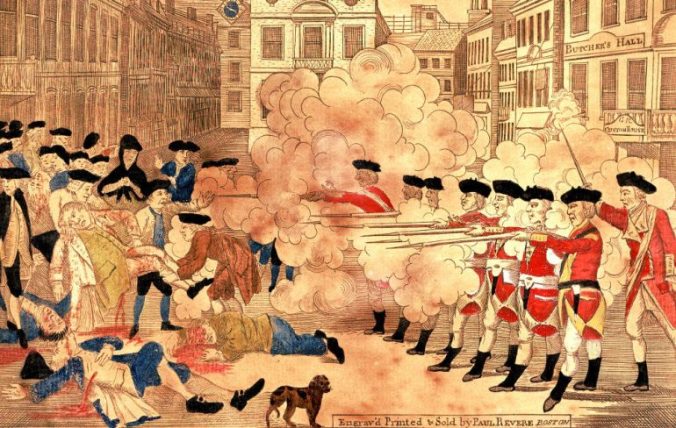 This was a classic leg of the 2016 Post Election Ethics Train Wreck, the Horrible, Disuniting Ride That Never Ends.

On Facebook, one of my dear, hate-addled friends posted that President Trump had “ordered” the military to fire on any of the invasion-minded “caravan”—you know, these charming people, 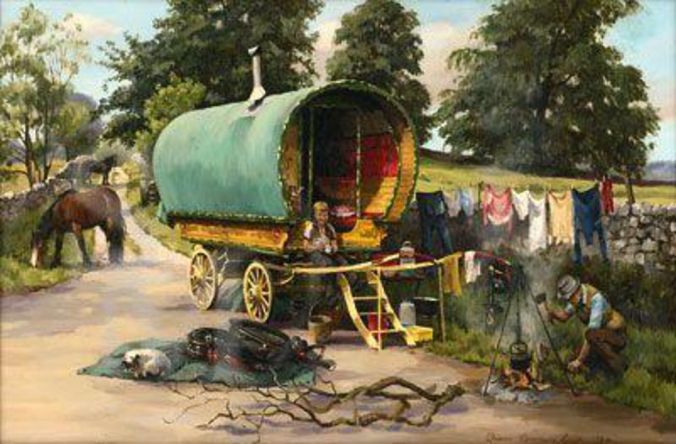 —laughing, dancing, singing, playing tambourines  and telling fortunes!—who threw rocks when they confront U.S. soldiers at the border. This statement, which seemed incredible to me but because it’s Donald Trump and he could literally say anything from “Give Peace a Chance!” to “I am the Lizard King!” at any moment for any reason, including his own amusement, I couldn’t be sure. All of my friend’s friends were sure, though, and the liked, sad-faced and angry-faced the post to death.

Of course, a President ordering the military to shoot unarmed civilians would be monstrous, as well as illegal. It would also be historically ignorant, as doing so would require cultural amnesia of the major national events that most closely mirror such a scenario, both with “massacre” attached: Kent State, and that little incident in Boston that where it was British soldiers doing the shooting.

That’s not what the President said, though. What he said was this:

Like so much else the President says, this is word cloud imprecision that can be taken to mean all sorts of things.  As an order, it is incoherent. As a warning or a threat, and one has to assume that this was at least part of the intent, and that at least part of the intended audience were the members of the “caravan” themselves, it is more clear, but mostly vaguely menacing. A statement that rocks are weapons when wielded against soldiers and police and will be regarded as such is legitimate. The warning, “Don’t throw rocks at our soldiers; you’ll be sorry if you do” is likewise legitimate, especially since this same group has thrown projectiles at Mexican police. “Consider it a rifle” can mean all or none of these things, or something else, so it is irresponsible, incompetent  rhetoric in such a serious context.

But in no way does it refer to an “order.” How did my perpetually angry, Trump-deranged friends  jump to that conclusion? I assume it was–guess who!—CNN, which threw around this journalistically dishonest language: “Trump said military should shoot rock-throwing migrants.”

Call it a lie, fake news, whatever you want: the President did not say that the military should shoot rock-throwers. CNN, like much of the mainstream nlews media, deliberately frames stories to seed Trump-hate and hysteria, and after years of conditioning, the “resistance” and the like-minded take the bait. This conduct justifies every single thing the President and other critics say about the news media. It is biased, it is intentionally divisive, and it distorts facts withe the specific goal of undermining President Trump’s public support. Reporting the statement he made straight would fairly spark public criticism: “Consider it a rifle” is inflammatory. But CNN had to cheat, and my Facebook friends leaped to the next false conclusion, as CNN knew they would and wanted them to.

USA Today played it straight. Here was their headline:

Migrant caravan: Trump suggests immigrants could be shot if they throw rocks at military

That’s fair and accurate, and in fact is better than what Trump actually said. They could get shot. Anyone who throws projectiles at police or soldiers could get shot; we know that because ( Boston, Kent State) we know our history, and we know that rock-throwers DO get shot, because even well-trained troops faced with angry mobs sometimes panic and shoot. But it was the false, CNN version that gained traction, and then Nigeria decided to help out the resistance by posting a video of Trump’s comments on Twitter with the caption, “Please Watch and Make your Deductions.” It was trying to use the President’s word cloud to somehow justify its  own Army using automatic weapons to disperse a mostly peaceful protest last week, shooting people as they fled. At least 45 protesters were killed, and many were wounded. Never mind that President Trump has no responsibility for actions of the Nigerian Army, nor that his whatever it was justified what the Army did retroactively, nor that what a brutal regime chooses to use to try to justify its brutality is completely beyond the control of President Trump. Anything to further the negative narrative, though: the Nigerian chapter was also popular on Facebook.

As predictable as the Red Sox victory over the Dodgers, Trump came back with a clarification of his remarks (note the factually false headline: CNN doesn’t “walk back” its biased reporting), presumably after one or more aides pointed out that the new narrative was that he was telling soldiers to pick off women and children.  This also playing into the hands of illegal immigration activists, who know their “Rules for Radicals.” The whole idea is for demonstrators, lawbreakers and radical mobs to provoke violence from authorities, making the mob into victims, and law enforcement into villains.  The public is historically incapable of separating sympathy and emotion from facts and ethics, and  for a member of the “caravan,” especially a woman or a child, to be wounded is the dream of open-border zealots.

How many times have we seen this same game plan play out?  From the Sixties campus protests to the Occupy fiasco and the Ferguson  riots, making authorities to walk a filament wire between allowing anarchy to reign and using excessive force is a winning battle plan. I’m sure the reporting on his original statement had the “caravan’s” organizers dancing a Central American jig, if there is such a thing.

In the end, this was just another repeat of a familiar ugly cycle. The President will never learn, the news media will never do their job ethically, social media is self-executing bias, and the “resistance” remains irrational and ready to rumble.