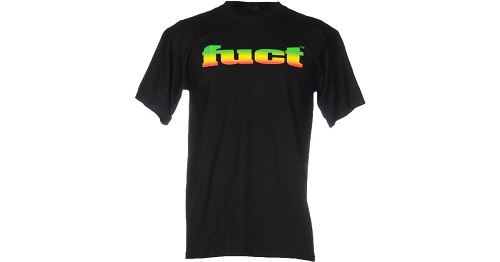 It should be. It’s amazing to me that this issue has to take up the time of the Supreme Court, it’s so obvious.

Last week, the U.S. Supreme Court agreed to review that case of Iancu v. Brunetti, and decide whether the Lanham’s Act’s ban on “immoral” and “scandalous” trademarks violates the First Amendment. The U.S. Patent and Trademark Office had refused to register a trademark for a line of clothing called “FUCT,” reasoning that “FUCT is the past tense” of a vulgar word and is “therefore scandalous,” a federal appeals court said. The U.S. Court of Appeals for the Federal Circuit had struck down the ban on scandalous and immoral trademarks in December 2017,  but clothing designer and artist Erik Brunetti had agreed that the Supreme Court should hear the case even though he had won.  The cert petitions are here and here.

The Supreme Court struck down another provision of the Lanham Act in June 2017,  when it held that the ban on “disparaging” trademarks violated the First Amendment. The case, Matal v. Tam, was filed by an Asian-American rock band that wanted to trademark the name the Slants. The vote was 8-0 because Justice Neil M. Gorsuch did not participate in the decision. That decision also squashed efforts begun by Democrats and the Obama Administration to force the Washington Redskins to give up their “offensive” team nickname. The team’s trademarks had been cancelled in 2014 following complaints from “offended” non-football fans and a small minority of Native Americans. Justice Samuel Alito wrote for the Court,”It offends a bedrock First Amendment principle: Speech may not be banned on the ground that it expresses ideas that offend.”  The opinion rejected the government’s argument that protected trademarks become a form of government, rather than private, speech.

Brunetti’s lawyer argues now that the U.S. Patent and Trademark Office has made arbitrary decisions in the past about what is scandalous;  for example, it had approved a trademark for another iteration of “fuck,”as well as the phrase “WTF IS UP WITH MY LOVE LIFE?!”

Last time I was certain that the Courts would vote unanimously I was tragically wrong, here. Is my confidence warranted this time? The previous 8-0 decision in a similar matter bolsters my belief, as does the fact that conservatives on the courts can be relied upon to support freedom of speech, and the liberals on the Court are a different species from the Democratic Party’s current “hate speech” banning progressives. Standards like “immoral” and “scandalous” in the Lanham Act seem both vague and quaint.

24 thoughts on “Ethics Alarms Reader Poll: Will The SCOTUS Decision on “Fuct” Be Unanimous?”