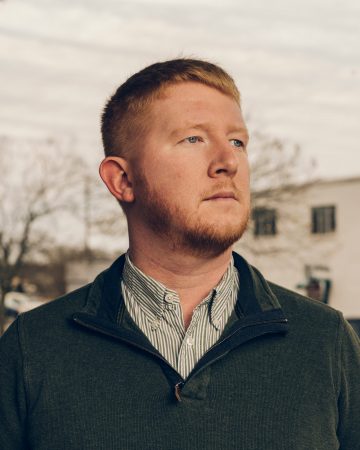 I guess we may find out.

In a profile of Virginia’s new House of Delegates member Lee Carter, one of the Ocasio-Cortez school socialists that snuck into the Virginia’s House under the Democratic Party banner, the New York Times quotes him as tweeting this as part of his (smart) efforts to get all of his dirty career and personal laundry out and in public before the next election:

“Just like everyone else under 35, I’m sure explicit images or video of me exists out there somewhere. That’s just a reality of dating in the smartphone era.”

I could concentrate on the statement itself, which does not bode well for Carter’s ethical decision-making in the future. It is, after all, an appeal to the biggest rationalization of them  all, #1 on the list, “Everybody does it,” as he is suggesting that if “everyone else” exposes their naughty bits inline, it’s a responsible thing to do. Carter also evokes #41 (I HATE #41),  The Evasive Tautology, or “It is what it is” as well as 1A, Ethics Surrender, or “We can’t stop it,” claiming that there is no choice other than to go full-Weiner to court the opposite sex.  In fact, there are other choices, like being modest and responsible, and not sending your crotch into cyber-space where it can get into all sorts of mischief.

While we are here, I also have to ask what “explicit images or video” means. Explicit how? Is Carter really saying that it doesn’t matter whether an explicit video shows him flexing in the mirror of going full Louis C.K.?

The statement itself suggest to me that Carter is neither especially ethical, trustworthy or bright, but then I don’t consider socialists ethical, trustworthy or bright. They want to constrain personal liberty and autonomy, and advocate increased government  incursions on our freedom based on their presumed superior priorities and values. They also are either unaware of how routinely socialism has failed, or dishonestly choose to pretend otherwise.

But I digress. The issue at hand is whether in this “smartphone era” an elected official should be able to maintain that his (or her) explicit photos or videos in no way reflect on fitness to serve.

Back in 2010, when Scott Brown was running for his brief tenure in the U.S. Senate in Massachusetts, his Democratic opponent and others tried to make an issue of the fact that he had posed for a semi-nude  Cosmo fold-out  when he was young, hot, and needed cash. This was before the Brett Kavanaugh theory became popular among Democrats, which is that anything a Republican does as a student, or ever, can be dredged up and used to condemn him. Massachusetts voters reasonably saw no character deficiencies or lack of responsibility in Brown’s youthful vanity, and I doubt it lost him a single vote. (Maybe it should have)

On the other side of the issue, we had the misadventures of the ridiculously named Krystal Ball. In 2010, she was a 28-year old, almost credential- and experience-free Democratic Party nominee for United States Congress in Virginia’s 1st Congressional district who eventually lost to Republican incumbent Rob Wittman. During the campaign, old photographs surfaced of Ball and her then-husband at a college Christmas party, showing her dressed as “bad Santa,” leading her husband, dressed as a reindeer, around S and M style by a leash, and sucking on his long, fake, phallic red nose.  Like this: 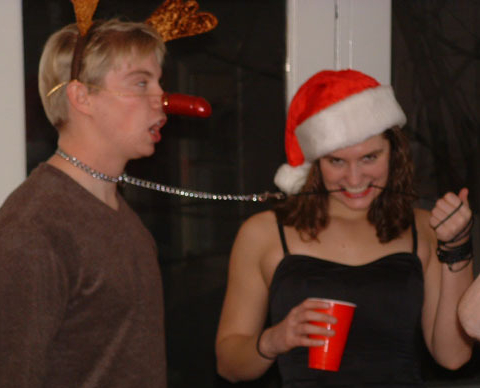 Because one never gets a second chance to make a first impression, this almost certainly DID lose Krystal votes, though she would have lost anyway. Thereafter, she complained that she was subjected to a double standard, and cited Brown’ fold-out as evidence:

“He had pictures from the same age as those pictures of me, only he was completely naked, in the centerfold of a national magazine, and it was not even a bump in his campaign; in fact he has even said that it helped him a little bit in his campaign. And I’m not holding anything against Senator Scott Brown… that’s as it should be, in my view, because those kinds of things to me are not relevant to the campaign trail. And I do think there’s a double standard.”

When a candidate has nothing positive to run on but her gender, is only 28 and has to convince voters that she is wise, responsible and mature beyond her resume and years, yes, a photo of her acting ridiculous and salacious, whatever it is, will hurt….A photo of a male Congressional candidate sucking a phallus at a Christmas party would hurt an equivalent male candidate just as much, arguably more. Scott Brown’s fold-out for pay is not comparable in any way. When he ran for the Senate and his modeling career surfaced, he was a veteran, a lawyer and had served six terms in the Massachusetts State Legislature: he had credentials besides his man-things.  Using a modeling gig when he was 22 to discredit him looked and was silly and desperate.

There are many double standards, but the “Candidate For Congress Who Is Photographed Sucking The Phallic Red Nose Worn By Her Reindeer Attired Husband At A Christmas Party Principle,” or the CFCWIPSTPRNWBHRAHAACPP for short (a distant cousin of the “Naked Teacher Principle”), which holds that if a candidate for Congress has photos depicting the candidate sucking phallic reindeer noses and leering turn up on the web, that candidate cannot credibly protest when the public concludes that said candidate’s judgment may be faulty, is gender neutral.

Now back to Carter. He’s an elected Virginia legislator now, and that’s the context. Unless his “explicit” photos and videos date from after his election (The Weiner Scenario) or involve him engaging in objectively illegal or obscene acts (making love to an elk), then his online indiscretions won’t and shouldn’t be held against him.

[ Notice of correction: Somehow I misidentified Carter as a member of Congress, when he is but a lowly Virginia legislator. Why he warranted the huge prgile in the Times, I have no idea. Thanks to Phil Alperson for flagging the error.]

22 thoughts on “Is There A “Naked State Legislator Principle”? [Updated]”