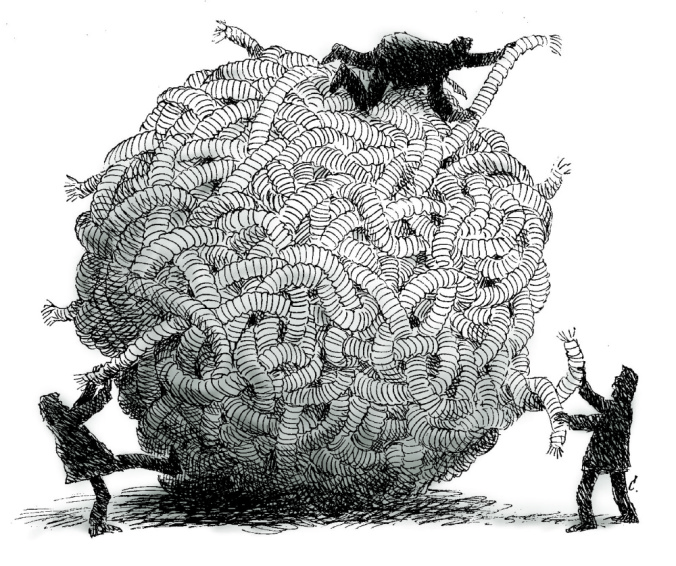 Almost all of the Democratic Presidential wannabes are claiming that they support reparations for slavery. This is signature significance for shameless pandering and dishonesty, of course, and pretty redolent, in my assessment, of buying black votes. There are many, many things coming out of the mouths of the various demagogues, empty suits and crypto-socialists aspiring to unseat Donald Trump that are impossible–banning combustion engines, free college for all, ending the Electoral College, and many more—but reparations is a special species of fantasy, wrong in every way.

I have been periodically reading scholarly and not so scholarly debates about the feasibility  and justification for reparations for decades, and I have come to see this as less of a policy debate than a confession of defeat. Of course, every year that the timeline retreats from the end of slavery, the more logically untenable the mass hand-out of massive amounts of money that the nation cannot afford  to the descendants of slaves becomes. Ethically it was always untenable, and guaranteed, if such an irresponsible thing actually happened, to exacerbate racial divisions while creating endless demands for similar programs to benefit other groups, especially Native Americans. And why shouldn’t women receive reparations for all those centuries of forced labor and childbearing without civil rights, if the United States is going into the retroactive damages business?

Polling is a bad way to conduct a nation’s business, but sometimes the public can detect a true stinker when it sees one:. Reparations are unpopular with about 80% of the population, and I sense that even progressives just pretend to tolerate politicians who blather on about it because they know it’s all for show, and designed to harvest naive votes for more practical crazy leftist proposals.

Many of these proposals involve trying to somehow solve the gaps between black and white success and achievement in America, and mostly consist of rigging the system in various ways, especially now that Affirmative Action’s days are numbered, (and didn’t work that well anyway). Are a disproportionate number of blacks getting tossed out of school? Stop holding blacks to disciplinary standards—better yet, stop holding any students to disciplinary standards. Bad test scores making it more difficult to justify discriminating against Asian-Americans with better test scores? Eliminate testing as part of the college admission process!  Are too many African-Americans incarcerated? Legalize as many of the crimes as possible, and then  stop sending non-violent law-breakers to prison. These and other measures are no more fair of logical than reparations, just cheaper and easier to con or guilt Americans into accepting.

Back in March of 2016, I temporarily lost my mind in the wake of our first black President’s utter failure to address our race problems, despite his soaring rhetoric.  Charts from the Brookings Institution’s Social Mobility Memos blog were posted to the web, and starkly indicated that the  apparently intractable problems of American blacks that I studied in college had failed to improve in 50 years. I wrote this post, in which I  concluded, after a number of depressing observations,

“This is a Gordian Knot, and that means that it needs to be cut, not untied. Here is what I believe is the germ of a radical policy approach that might lead to more progress in the next 50 years… I believe that the disadvantages that black citizens have had to overcome were too serious and too extensive, from the end of slavery to this moment, for any group to overcome. All the billions spent at all levels of government in welfare and assistance programs, government grants and training, affirmative action and racial preferences, have been at best band-aids, and at worse have incentivized destructive cultural norms and individual conduct.”

I then proceeded to make no sense whatsoever. While again rejecting the concept of reparations (“the hell with that. [The idea is] to punish [whites] for the sins of slavery committed by their ancestors by arranging a massive transfer of wealth based on principles of tort law and damages. This has always been a pipe dream of civil rights extremists, couched in the language of revenge, as if the nation and the nation’s white citizens have made no efforts, sacrificed nothing, expended no resources or wealth, to try to undo the legacy of slavery and Jim Crow. Reparations are not going to happen, as the concept itself is unjust….”), I proposed a solution….that was indistinguishable from reparations:

“The deep hole black America is mired in cannot be overcome unless there is significant narrowing of the racial wealth disparity. Addressing that isn’t reparations, it is social policy to fix a problem that undermines all of us, not just African-Americans. It would require a careful and difficult compromise: ending most of the programs that constitute those leaky bureaucratic, bloated, inefficient band-aids on the cultural maladies in the black community, and redirecting that money for a one time, five-figure grant to every black man, woman and child, regardless of prominence or class. The amount of the grants would depend upon how much could be accumulated from cuts elsewhere.

The objective of the program would be to close gaps that now appear too great to overcome, with the understanding that black citizens, in the true spirit of the nation, now had resources to control their fate. Now they would need to take advantage of a unique opportunity, making good choices and using the grants productively.”

The sad little man who is suing me for defamation on the blog argued in court  last year that I operate like a king on Ethics Alarms, and that the readers here routinely regard every word and ethics verdict to issue from my fevered mind as priceless jewels and the Absolute Truth. He obviously didn’t read the comments on THAT post. Over 237 comments, the Ethics Alarms regulars tore my reasoning to shreds, despite my efforts at rebutting them. They were right, I was wrong: as I said, the post seems to have been generated by despair rather than reason. However, a more thorough debunking of the Democrats 2020 likely reparations platform would be hard to find.

I’m better now. I am also, unfortunately, also back at Square One, my “Do something!” phase regarding race in America having accomplished nothing, as “Do something!’ arguments always do, and I still see no solution on the horizon.