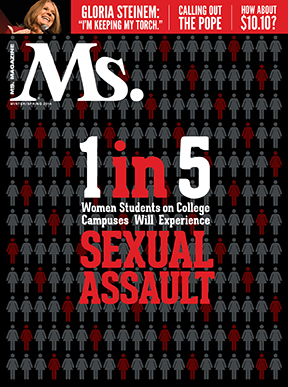 Senator Kamala Harris cited the stat in April, and if someone doesn’t stop her, it will become part of the pro-socialism “narrative” during the 2020 election campaign.  “In America right now today,” she said, “almost half of Americans are a $400 unexpected expense away from complete upheaval.”  Naturally the statistic appealed to Top Demagogue Senator Elizabeth Warren, who echoed Harris last month: “The gap between incomes and costs is so gaping that 40% of Americans can’t come up with $400 in an emergency.” Then there is  Bernie, or course,  who says: “Four in 10 [Americans are] unable to afford a $400 emergency expense.”

I’m sure the rest of the field will come around to using the stat too; dishonesty loves company, especially when the idea is to frighten the members of public who trust what politicians say. And why shouldn’t they? Warren was a Harvard professor—she must know what she’s talking about! She wouldn’t use a statistic like that without checking it, would she? Nah! Warren and Harris are both lawyers too, and lawyers have enforced ethics rules that say they must not lie. All three—Warren, Harris and Sanders—are U.S. Senators. Surely three distinguished Senators wouldn’t all use a false statistic to deceive us! Would they?

Not only would they, they have. I admit, I’ve heard the $400 statistic many times, and just assumed it was grossly distorted somehow, because it makes no sense. There are so many  statistics like that designed by activists to make problems seem so much worse than they are, and to represent the U.S. as violent, poverty-stricken, racist hell-hole where women are paid a pittance, children are routinely sexually molested, college is a rape-fest, cops hunt down unarmed blacks for sport, and everyone is poor, hungry, anxious and miserable. Why we have an illegal immigration problem is a mystery; you would think that people would be streaming out.

I have to take some responsibility for the fake stat problem: assuming such bogus stats are junk, shrugging them off  and not checking the data is just as wrong as accepting them as truth.

Fortunately, Michael R. Strain, director of economic policy studies and resident scholar at the American Enterprise Institute, did his homework. His debunking of the stat isn’t spin, or a different take on ambiguous data. Strain went to the source material, and sure enough, everyone who apes Bernie, Kamala and Liz are either negligently passing on falsehoods or lying. His conclusion?  He writes, “It turns out the claim that nearly half of Americans are a flat tire away from financial crisis is largely based on an inaccurate reading of one survey question.”

“Inaccurate reading” is more than kind, as the rest of his analysis makes clear.

The question comes from the annual “Report on the Economic Well-Being of U.S. Households” by the Federal Reserve. The report finds, in 2018, that 61% of adults would cover a $400 unexpected expense using cash (or its equivalent). Politicians and many in the media seem to be subtracting 61 from 100, and concluding that 39% of people, to use Warren’s phrase, “can’t come up with” the money they’d need to handle this situation.

Are they all that stupid? Of course not. They are deliberately misrepresenting the finding. By no possible logic can one conclude that if 61% would cover a $400 unexpected expense using cash, the rest couldn’t cover it at all. Note also that for Harris, 39% is “almost half.” That’s a lie: even if the 39% figure was accurate, it’s a lot closer to a third than it is to “half.”

The report states: “Twelve percent of adults would be unable to pay the expense by any means.” I’m dubious about that as well. In any event, 12% is a lot less than 39%.

Why yes, it is! ‘About 10% ‘is a lot less than “almost half.” Do you really think Harris just misunderstood the report, or never read the report and accepted the talking points she was handed by some activist intern?

The report also goes out of its way to make clear that some of the 39% who wouldn’t use cash might still have $400 in the bank: “It is possible that some would choose to borrow even if they had $400 available, preserving their cash as a buffer for other expenses.” In a footnote, the report even cites a 2016 study finding that 76 percent of households had $400 in liquid assets, even after taking into account monthly expenses. A number of people with healthy finances carry some credit-card debt while also holding cash. A financial adviser might counsel against this, but it is not necessarily a sign that the borrower’s life is, to use Harris’s phrase, in “complete upheaval.”

Continuing to be too kind (or perhaps his tongue is in his cheek), Strain says,

“The common misinterpretation of this finding in the study is particularly strange in light of two other questions on the same survey. The Fed asks respondents whether they are able to pay all of their bills in full. Only 17% say they can’t pay some bills. Again, 17%, not 39%. The Fed also asks respondents how a $400 emergency expense that they had to pay would affect their ability to pay their other bills. Eighty-five percent report that they would still be able to pay all their bills. Only 14% say that the emergency expense would result in their not being able to pay some bills.”

It’s not strange, and I suspect Strain knows it. The media and politicians are deliberately misrepresenting the report to bolster their agendas and policies by manufacturing a dire state of society that doesn’t exist. The kindest explanation, to channel Strain, is that progressives are so convinced that life in the U.S. is nasty, brutish and short that confirmation bias drives their credulousness.

27 thoughts on “Oh, Great. ANOTHER Fake Stat That Everyone Will Cite As True For A Decade Or More: The $400 Emergency Expense Lie”